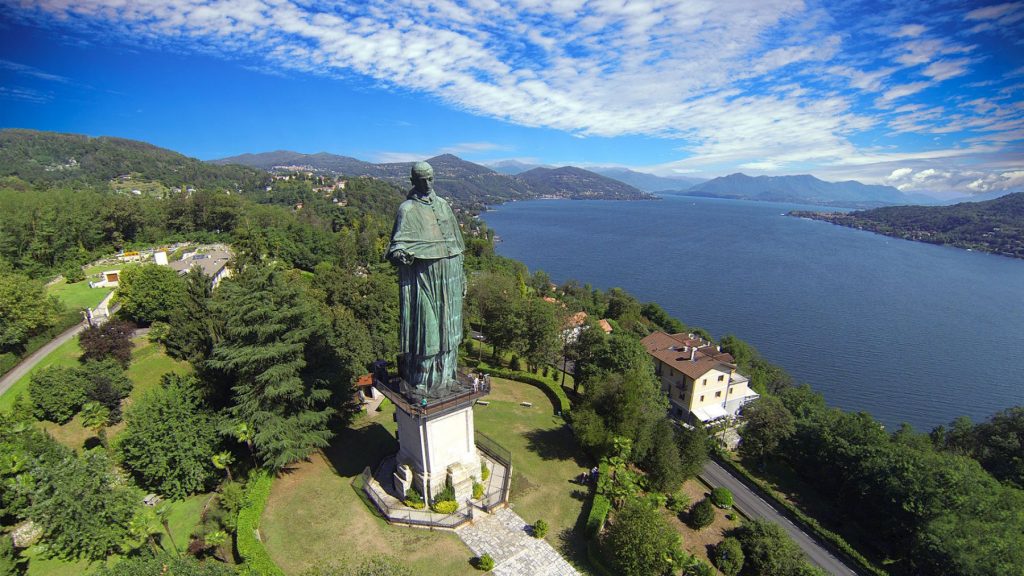 Have you ever wondered about exploring the interior of a statue? This incredible and unique experience is actually possible. Among the various locations that offer this experience is the town of Arona. This is where you’ll find the statue dedicated to San Carlo (Saint Charles), otherwise known as Sancarlone.

Arona is both a historic tourist town situated on the west bank of Lake Maggiore. Visitors have multiple options such as the Archaeological Museum, the Mineral Museum, churches and parks, including Lagoni di Mercurago Park and so much more. 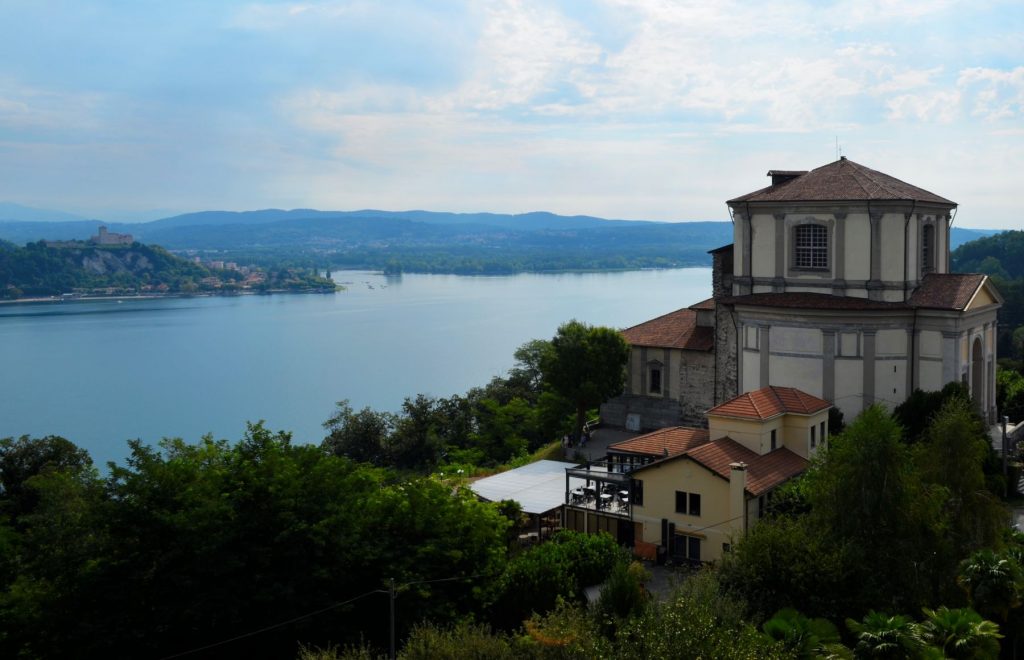 The origins of the city can be traced back much further, but the historical period that began in 1439, and that continued until the seventeenth century, is the focus of this article. It was then that Arona was given in concession to the Borromeo family.

Indeed, between the fourteenth and the fifteenth centuries, the family founded the Borromeo State in the territories of the lake, establishing one of its two branches in Arona. Vitaliano Borromeo became earl of the fortress, which in those years saw the consolidation of its structures, including the walls and a secret street. 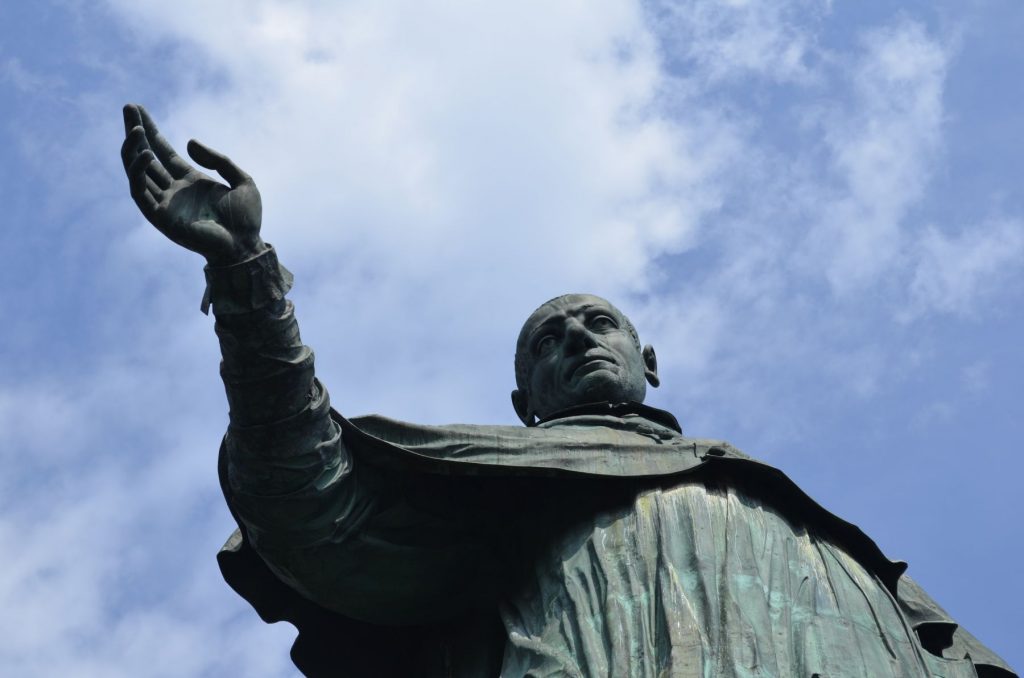 It was precisely in the fortress that on October  2, 1538, the son of Gibert II and Margaret Medici di Marignano, Charles Borromeo, was born. At the age of seven he began his ecclesiastical career which led him to his appointment as Archbishop of Milan, the city where he later settled, and to the canonization in 1610 by Pope Paul V.

In honor of this event, the Sacro Monte di Arona or Monte San Carlo, the Church of San Carlo and the majestic statue were all built. 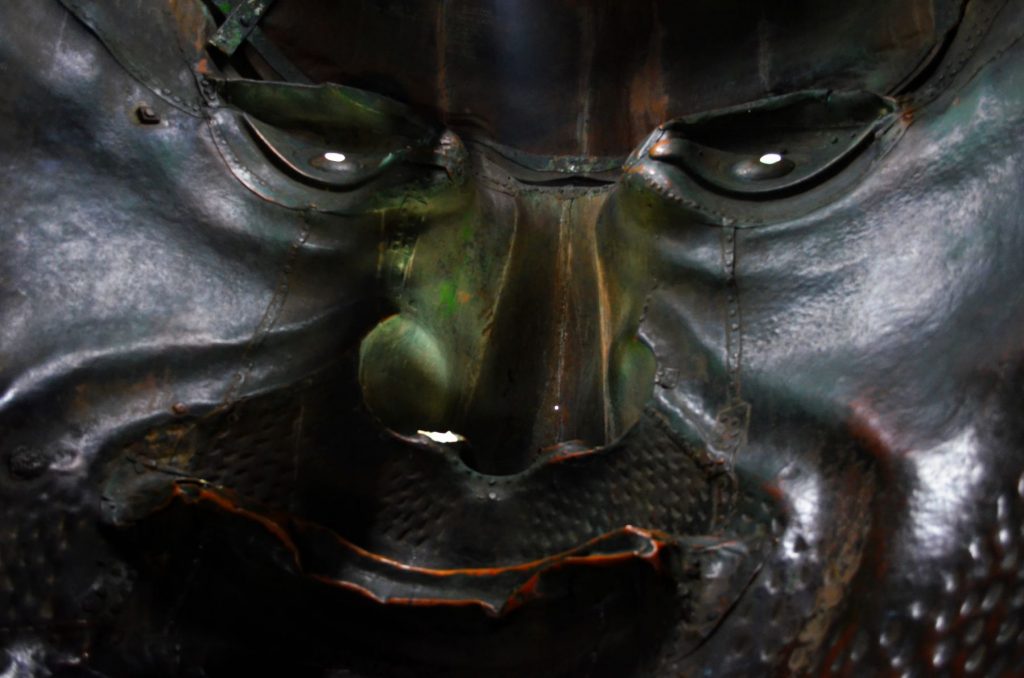 Dominating the hill and visible from the banks of the lake is the statue dedicated to Charles Borromeo, the so-called Sancarlone. The colossal statue, perched at an altitude of 310 meters, is 23,40 meters high and stands on an 11-meter pedestal. The saint stands upright dressed in ecclesiastical garments and holding a volume with his left arm while, with the right one (consisting of a complex metal structure, conceived to resist the strong winds) is stretched towards the city to bless it.

The Statue was completed in 1698, designed by Giovan Battista Crespi called “il Cerano” and built by the sculptors Siro Zanella and Bernardo Falconi, who made all the copper parts that could be assembled, increasing their dimensions. The statue which is held up by a supporting core in stone, brick, and iron, is made of hammered copper slabs fixed on the support structure and joined together with nails and tie rods. Inside, it is hollow. 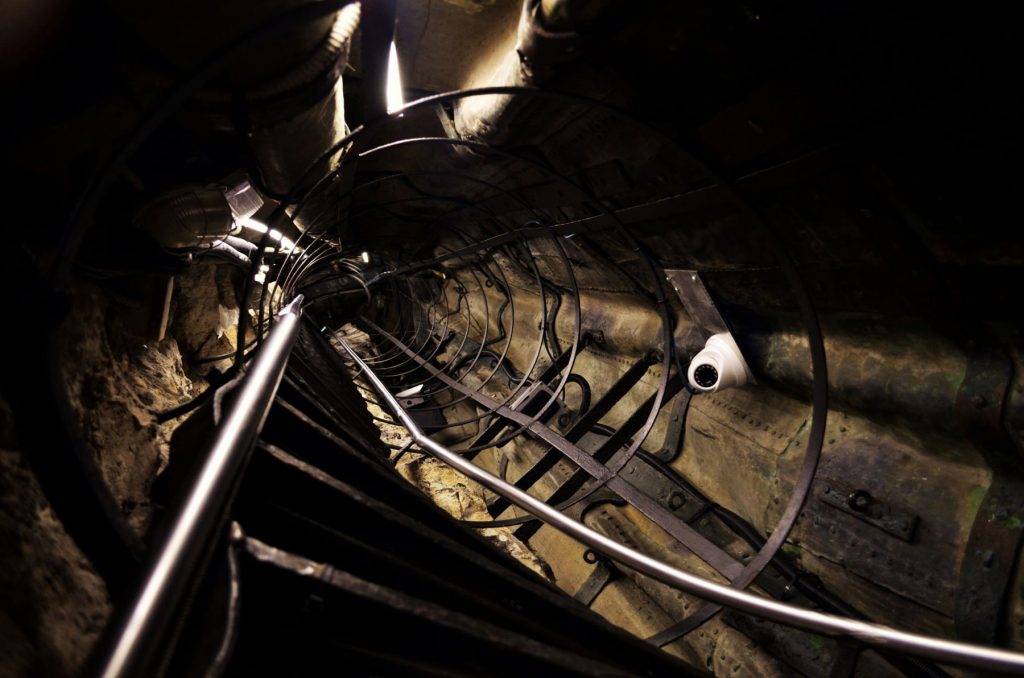 You will not really realize its size until you reach the pedestal after you have walked along the path leading to the base. Climb up the iron spiral staircase that leads to Saint Charles’ feet and here you will find the door to enter inside the statue. Go into the folds of the saint’s dress and don’t let yourself be intimidated by what awaits you.

After a few ramps, the spiral staircase becomes a classic, but very steep, ladder that develops in a very narrow vertical space. The climb is not easy, but trust me, the emotion of reaching the top, which holds up to six people, is worth it. The surrounding panorama of the lake, seen through the circular holes of the eyes, nostrils and ears of the saint (or even through some openings in his back) is truly a one-of-a-kind experience.

An interesting fact is that at the foot of the Statue of Liberty there is a plaque that pays homage to Sancarlone stating that Lady Liberty was built following the model of Arona’s famous statue. Frédéric-Auguste Bartholdi had stayed in Arona prior to designing her.

Post Views: 1,698
S. Zanini
What to See in the Mugello Area
Cycling in Trentino: the Fiemme and Fassa Route in the Dolomites