Christmas and Beyond in Venice: the Rialto Market and More

Venice is losing its identity, more and more overwhelmed by mass tourism that is distorting its places and transforming it into a large playground. Just yesterday I was in the historic center and a Venetian doc told me:

Even now that it is December, Venice is no longer the same. You can no longer see the fog that enveloped the city and created the magical atmosphere of Luchino Visconti ….

Despite this, there are places where you can still feel the true soul of the city, places frequented by the Venetians since the beginning, since the creation of the Republic of Venice. 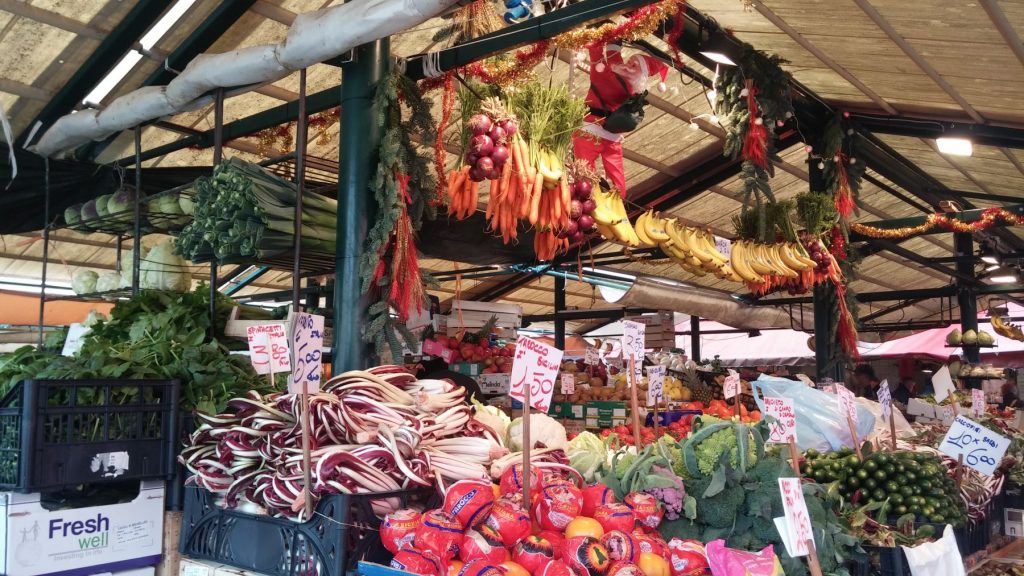 If you decide to spend a few days in Venice during the Christmas holidays, dedicate one morning to the Rialto Market, one of the most evocative places of this city.

I advise you go there on a business day when the heart of Rialto is alive and pulsing. You’ll hear the merchants shouting and boasting about the quality of their goods; you’ll see the bright colors of the fruits and vegetables exposed on the benches; you’ll see the equally colorful fresh fish that has just come in from the Venetian lagoon.

Testimony to its origin, there’s an ancient slab on a façade of the market that shows the minimum measurements required of the various fish to be sold. The names are written strictly in Venetian dialect. You might need some help from a local! 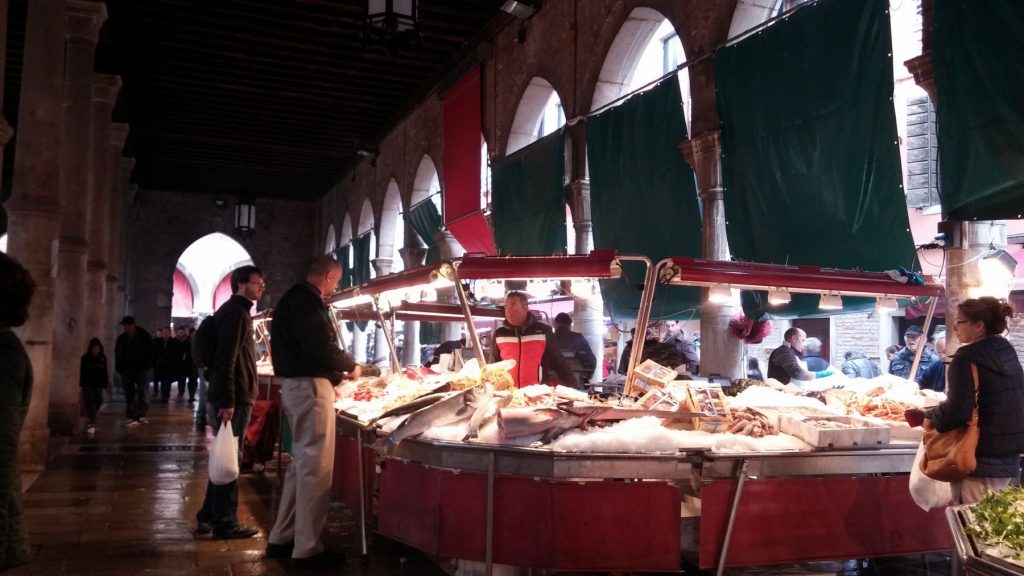 The Rialto Market at the Time of the Venetian Republic 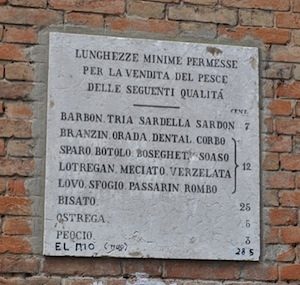 Rialto is one of the oldest areas of the city. Its original name was Rivoaltum and derived from the depth of the canal that flanked the western bank of the Grand Canal. It was the perfect place for docking large ships loaded with goods that served to fuel all of Venice and beyond. A strategic area for a city that lived on international trade, also selling precious products such as fabrics, jewels and precious spices that came from the East.

The commercial nucleus in the golden age of the Republic of Venice was much larger than now, and included, in addition to the Pescaria, the fish market and the Erbaria, or fruit and vegetable market, also the Naranzeria for citrus, the Beccaria for meat, and Casaria for milk and cheese.

Then there were the Ruga degli Oresi and Spezier, narrow streets reserved for jewelers, precious metals and spices, and also La Spadaria where weapons were made, the Frezzeria or arrows, and the Calle dei Fabbri or the metals. Through the Mercerie, where silks and precious fabrics were sold, you would arrive in Piazza San Marco, the living room of Venice. 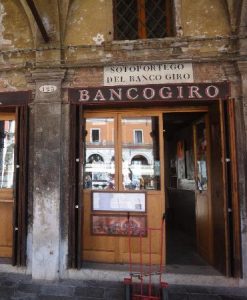 Of all the ancient commercial heart of the city, only the Pescaria and the Erbaria remain. The names of the other places are still painted on the famous nizioeti, the street signs painted on the walls of the streets. But now, for the most part, Venice is lined with “soulless” shops.

The Venetians of the ancient era were very well organized with excellent managerial skills. In the year 1600, they established the first form of a credit bank in the portico that overlooks Campo San Giacomo in the Rialto district. Merchants and traders found themselves bargaining very often in the name of their noble masters who did not want to “get their hands dirty” with “vile money”. The Bancogiro was the name of this credit institution.

Guess what that has become? A bacaro!

The Bacaro and Venetian Street Food 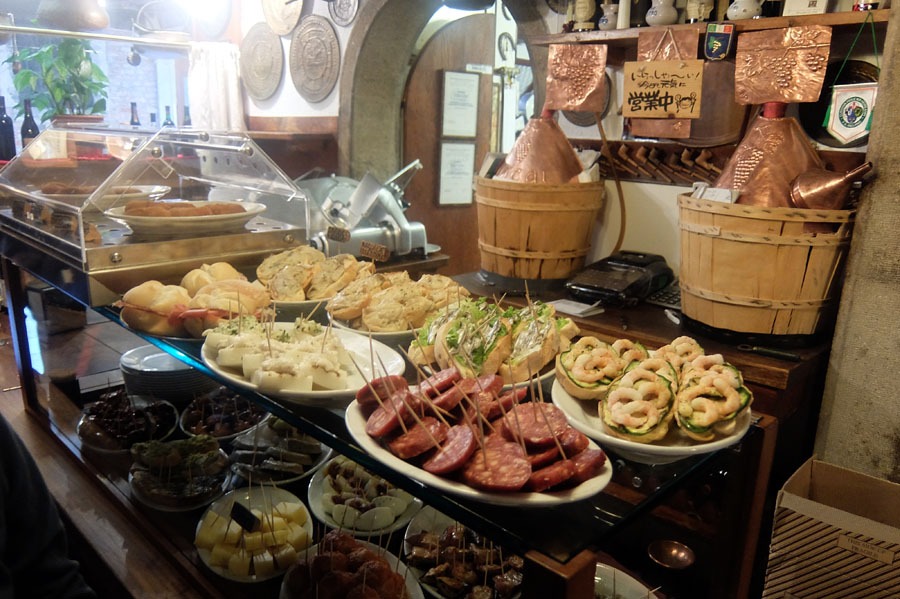 If you should get hungry while wandering the streets of Venice, hopefully you’ll skip the pizza and sandwiches and instead, go for an authentic bacaro or a Venetian tavern.

Expect to eat standing up like the locals and choose from a variety of cicheti accompanied by ombra de vin. You’ll want to savor these Venetian specialties: croutons with creamed salted cod, sardines, cold meats and local cheeses. The Rialto district, or just outside of it, is your best bet for finding bacari.

I won’t attempt to list the names of the best here, but simply search for bacari by Luciano Pignataro. Hopefully, you’ll be able to experience more than just one!