Visiting the Beautiful City of Bolsena and Its Lake

In the heart of the ancient Etruscan region known as Tuscia and close to the Tuscan border, lies the beautiful lake and town of Bolsena. This medieval town offers visitors a perfect holiday experience with its quaint historic center and gorgeous lake. It is also close to other major tourist attractions. Let’s find out what to see in Bolsena! 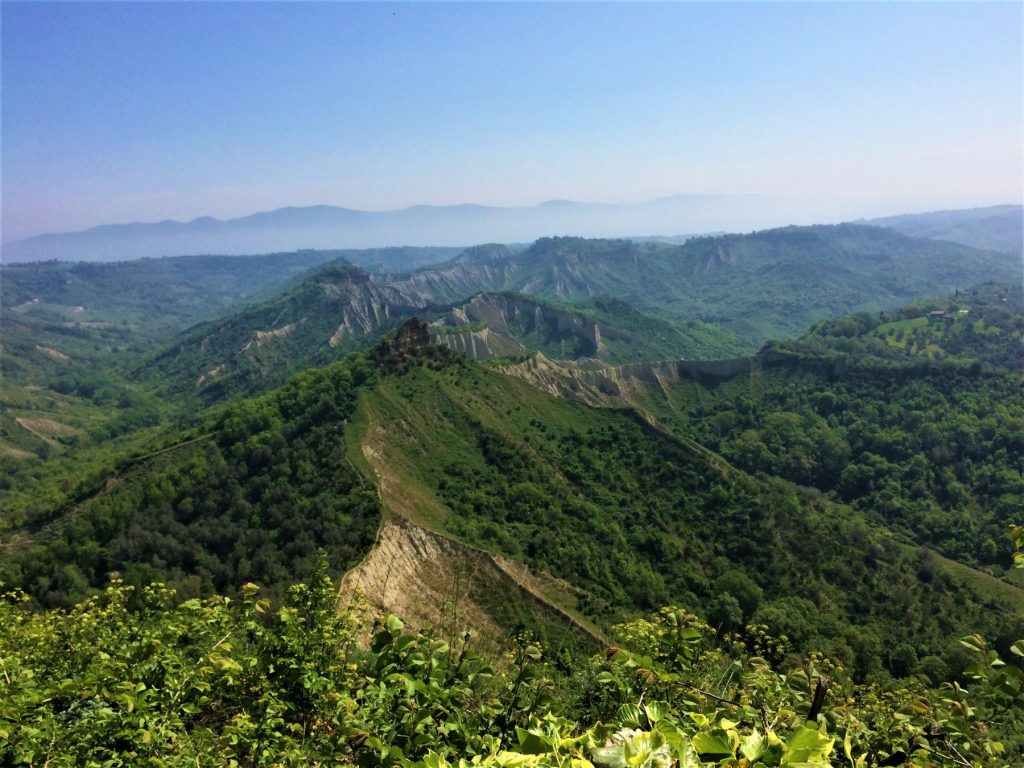 Bolsena is a town of about 4,000 residents with a lovely, medieval historic center, a castle, and obviously, a spectacular lake.

Lake Bolsena was formed about 300,000 years ago when the nearby chain of Volsini Mountains erupted creating this massive crater.

In Etruscan times, this area was named Velzna (actually present-day Orvieto) and was one of the 12 Etruscan cities that made up the dodecapoli. After the Romans conquered the Etruscans, they renamed it Volsinii and moved it to present-day Bolsena. It was positioned along the ancient Roman Via Cassia which, centuries later, proved to be more of a liability because it made the city vulnerable to frequent raids.

After the Lombard invasion, Bolsena experienced a rebirth partly because the old Via Cassia became the Via Francigena route to Rome and to the Holy Land. 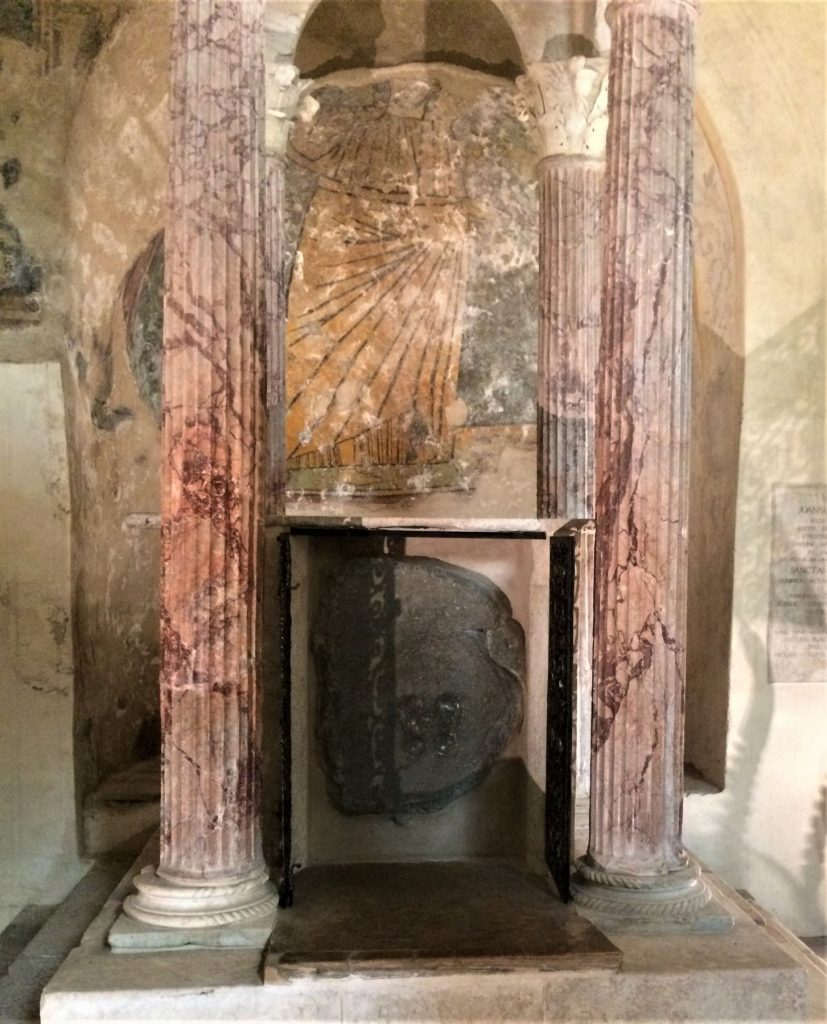 The stone with the saint’s footprints

Located outside the historic center, in the lower part of the city, lies the Collegiate of St. Cristina. Erected in the 11th century in true Romanesque style, it was later renovated with its current Renaissance facade. Some of the columns inside date to Roman times.

This church is near and dear to the people of Bolsena because Cristina is the town’s patron saint. In the year 292 AD, this daughter of a Roman official converted to Christianity against her father’s will. She was tortured and thrown into Lake Bolsena with a weight tied around her neck only to float to the surface saving the girl and making believers out of the onlookers and skeptics. Every year, on July 23 and 24, the town celebrates her feast day with a reenactment and festival.

The chapel dedicated to her has priceless frescoes adorning its walls. The grotto of St. Cristina can be visited here as well and holds a slab of basalt stone containing the saint’s footprints which were cast on her way down to the lake. Her remains are also held here.

Another miracle took place at the Collegiate in 1263, the Corpus Domini. The stained marble of the bleeding host is kept in the Chapel of the Miracles.

The historic center is a combination of medieval and renaissance architecture with its dominant feature being the magnificent Monaldeschi Fortress. This square castle with four towers was erected between the 13th and 14th centuries by Orvieto. Today, the castle houses a museum that includes artifacts dating back to the Etruscan and Roman times as well as more recent pieces. The panoramic view from the top is spectacular! 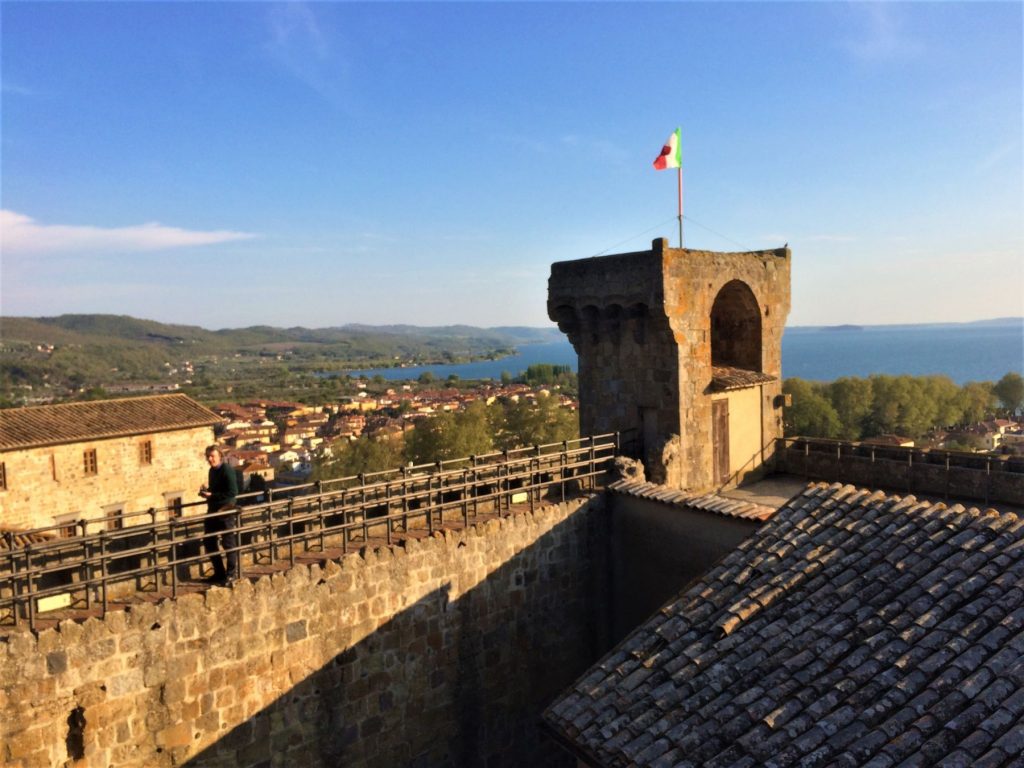 Just before entering the historic center walls, make sure to stop at the ex-Church of St. Francis which dates to the 13th century. It has now been converted into a theater that seats up to 300 people. The facade is Gothic and inside the single-nave plan, the original frescoes are still visible.

From the center, you can make your way down to the newer part of Bolsena and walk the beautiful vias lined with gigantic Sycamore trees toward the lake. In the springtime, they explode in shades of pink putting on a show like only Mother Nature can. The lake itself is actually the largest volcanic lake in all of Europe and is 150 meters deep at its center.

All kinds of water sports are practiced here from fishing, sailing, kayaking, and swimming. The shores are sandy and wide in some places making it a lovely alternative to the overcrowded beaches in the late spring and summer. There are also numerous places for birdwatching as well as bike paths and trekking trails. 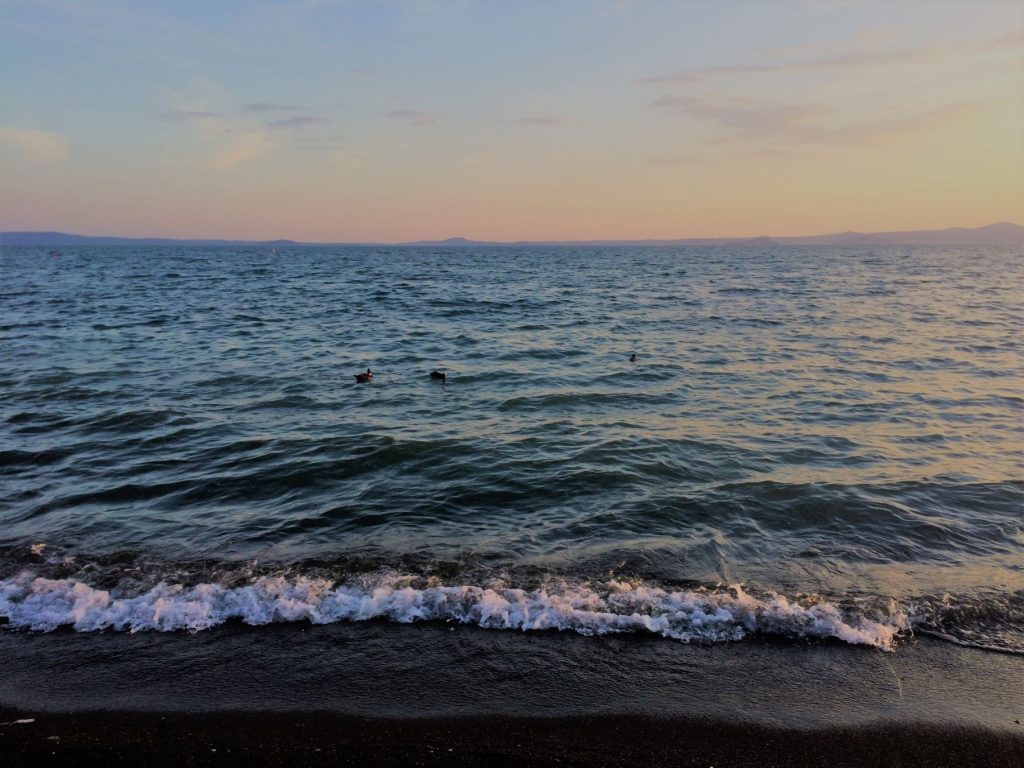 Lake fish are a staple in the traditional cuisine here and the most famous dish is by far Sbroscia. This ancient dish includes fresh-caught lake fish like pike, perch, eel, and whitefish which is stewed with onions, herbs, and potatoes. It’s served on crusty bread with olive oil.

Bolsena is only an hour’s drive from the famous Tuscan hot springs and falls of Saturnia and about 40 minutes from the beautiful Val d’Orcia and Pitigliano. The famous hilltop cities literally carved out of tuff rock, Orvieto and Civita di Bagnoregio, are even closer!

Post Views: 921
Redattore
Discovering Vieste and “Pizzomunno” in Puglia’s Foggia Province
Montemerano: One of the Most Beautiful Villages in Tuscany’s Maremma