Cycling in Piedmont: the Via delle Risorgive 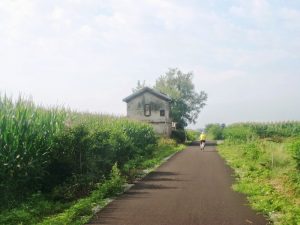 Bicycle routes and paths are suitable for those who love sports and want to relax, surrounded by nature, or for those who see cycling as a way of traveling. Both economical and relaxing, cycling is a way to enjoy your surroundings in a whole new way.

Piedmont offers hundreds of cycling paths that intersect and that are suitable for mountain bikes and racing bikes. The region has been busy working to constantly improve its routes for both locals and tourists alike.

This picturesque route was the former Airasca-Moretta-Saluzzo railway line, and at about 33 km long, it includes the stations of Airasca, Scalenghe, Cercenasco, Vigone, Villafranca Piemonte, Moretta, Torre S. Giorgio, Cervignasco, and Saluzzo.

It is also called “Via delle Risorgive” due to the presence of numerous natural water sources from freshwater springs positioned all along the route.

This long, smooth path is deep in the countryside, where the only interruptions are villages and signs of the old railway like signals, stations, and rail crossings.

It is also possible to stop along the Pellice stream, whose waters are pleasantly cool and transparent especially in hot weather. 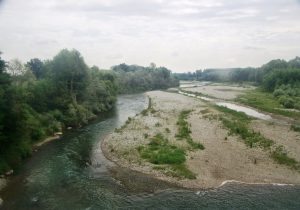 If you stop in the town of Cercenasco you can taste “lamprè” (a freshwater delicacy similar to eel).

Near Moretta, the bridge has been widened to make the bike path even more efficient.

The possibilities are endless along the route whether you are cycling alone, with friends, or family.

It is accessible during every season and is equipped with rest areas.

It is also highly recommended for beginners and for families.

For those who cycle all the way to Saluzzo, you will want to allow time to stroll through the charming medieval village which was once the heart of a small modern state: the marquisate of Saluzzo. Finally, don’t miss the impressive Castle of Castiglia which overlooks the town.