This incredible, giant white limestone cliff is located in Vieste (province of Foggia), along one of the most beautiful coasts on earth and inside Gargano National Park. It’s a limestone monolith that is the product of natural erosion. Vieste has about thirteen thousand residents, a warm climate almost all year, and of course, spectacular beaches that attract tourists from all over the world. 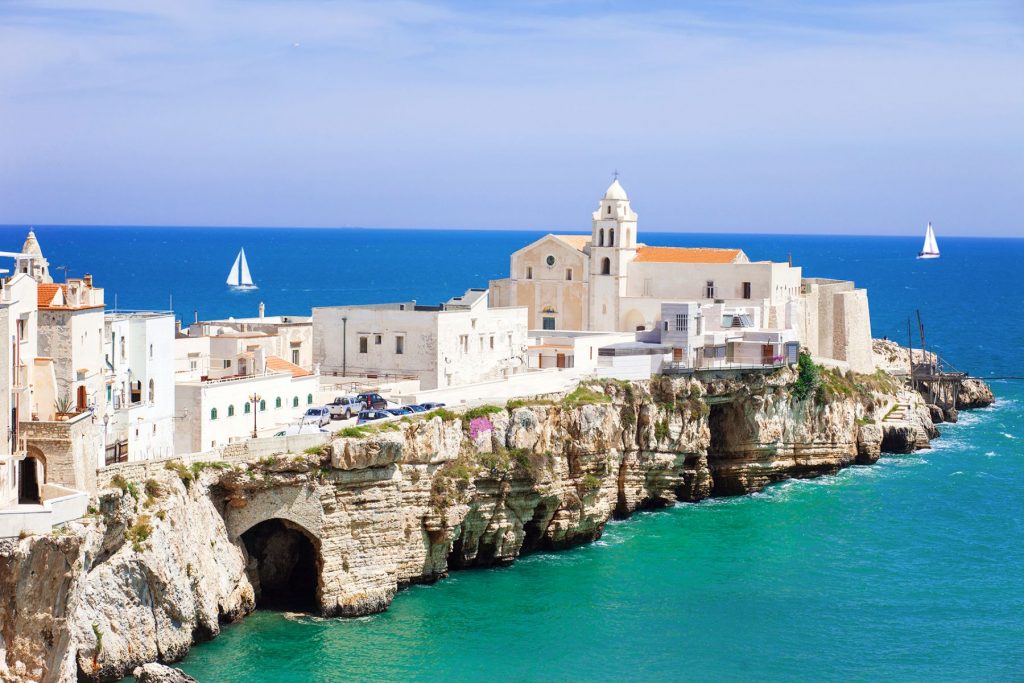 A town of Greek-Byzantine origin that became grand under Angevin rule, Vieste seems to be frozen in time. The lovely historic center with its alleys and milky-white houses overlooking the turquoise sea is truly spectacular.

There’s so much to see from the Cathedral of the Assumption of the Virgin (18th century), the Swabian Castle from the time of Frederick II, the Gothic arch of the Porta di Alt which was once the main entrance through the medieval walls. The Arco di San Felice is another arch that was carved in the white limestone by the same erosion process that created the many sea caves of the local coast and also the monolith of Pizzomunno.

Pizzomunno is tied to the legend of the tragic love between the fisherman Pizzomunno and the young Cristalda (according to some versions, also named “Viesta”, hence the name of the city). As the story goes- sirens try to kidnap Pizzomunno, but he remains loyal to his beloved Cristalda. The sirens eventually kidnap Cristalda instead and drown her in the sea. Devastated, Pizzomunno is transformed into stone and remains so today- still waiting for his love’s embrace who returns every summer with high tide. 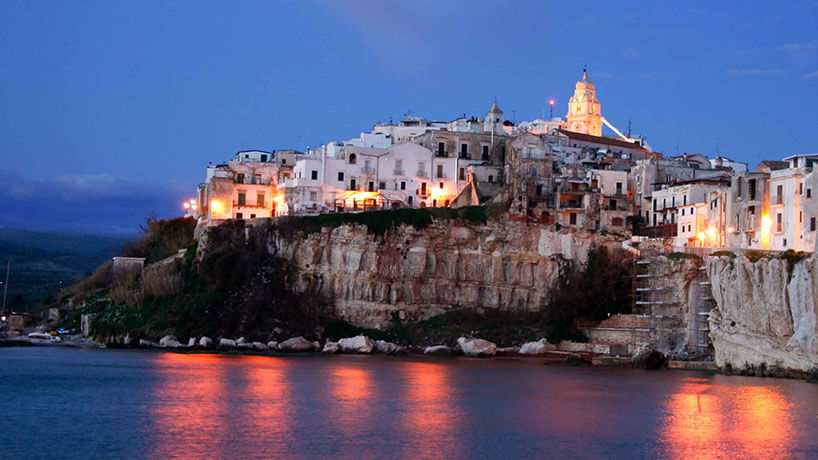 If you visit Vieste in late winter or early spring, the weather is pleasant enough to enjoy the sea and also take advantage of very low prices. Early autumn is another great time to visit. If you want to book for the summer, do so well in advance because it’s really hard to find available rooms when the tourist crowds arrive.