Celebrating St. Anthony the Abbot in the Abruzzo Region

Once again this year throughout Italy the Feast of St. Anthony the Abbot (also known as “Anthony the Great“) will be celebrated on January 17th, the day of his death in the year 356. Sant’Antonio Abate, as he is referred to in Italian, is one of the most illustrious hermits in the history of the Church. In traditional iconography, he is depicted surrounded by sensual women (symbolizing temptation) or, more frequently, by domestic animals, in particular, the pig, of which he is a popular protector. 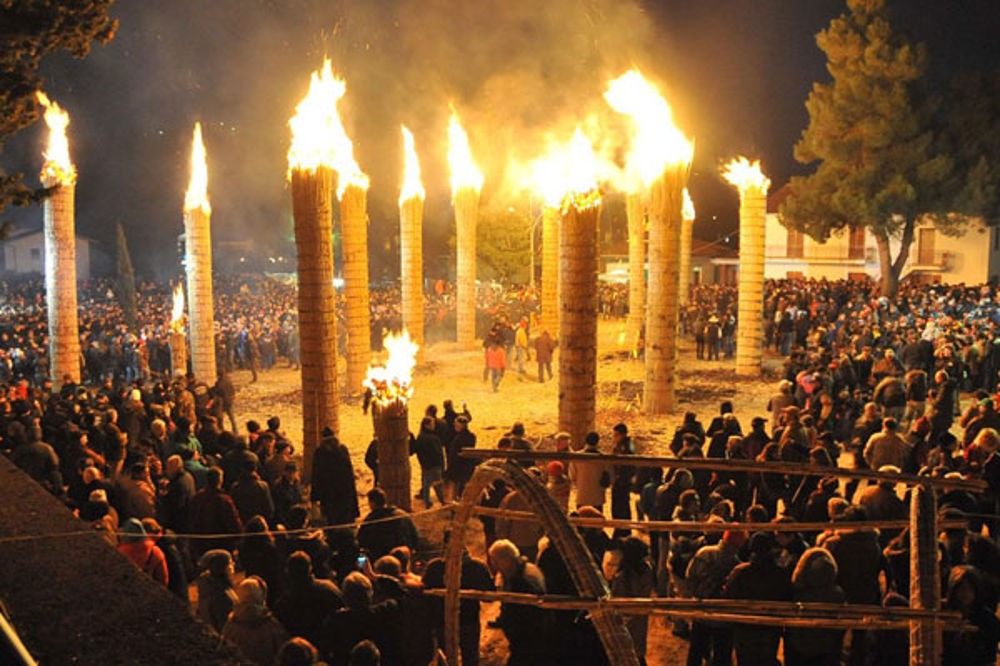 In eastern tradition, the pig is a symbol of lust and the devil; however, in Abruzzo, it has a different meaning all together connecting the Saint to the vital role of farming and livestock.

In fact, on the day of his liturgical memorial, stables are blessed in Abruzzo as well as domestic animals- a tradition that has been handed down since the Middle Ages.

Some ancient stories tell how the night of January 17th is a special and magical night. It is said that during this night animals acquire the ability to speak and listening to their conversations brings bad luck.

The figure of the pig also reconnects one of the oldest Antonian rituals in Abruzzo. On St. Anthony’s feast day in the Aquila area, a piglet is bought and fed by the local community for an entire year. On January 17th of the following year, the piglet, now full-grown, is butchered and divided among the whole community. The “chosen animal” is recognizable by its red ribbon and little bell tied around its neck or by its missing left ear that has been cut off as a distinction.

The Connection to Fire

In addition to animals and livestock, the figure of Saint Anthony is connected to fire. This connection is linked to fire as purification, but also to symbolize the Saint’s victory over the devil, temptation, and hell.

The Abruzzese tradition is, in fact, lighting huge torches called farchie on the eve of January 17th. These torches are more like towers made of bundled, dry reeds 2 meters in diameter and standing 10 meters high. This tradition is especially prevalent in the town of Fara Filiorum Petri (in the province of Chieti). It commemorates the eve of January 17, 1799, when St. Anthony the Abbot appeared as a general during the French siege and commanded foreign troops not to pass the surrounding oak grove. To prevent the invaders from entering the city, the Saint transformed the trees into burning torches that caused the soldiers to flee in terror. 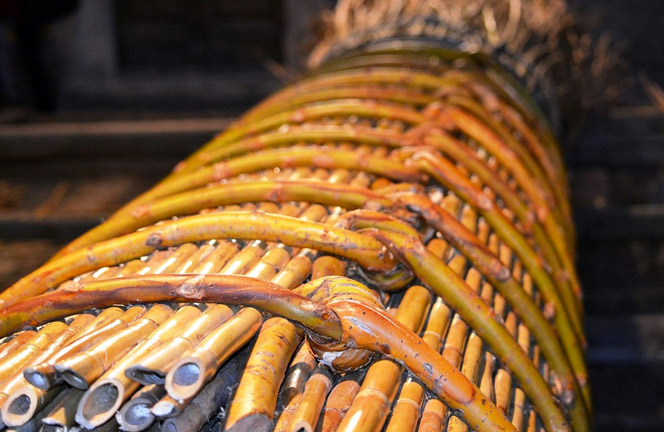 Fires are also lit in his honor near the church of St. Anthony on January 16th in Scanno, another beautiful town in the Aquila province, where the saint is known as Il Barone or the “Baron”.

Once the fires had burned out, the charred stumps and remaining ashes were collected and used for fertilizing the crops and marking the passage from winter to spring. The burning coals were also collected and used to heat the villagers’ homes and even dry wet clothes.

Saint Anthony’s protection extends to treating skin diseases. Another use for the remaining ashes was fighting against the painful, affliction of shingles (herpes zoster) which is often described as a fiery pain.

Not only is he patron of all those working in connection with pigs, whether raising livestock or slaughtering them, he is also the patron of those who work with fire. Firefighters, in particular, are devoted to him because he healed the afflicted from the metaphorical fire of herpes zoster.

But this January’s festival is not just celebrated in rural areas. Songs, sounds and sacred representations are found everywhere on the night of the 17th. Lu Sand Antonio is, in fact, one of the oldest representations that is still celebrated today throughout Abruzzo and is alive and well with its youth. Every town throughout Abruzzo is overwhelmed by music and by characters who interpret the story of Saint Anthony and his temptations. The songs of begging narrate the struggle between the saint and the devil, between good and evil, exalting the victory of the Saint over evil.

Even today, groups of local men perform representing their districts or neighborhoods. The singing performances travel house to house throughout the towns and villages. The singers are typically offered wine and traditional foods by the villagers. The songs are accompanied by the sound of the accordion and the inevitable bell, another symbol of the Saint.

St. Anthony’s character is dressed in a long robe tied with a cord and adorned with a heavy wooden crucifix often held up to drive the devil away. Other characters include the hermits disguised as the saint and the devil in a red robe with horns.

As with every major festival, food is also an integral part of this tradition. The cillitte di Sant’Andonie (little birds of St. Anthony) are traditional sweets from Abruzzo that are prepared for the day of Saint Anthony. Like all traditional, local recipes, everyone has their own version. The grape jam, chocolate, or ground almond filling, similar to that of the Abruzzese sfogliatelle, is the common denominator among all the recipes as well as their little bird shape. 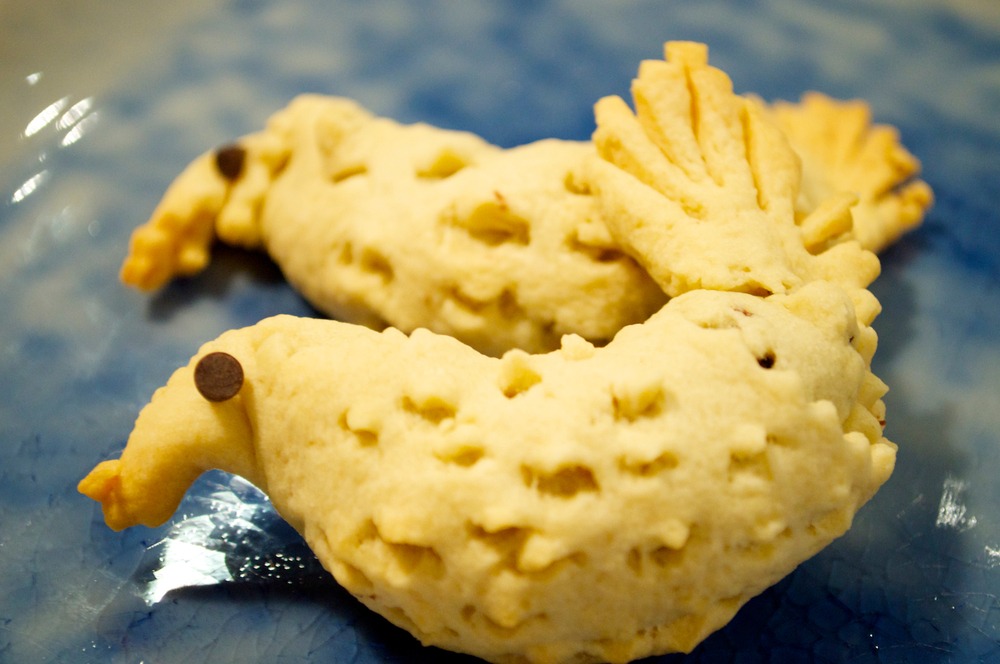 Saint Anthony’s feast day is the gateway to the spring and summer harvest and the end to the bitter cold of January in this region so deeply rooted in agricultural tradition.