In the heart of the upper Molise region of central Italy lies the village of Agnone. With just over five thousand people, the tolling of the oldest bells in the world is the soundtrack to winter and ancestral traditions.

The village of Agnone is preparing to rekindle the ‘Ndocciata, an evocative Christmas rite of fire. The event takes place on December 10th and is repeated on the evening of Christmas Eve. 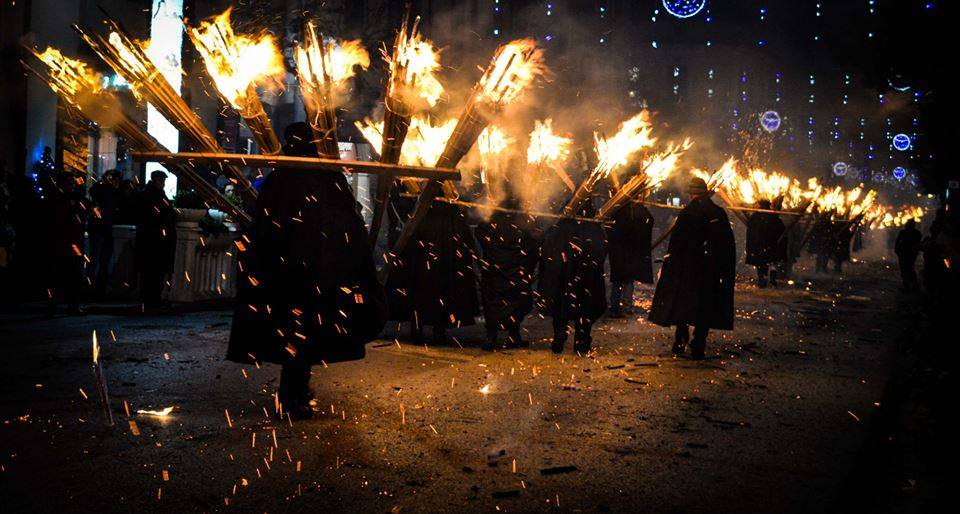 Hundreds of porters light the ‘ndocce- or “big torches” in Molise dialect- along the main via which suddenly becomes an exciting river of fire.

These torches are over three meters high, made from white fir branches, dry brooms, and twine, and shaped like fans.

They are a typical element of the pagan ritual linked to the winter solstice lit in honor of the Sun God on the longest night of the year. The solstice fire was then adapted by Christians to honor Christ’s birth. Over the centuries, peasant and popular meanings have intermixed.

According to some hypotheses, in the past, these giant torches served to illuminate the farmers’ paths as they traveled from the rural areas into the village to attend the midnight Christmas mass. According to popular belief, the crackling of the burning ‘ndocce was used to ward off witches. 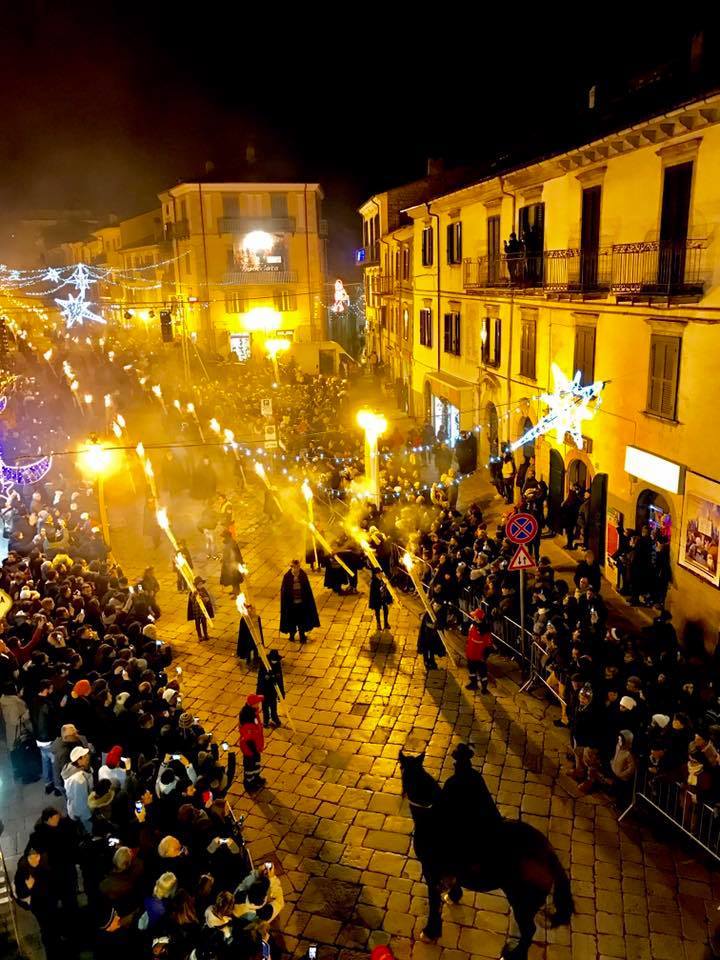 What to Expect if You Visit

The procession starts around dusk to the tolling of the bell of St. Anthony. It begins with banners and the townspeople reenacting scenes of country life. Then the fire comes: first, the smaller ‘ndocce carried by the children, then the larger ones on the shoulders of the townsmen, and finally, the majestic torches carried on the shoulders of one or two men.

The all-male porters in their protective black cloaks and coming from the major districts (Sant’Onofrio, Guastra, Colle Sente, San Quirico) and Agnonese neighborhoods (Capammonde and Capaballe), carry the single torches or fan-like structures on their shoulders. Each torch can contain up to twenty elements of fire, weigh about 150 kg, and be up to 4 meters tall.

The finale is in Piazza Plebiscito, where what’s left of the ‘ndocce ends up burning in a giant bonfire called the “brotherhood”. It symbolically burns all the negativity accumulated during the year, and gives strength to the new sun (solstice), in order to favor light and heat.

In addition to the evening procession, during the day, you can watch the locals creating their ‘ndocce, and taste the local, traditional foods like cod prepared in every way imaginable.

What Else to See in Agnone

While visiting Agnone, you won’t want to miss: the historic Pontifical Foundry Marinelli, the oldest bell company in the world, declared a World Heritage Site by UNESCO, with its museum of bells. There are also several churches to see like St. Mark’s (6th century), St. Anthony Abate’s with its 18th-century bell tower, St. Francis’ and St. Emidio which contains thirteen, 17th-century wooden statues depicting Christ and the Apostles. 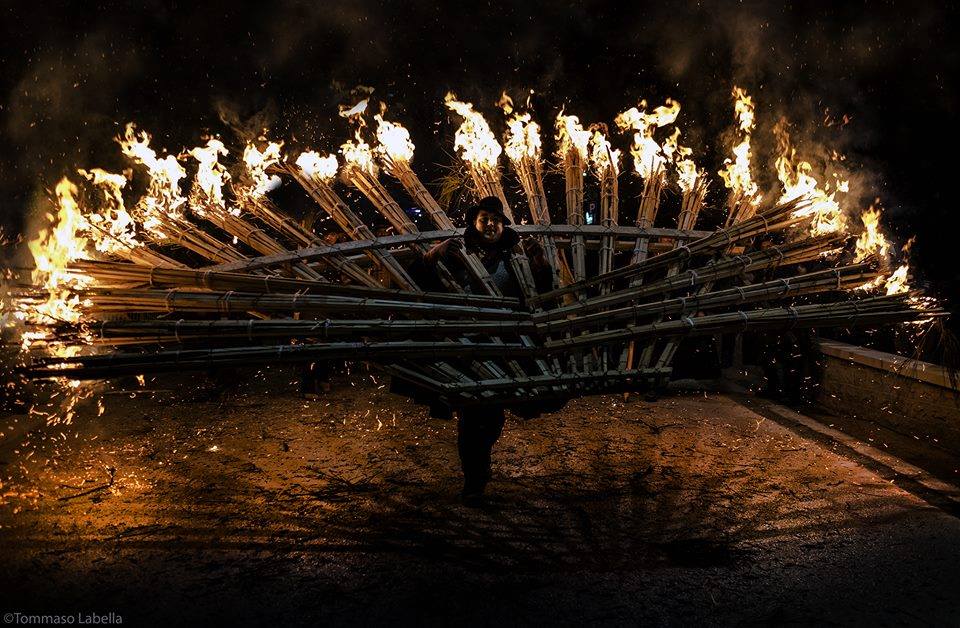 Agnone is known for its craftsmanship as well as its culinary traditions which you will see in its artistic nativity scenes at St. Francis’ Church.

The Italian Ministry of Tourism recognized Agnone’s ‘Ndocciata as an Italian Heritage Site in 2011. The event attracts thousands of tourists from Molise and many other regions as well. A river of fire invaded St. Peter’s Square under the gaze of John Paul II when the ‘Ndocciata came to Rome in 1996.

On October 3, 2011, the same river of fire was also lit in Assisi to celebrate St. Francis as Patron of Italy. In 2012, the event received a further prestigious award from the Italian Post Office when it was issued a stamp as part of a special series of “Italian folklore”.

Finally, on September 26, 2015, Agnone’s ‘Ndocciata came to center stage once again at Milan’s Expo during the “Day of Fire”. Fifty thousand spectators witnessed the river of fire and a bell made by Agnone’s own Marinelli was positioned inside the expo.