Figline Valdarno is nestled in the green hills of Chianti in Tuscany and known for its well-known artists (such as Masaccio). This town is part of the municipality of Florence, but in recent years, it became part of Figline and Incisa Valdarno. 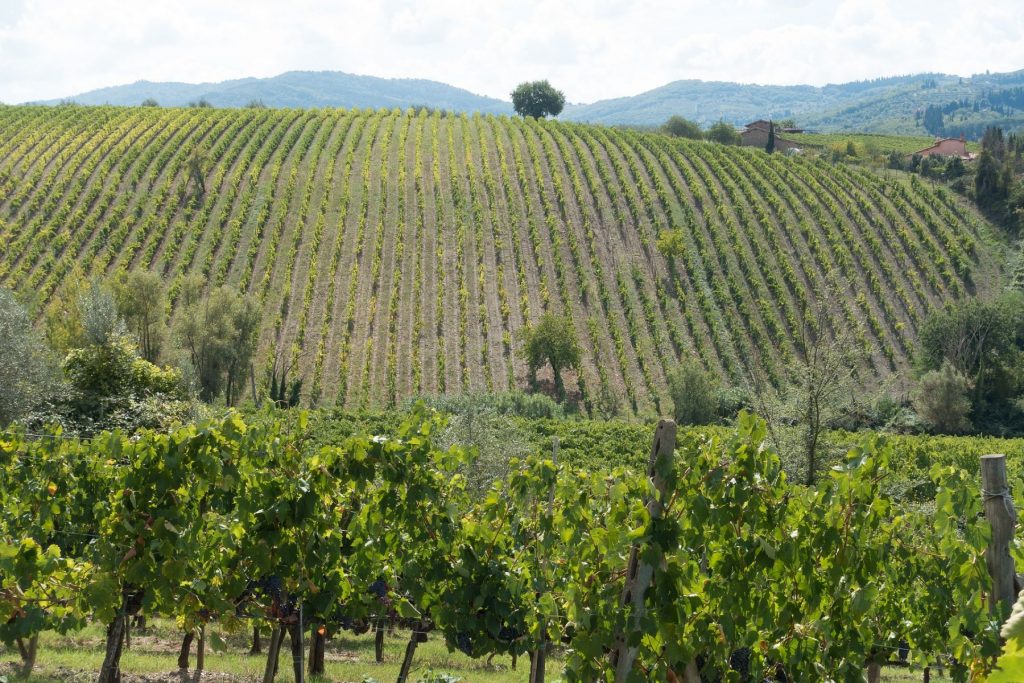 This church was erected on an existing one in 1257 in Piazza Marsilio Ficino. Over the years, its appearance has been modified over and over again. In the 1930s, the altars of seventeenth-century origin were eliminated. Inside, it holds highly valuable artistic works such as the Madonna and Child with Saints by G.A. de Magistris. This is not the only work kept in this church. To find out more about the collection click here.

Next to the church, we find the Museum of Sacred Art, where you can admire two tables depicting angels attributed to the Ghirlandino school, as well as numerous works depicting sacred images. For more information, visit the official website.

Right in front of the Collegiate, is the old Serristori hospital, established in 1399 by an illustrious Florentine notary (Ser Ristoro) to help the poor, sick and pilgrims. Over the years, the appearance of this building has changed several times, until 1890, when it was transferred to Villa San Cerbone, with the Spezieria (pharmacy) following. Under the loggia of the old hospital, one can admire the frescoes by Niccolò Lapi from the late seventeenth century period.

In the Antica Spezieria (antique pharmacy) you’ll find some of the original furniture, ceramic jars and glass ranging from the 15th to the 19th centuries, as well as a series of old portraits.

Located in the square of the same name, the church of San Francesco has a two-tone façade dating back to the 14th century, while the portico was built in the following century. The latter houses a sculpture of the Madonna with Child that belongs to the Pisano school of the fourteenth century. The nave of this church houses amazing works of art including numerous frescoes by Francesco d’Antonio.

In this square, there is also an austere medieval building, used at the time as the seat of the government: Palazzo Pretorio. Over the years, it has undergone numerous modifications, but today the 14th-century bell is still preserved on top of the tower. At the foot of the building, there is a chapel dedicated to fallen soldiers with works attributable to various famous artists.

Near the medieval walls of Figline, we find Teatro Garibaldi. Built between 1868 and 1870, in collaboration with local architect Pierallini and designer Sarri. From behind the stage, you reach the walls and the monumental cemetery of Mercy. The latter is composed of four domed chapels, connected to the corners by porticoes. Today, the theater hosts important prose and concert seasons and is one of the most important in the region.

The Old Walls of Figline Valdarno

Figline’s old walls were erected between 1356 and 1379, following numerous attacks by the Ghibellines and mercenaries under order from other regions. These walls included nineteen towers and four gates for access to the interior. Unfortunately, today, only one remains: St. Catherine’s Gate (Porta di Santa Caterina). 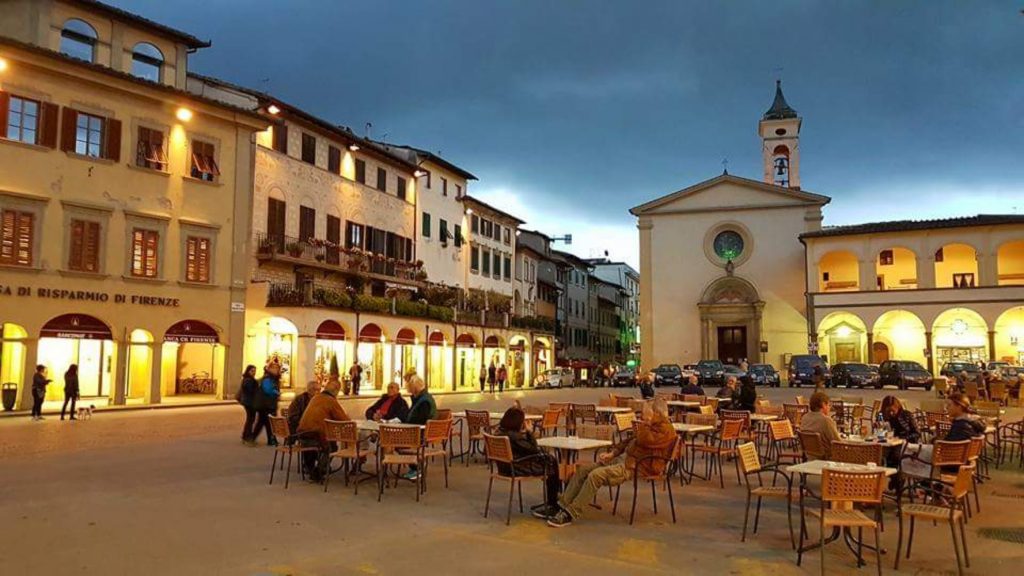 Two of Figline Valdarno’s most famous events during the year are the Autumnia and the Palio of San Rocco. Autumnia, as its name implies, is a harvest festival that takes place every year during the first part of November. Piazza Marisilio Ficino is packed with stands and stalls set up by farmers from all over Italy, where it is possible to taste and purchase the products on display.

Under normal circumstances, the Palio of San Rocco takes place in late August and the beginning of September when the various districts challenge each other in tournaments. This historical event was established in 1973. Events include historical reenactments with wagons, tug of war, handcart races and finally, the main event, the horse race (palio). Riders race against time to hit the target with their lance.

Figline Valdarno has so much to offer in terms of things to see, as well as things to do by taking part in its beautiful and famous events.