Among the many Carnival celebrations in Italy, Ivrea’s is one of the most historic and important. Let’s find out more about Carnival in Ivrea in the Turin province of northern Italy!

History of Carnival in Ivrea

The first records regarding the celebrations date back to 1808. History and legend come together in a perfect combination during this popular festival with unique symbolism and traditions. During the celebrations, Ivrea celebrates its history of self-determination during the tyranny of the Middle Ages. During the Mardi Gras celebrations, numerous historical periods are covered and culminate with a fabulous historical procession. This year’s dates are from February 9-26, 2020. 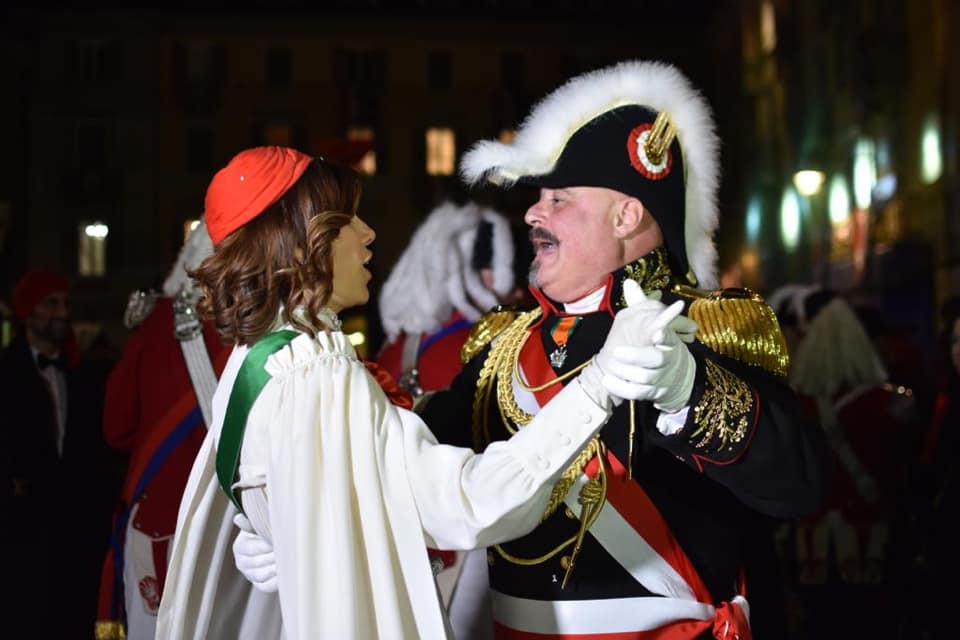 The Battle of the Oranges

One of the highlights of Ivrea’s Carnival celebration is absolutely its Battle of the Oranges. Dating back to 1800, the custom began when girls would throw oranges (in addition to confetti, sugared almonds, and flowers) from their balconies onto the parade floats in order to call attention to themselves. Over the years, the receivers began throwing oranges of their own back in return and hence, the battle began. 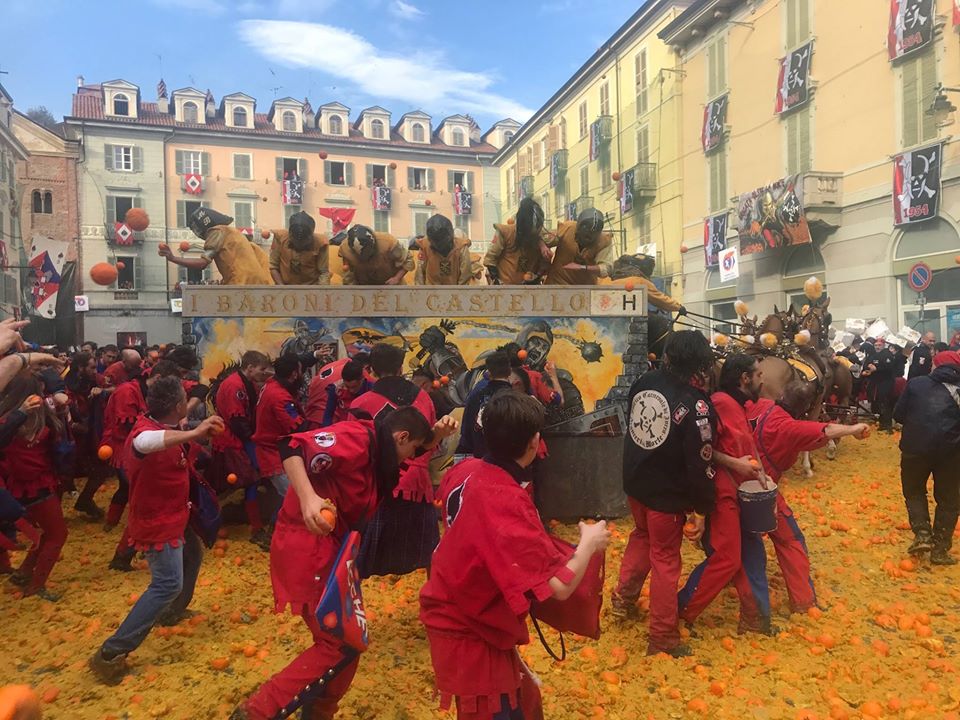 The undisputed protagonist of Ivrea is the Vezzosa Mugnaia or Miller’s Daughter who represents freedom after the revolt against the vassal rule and is accompanied by the “General”- a Napoleonic figure. The new “General” symbolically takes office on January 6th every year when he is given the admiral’s hat and sword by the previous year’s “General”.

The marching band known as Pifferi e Tamburi (fifes and drums) marks the procession with their unmistakable notes.

A signature hymn was written for Ivrea’s Carnival in 1858 when the Miller’s Daughter became part of the procession. Inspired by the legend, it still echoes through the streets of Ivrea and holds just as much meaning.

For more information and for more details about Ivrea’s historic Carnival traditions, visit the official website.

Exit the autostrada A5 towards Ivrea.

Turin is the closest airport to Ivrea approximately 40 km away. From there, you can take a taxi or train.