International Food Festival in Gorizia in the Friuli Region

The city of Gorizia in the Friuli region of north-eastern Italy will be transformed into a globe and divided into 20 distinct geographical villages. More than 400 stands representing over 50 countries of the world will delight the palate at Gusti di Frontiera. The immense and incomparable international culinary bazaar celebrating its sixteenth edition, will take over Gorizia September 26th through 29th with its multi-ethnic flags, its sparkling colors and its sought-after flavors and specialties.

Food and more food. Yes, because food is the undisputed protagonist of this surprising event which will make your head spin with its variety from which to choose. Whether your preference is spicy oriental dishes, South American street food delicacies, or the great classics of Italian regional cuisine, every meal will live up to your highest expectations. In fact, at the table, the whole world is a country and eating is a universal pleasure in every language and in every culture!

This year, to further expand the already wide range of nations celebrated during this festival, we have a new entry: the African Village that will offer the recipes and typical dishes of Tunisia, Madagascar, Nigeria, Senegal, Ivory Coast, Ethiopia, Egypt and other countries of north Africa, southern and central Africa for a total of 19 stands.

A special concert by the young Gorizia singer Tish (Tijana Boric) will be held following the inauguration ceremony in the afternoon of the 26th. 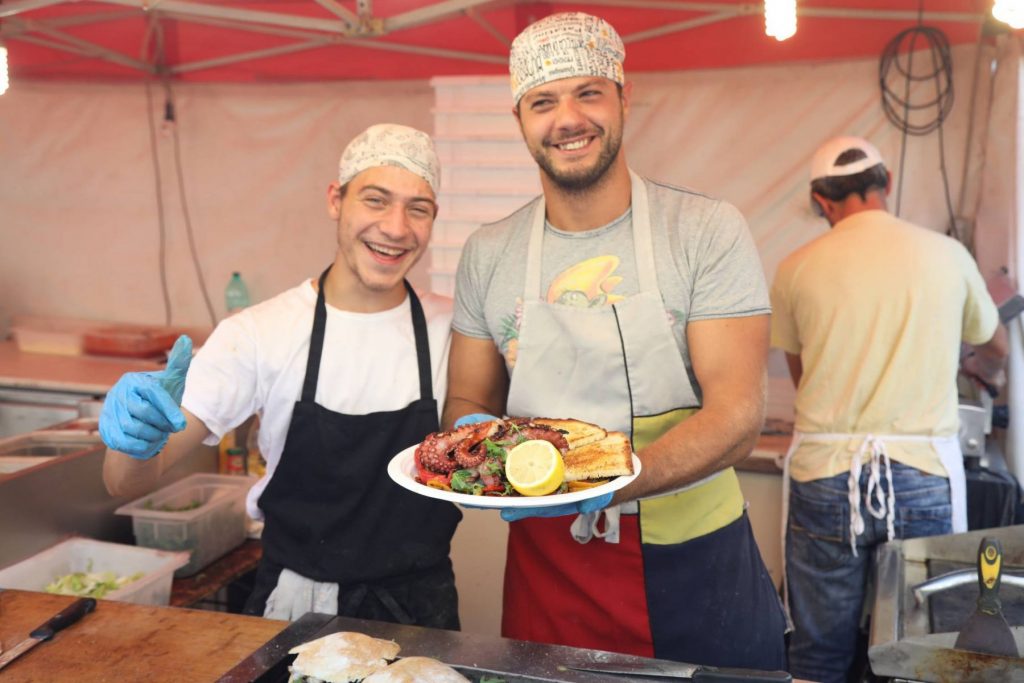 Along with tantalizing aromas, celebration is in the air! The borgo or villages will be organized geographically throughout the streets and piazzas. You’ll find a convenient map at the invent itself or you can download the Let’s Go Gorizia App. Here is a breakdown: Borgo Africa, Borgo Austria, Borgo Central Europe, Borgo Northern Europe, Borgo France, Borgo Italy, Borgo Friuli Venezia Giulia, Borgo Associations, Borgo Latin America, Borgo Orient, Borgo Slovenia and the Balkans, Borgo Street Food and Piazza del Gusto.

And if all this were still not enough, the mornings and afternoons of the “Salotto del Gusto” in Piazza Sant’Antonio will be the icing on the cake of Gusti di Frontiera as they will illustrate, through workshops, conferences, meetings and tastings, the agri-food frontiers of the territory. On hand will be multiple experts and nationally and internationally renowned chefs and guest speakers.

Learn more about the fabulous region of Friuli-Venezia Giulia!