The Biggest Christmas Tree in the World Is in Gubbio

Would you have ever guessed that the world’s largest Christmas tree was not in some metropolis, but in a small village in the province of Perugia?

It’s true. The lovely Umbrian village of Gubbio entered into the Guinness World Records for having the largest Christmas tree in the world in 1991. 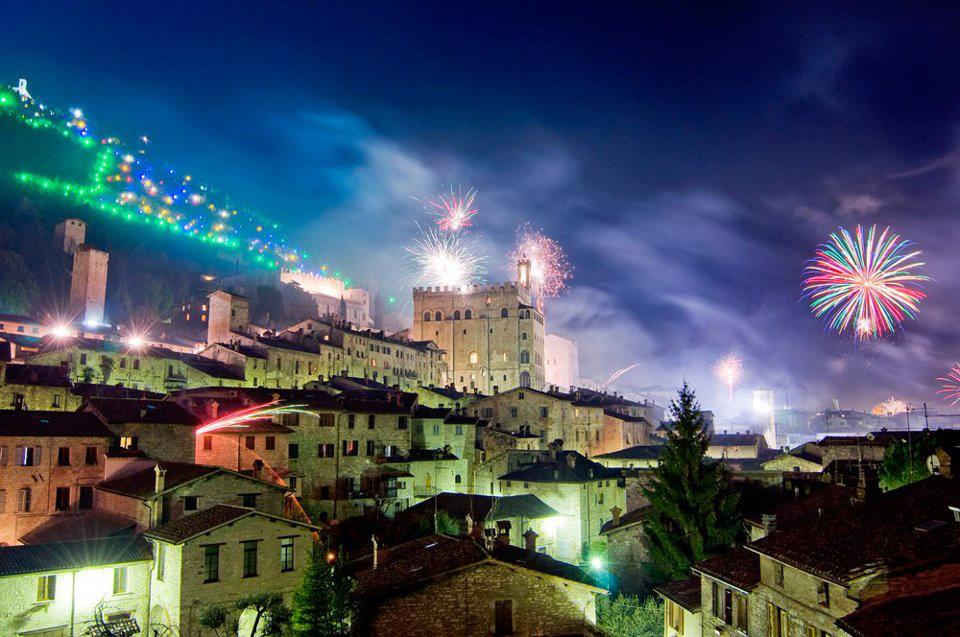 It’s actually not a real tree, but more of an outline of one created with lights on the slope of Mount Ingino. The effect is stunning.

It takes a tremendous effort by volunteers to recreate this massive tree year after year. It’s even environmentally- friendly because the energy needed to power all those lights is generated by a photovoltaic plant.

Another way the community raises funds is through its “adopt a light” initiative which allows people to dedicate special messages that appear on the tree. There have even been marriage proposals!

The tree is lit up every year on December 7th, and the official lighting ceremony has historically been quite an event. In fact, previous years’ guests have included the likes of Pope Francis in 2012 and the former President of the Republic Giorgio Napolitano in 2014.

The official lighting ceremony takes place on Friday, December 7th at 5:30 pm in Piazza 40 Martiri, in the old town center of Gubbio. The tree lights will be on every day from sunset until late at night, for the entire Christmas period through January 10th. 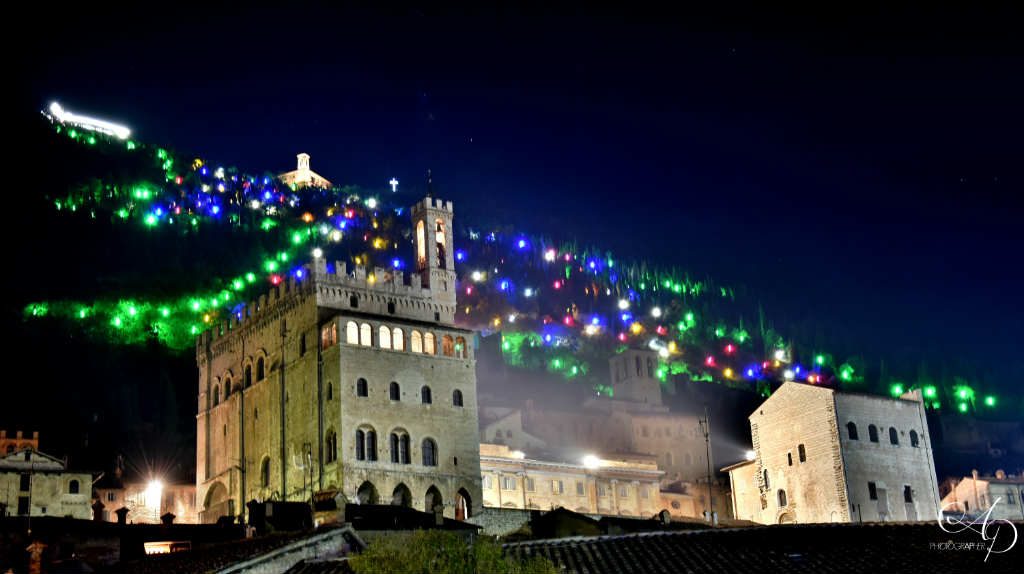 When you visit this medieval village, the Christmas tree is not all you’ll see! The entire city transforms into a magical, winter wonderland that includes an ice-skating rink, Santa’s Village, the Elves’ Village, Christmas markets and so much more! Certain events require tickets so you’ll want to visit the official website (in Italian only) before visiting.

Gubbio will amaze its visitors bringing the magic of Christmas to life!

Post Views: 2,090
E. Mencarelli
December in Abruzzo: the “Night of the Faugni” in Atri
Christmas Traditions in Agnone