The King of Wines: Barolo and Its Castle and Wine Museum

Just a few kilometers away from Alba, in the heart of the Langhe hills, you’ll find the birthplace of the “king of wines”: Barolo.

Barolo wine is made from the nebbiolo grape (most likely derived from the Italian word for “fog”- nebbia). It’s often described as both the “king of wines” and as the “wine fit for kings”. Barolo is produced exclusively in Piedmont in the municipalities of: Barolo, Castiglione Falletto, Serralunga d’Alba and parts of Cherasco, Diano d’Alba, Grinzane Cavour, La Morra, Monforte d’Alba, Novello, Roddi and Verduno. 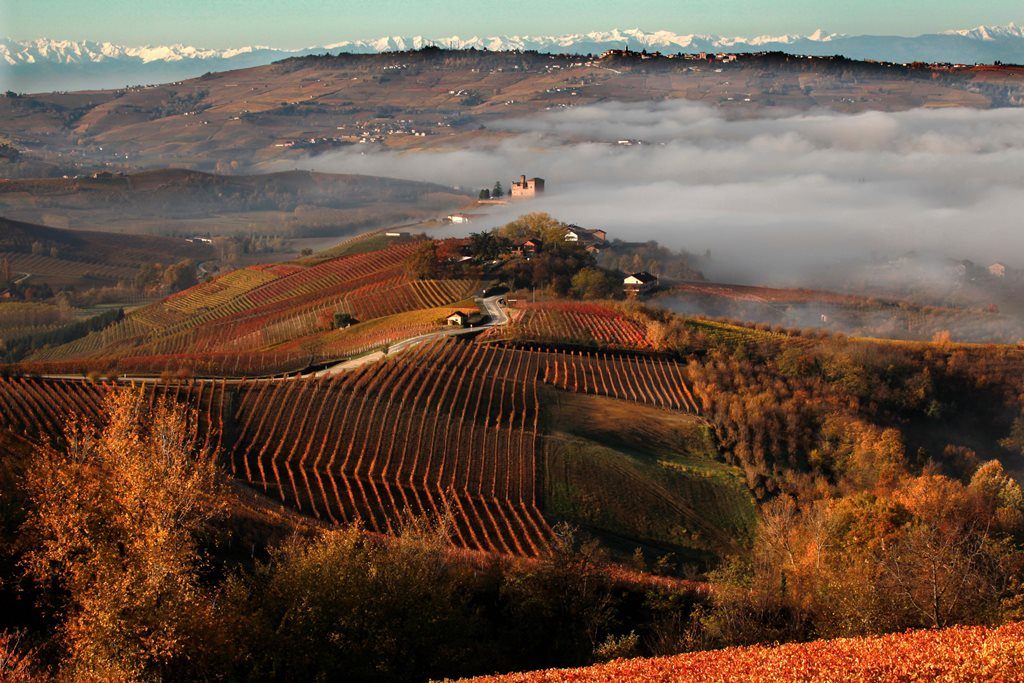 A land filled not only with intense aromas and breathtaking views, but also with a millennial history: the Romans, the Lombards, Charlemagne and the Saracens all left their mark. In fact, defending itself from the latter was precisely the reason its magnificent castle was built.

Perfectly nestled into the landscape, the Barolo Castle represents more than five centuries of history and the fascinating life of the people who lived here. Around the year 1250, the manor and its possessions became the property of the Falletti family of bankers. Later, the castle was reconstructed by Giacomo and Manfredo Falletti after being gravely damaged in the wars of the 16th century. Its resulting new facade remained intact until the death of Juliette Colbert, the last marquis of the Falletti family, better known as Giulia of Barolo. She was a prominent woman in the intellectual panorama of the time, with innovative ideas and therefore not always appreciated by the bourgeoisie of the kingdom. It was she who baptized the first wine of the same name in the early 1800’s and supplied the cellar of King Carlo Alberto of Savoy.

The castle is open to the public and inside you can admire the family crest room, the empire-style furnishings which belonged to the Marquis Colbert herself and the library of which Silvio Pellico was in charge. Silvio Pellico was a counselor of the Falletti marquises and a patriot who contributed to the Unification of Italy.

Since 2010, the Castle has also housed the Wine Museum (acronym WiMu). It’s considered the most innovative wine museum in Italy and among the most important in Europe. It is an interactive and experiential itinerary (either with audio-guide or on your own) that starts from the panoramic terrace of the third floor and descends towards the cellars in the basement.

The journey begins with exhibitions connecting geology, astrology and life cycles and how wine has changed over the centuries. From mythology to the modern world, from art to literature, cinema and lifestyle, ultimately representing the bond between history, agricultural traditions and local identity. Its designer François Confino describes the experience:

“I have visited several museums dedicated to wine in the world. But none of them told of wine’s extraordinary cultural dimensions. It was fundamental that I create a creative and poetic museum course for visitors. Not a place where you learn how wine is made, but a place for talking about the relationship between us and it.”

The WiMu is open every day from 10:30 to 7:00 pm, with last admission at 6:00 pm. For complete details, visit the official website (Italian only). Of course, the visit wouldn’t be complete without wine tasting and numerous labels available for purchase.

And if you are visiting Piedmont, don’t stop here! Find out more about this amazing region!
Discover Piedmont!

Post Views: 1,722
V. Valenti
Visiting the Medieval City of Gubbio in Umbria
A Castle to Discover in Pavia