Let’s Toast to the Italian Aperitif

You can picture it now. You and your friends chicly dressed sitting at an outdoor cafe in an Italian piazza sipping a colorful drink with a sprig of rosemary or some other exotic herb. Laughing. Life is good. You may think the aperitif culture is a recent trend, but you’d be mistaken. Italy happens to be the birthplace of some of the finest cocktails and aperitifs in the world. Let’s find out their origins and even their ingredients! 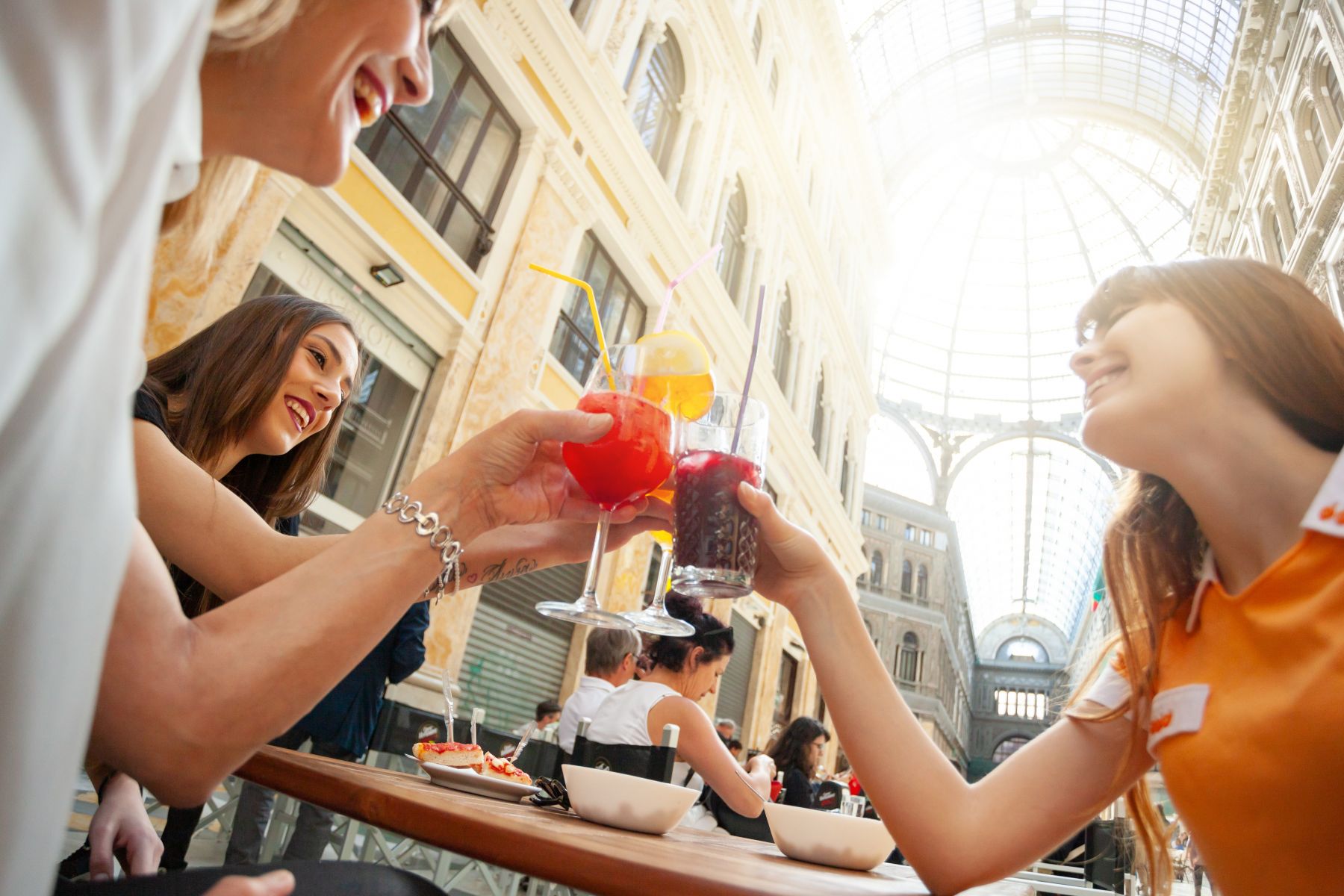 Aperitif around the World

The actual word comes from Latin aperire or ‘to open’. As far back as the Middle Ages, people believed that serving a drink that was somewhat medicinal tasting would stimulate a person’s appetite before a meal. The custom stuck and over the centuries, spread throughout the world and is still very much in practice today. In France, it’s an aperitif, in Spain and Italy it’s an aperitivo and even in the U.S., the happy hour drink and appetizer custom is somewhat similar.

Although northern Italy, especially Milan, is supposedly where the aperitif culture was born, it is widely used all over the country. Let’s start with the Bellini. Giuseppe Cipriano invented this marvelous cocktail in 1948 at Venice‘s famous Harry’s Bar and the world is forever grateful! So simple, yet so elegant and delicious, the Bellini combines prosecco and peach puree and is now being served at breakfast and brunch everywhere.

One of the most popular in Italy, Aperol Spritz is next. This drink combination also originated in Venice in the 1950s and includes Aperol (now owned by Campari), club soda, Prosecco, and an orange slice. It has become an international phenomenon since around the year 2000. 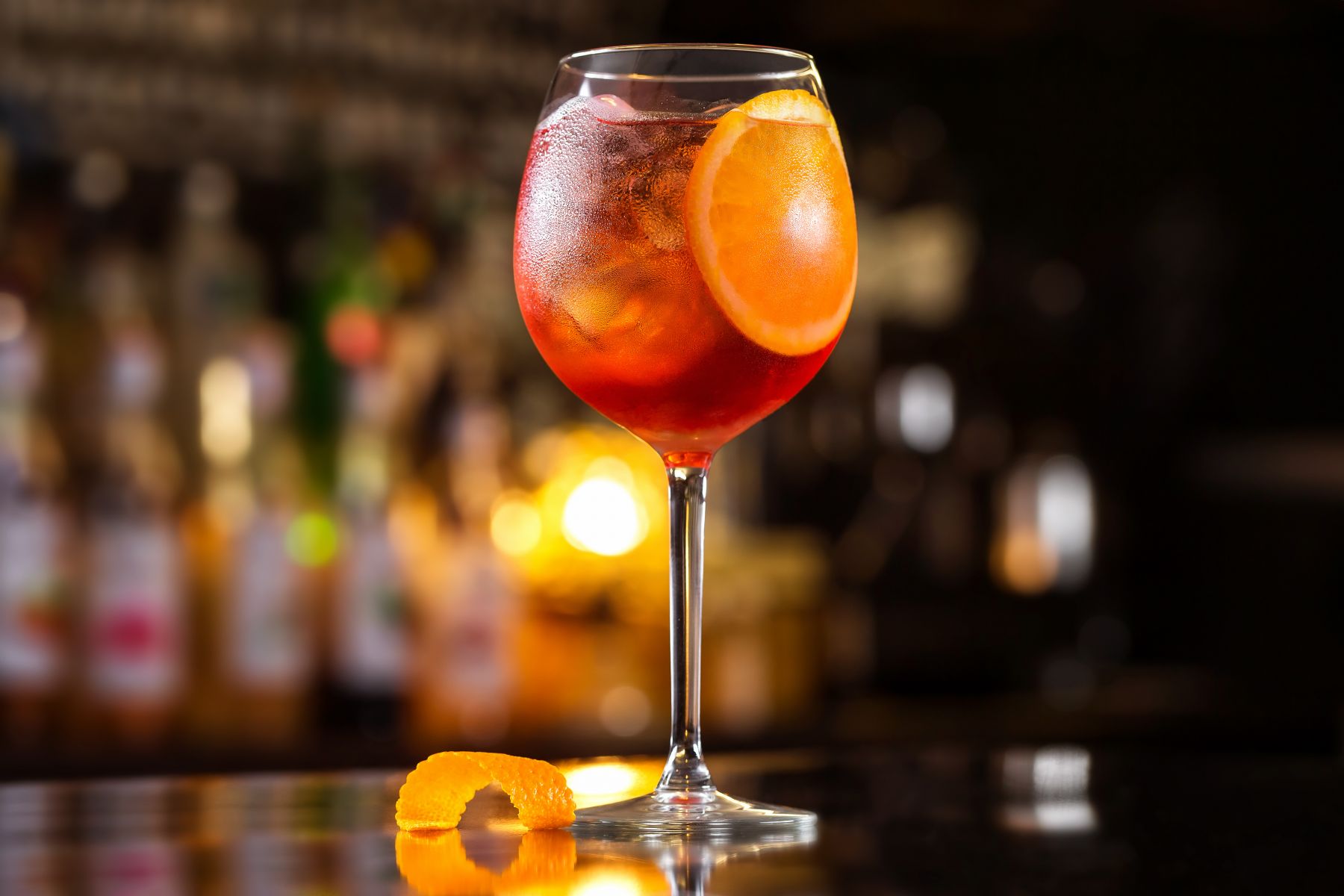 A drink created to mark the unification of Italy- why not? The Campari-Orange or the Garibaldi was invented in Novara and combines Campari (from Milan), orange juice, and a slice of orange (from Sicily) thus representing the north and the south. It’s tangy and refreshing.

Next, we have the Americano– a true classic and one of the oldest known aperitifs. Created in the 1860s at Gaspare Campari’s Bar in Milan, it combines Campari, sweet Vermouth, club soda, and a lemon twist. Originally it was called the Milano-Torino and was later renamed the Americano because it was so popular with American tourists at the turn of the 20th century. It also happens to be the first cocktail that James Bond orders in Ian Fleming’s first 007 novel, Casino Royale.

Moving a little further south to Tuscany, next is the Negroni. This drink was created in Florence at Caffe Casoni in 1919. It’s credited to Count Camillo Negroni who would order his Americano with gin rather than club soda. It’s both tangy and bitter with its combination of Campari, Gin, sweet Vermouth, and a twist of orange.

Everybody makes mistakes once in a while! Now imagine if your mistake ended up being an extremely popular cocktail- the Negroni Sbagliato (Negroni ‘Mistake’). That’s what happened at Bar Basso in Milan in the 1960s when the bartender mistakenly grabbed sparkling wine (spumante brut) rather than gin and the rest was history. 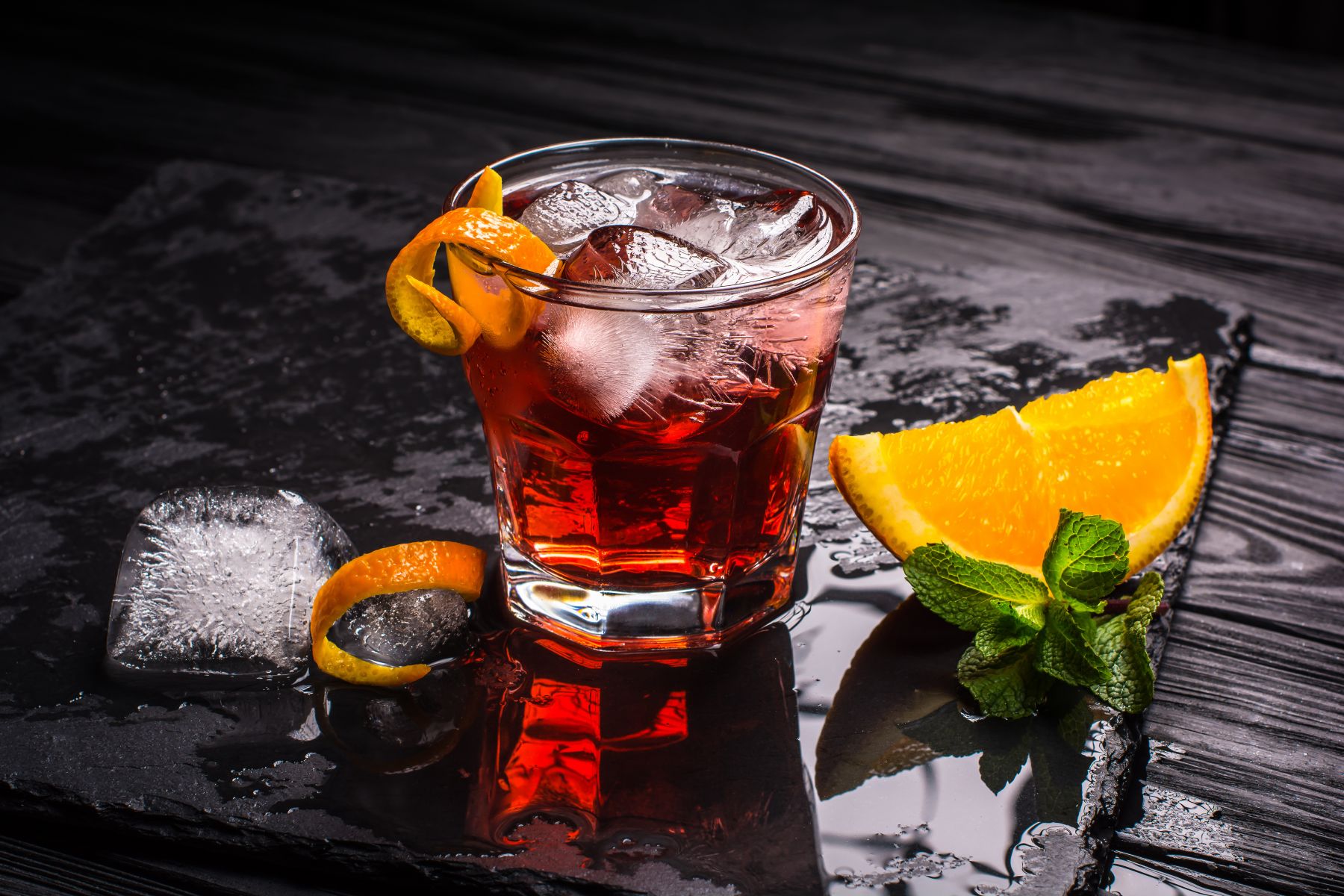 Let’s see what they’re drinking in Brescia. The Pirlo, of course. Pirlare in local dialect means ‘to fall’ which is exactly what white wine does when poured onto the Campari or Aperol base and sparkling water. Traditionally, it’s served without ice and with a twist of lemon peel.

A more recent drink to come onto the scene is the Hugo. It was invented by a bartender in Trentino– Alto Adige and combined the famous local Melissa herb (lemon balm) syrup, Prosecco, club soda, mint leaves, and ice with either lime or lemon. The recipe was later changed to swap elderberry syrup or sambuco because Melissa syrup is very hard to mass-produce.

So now that you know what to order, gather your friends or colleagues and head out for an evening on the town!