Gallipoli: the Pearl of the Ionian Sea 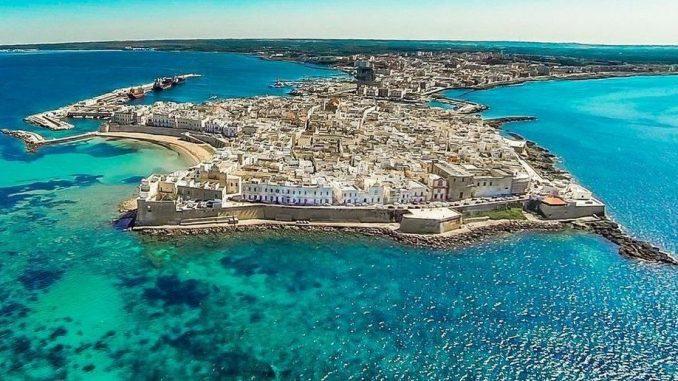 Known as “the pearl of the Ionian Sea”, Gallipoli (located in the southern part of the Apulian region) whose ancient name was ‘Anxa’, was named a UNESCO Heritage site in 2015. The city was founded by ancient Greeks as a Messapic settlement, and the etymology of its actual name probably belongs to the Greek word Kallìpolis, which literally means “beautiful town”.

The city is divided into two different areas: the historic town and the new city. It is therefore a perfect mixture of old and modern architecture. The old town is a proud coffer of tradition and art of the Salentina Peninsula, which offers travelers the opportunity to discover an excerpt of Italian history or to try the awesome traditional dishes at one of the many restaurants. Founded by Messapians, Gallipoli later became a Roman colony, and because of its geographical position, it represented an ideal stronghold against attacks from overseas. The classic art which characterizes the old city is the result of the mixture between these two cultures. During the Middle Ages, it was most likely sacked by Goths and Vandals and also conquered by the House of Anjou, whose settlement is attested by the wonderful castle located on a cliff near the old town.

In 1484, Gallipoli was conquered by the Venetian Republic and during the XVI century, it became part of the Kingdom of the Two Sicilies under the feudal rule of King Ferdinand I. All this makes Gallipoli one of the most popular destinations in Italy.

By crossing the bridge, you’ll find yourself in the new part of the city which has a lovely promenade, shopping, and lots of traditional street food. You have to try the pasticciotti, rustici, and calzoni. 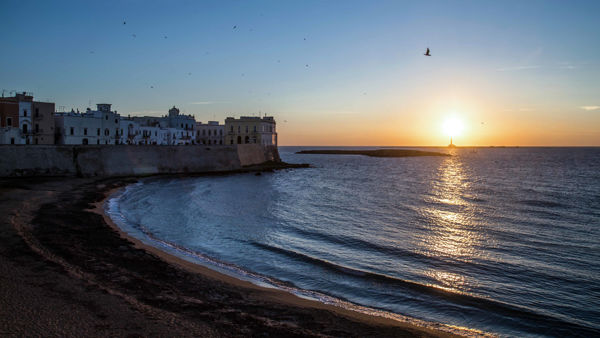 In July, people celebrate the patron protector of the city, Santa Cristina. During this celebration, Gallipoli is adorned with beautiful decorative lights, and the cuccagna a mare takes place. It’s a challenge that requires ability and balance as the goal is to reach a small flag placed at the top of a greasy rod. During this occasion the traditional scapece is served; a dish marinade made with vinegar, saffron, and vegetables or fish.

Gallipoli is truly a rare pearl of beauty and culture, an ancient Messapian city, mother of proud seamen, silently observing the sunset that has been reflecting of its coastline for centuries and that everyone must have the chance to see at least once in his life.