Within the massive area that encompasses the Abruzzo, Lazio, and Molise National Park, lie the Mainarde Mountains and the Upper Volturno Valley. These majestic peaks are limestone massifs among the highest in the Molise region.

Above 1,000 meters of altitude, the slopes are covered with large beech woods. The Apennine fauna finds its ideal habitat in these areas: deer, wolves, eagles, bears, and chamois are the undisturbed owners of these glades, woods, grasslands, and ravines. In spring, the blooms that include many varieties of wild orchids color the landscape in vibrant shades. The rivers swell with melted snow into the Volturno, the most important river in southern Italy.

From the village of Pizzone, after a long ascent by car to the Le Forme plateau (also called Valle Fiorita), it is possible to reach the highest peak. Monte Meta (2,242 m) is a rocky trapeze that rises suddenly from the green of the meadows, inserted in a landscape of rare beauty.

The itinerary is one of the most evocative of the Abruzzo, Lazio and Molise National Park. It’s not uncommon to come across the Apennine chamois. After crossing a centuries-old beech forest, you’ll continue along the great expanse of the Pagana Valley, a karst plateau among the debris, scree, small snowfields, and huge limestone blocks with spectacular views of the woods and the peaks of the Metuccia.

From here, you will slowly reach Passo dei Monaci (1,986 m), an ancient link between Lazio and Abruzzo and Molise that was exploited in the past by merchants, shepherds, and Benedictine monks. Also, the ruins of a fort, old barracks used in the second half of the nineteenth century both to supervise the bands of brigands who at that time took refuge in these mountains to flee the siege of the National Guard and to ensure the passage for those who were heading towards the pass.

From Passo dei Monaci, after facing the last hard stretch of the path, you’ll reach the top of Monte Meta. From the summit, you can enjoy an incredible 360 ​​° panorama which on clear days opens up a view that stretches from Ponza Island, Gran Sasso, Vesuvius, and the Majella. 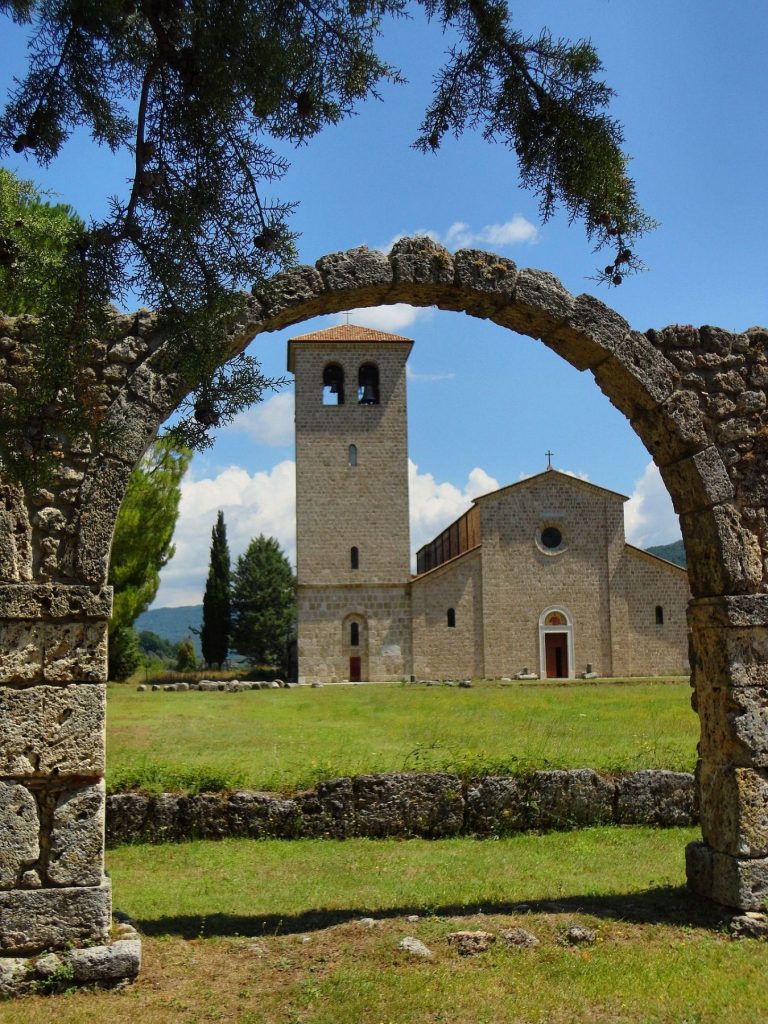 A 6,100 km path known as the Sentiero Italia traverses the Mainarde Mountains and also connects the Alps, the Apennines and the mountains of Sardinia and Sicily. Starting from the springs of the Volturno, the Sentiero Italia reaches the Abbey and the excavations of San Vincenzo a Volturno. Then, along the bank of the river, it leads you on a long climb to the fortress of Castel San Vincenzo. From the town, it descends to the lake and runs alongside it towards Monte Piana. At the crossroads of San Michele a Foce, the path forks: to the right, the path connects Val di Mezzo with Barrea on the Abruzzo side; on the left, the main path leads to Castelnuovo a Volturno towards Monte Marrone.

The path to Monte Marrone is a journey into amazing landscapes where you’ll be able to spot numerous animals in their natural habitat. It’s also a historical and cultural journey. In fact, the Gustav Line cut through these mountains, which during the Second World War divided the Italian peninsula into two: on one side, the German troops and on the other, the allies. Between March 31 and April 10, 1944, one of the battles of the Italian Liberation War was fought here which is commemorated today with some monuments positioned along the path leading to the summit.

Before reaching the highest point, you’ll definitely want to deviate off the path to visit a tiny, old stone refuge nestled between stone blocks. This is the refuge that was used by the French painter Charles Moulin, who between 1911 and 1960, lived in this hermitage for long periods of the year in complete solitude and immersed in nature.

An amazing panorama opens up from the upper Volturno Valley. The river originates from Monte della Rocchetta, near the large abbey of San Vincenzo. The artificial lake of Castel San Vincenzo is clearly visible. At the foot of the Marrone, you can see the Rocchetta and Castelnuovo mountains, the access road traveled by car, the first hills, and the villages of the Mainarde. In the area of ​​the Mainarde and of the upper Volturno there are some small, ancient villages perched upon the rocky outcrops and clinging to the sides of the steep mountains.

These small agglomerations were founded by the abbots of the famous Abbey of San Vincenzo al Volturno whose vestiges, brought to light by current archaeological excavations, testify to a past of greatness. Not far away, the lake of Castel San Vincenzo, green as the woods that are reflected in it, is a place of relaxation but also great for fishing. In Castel San Vincenzo you’ll find a park visitor’s center and a museum dedicated to Apennine fauna. 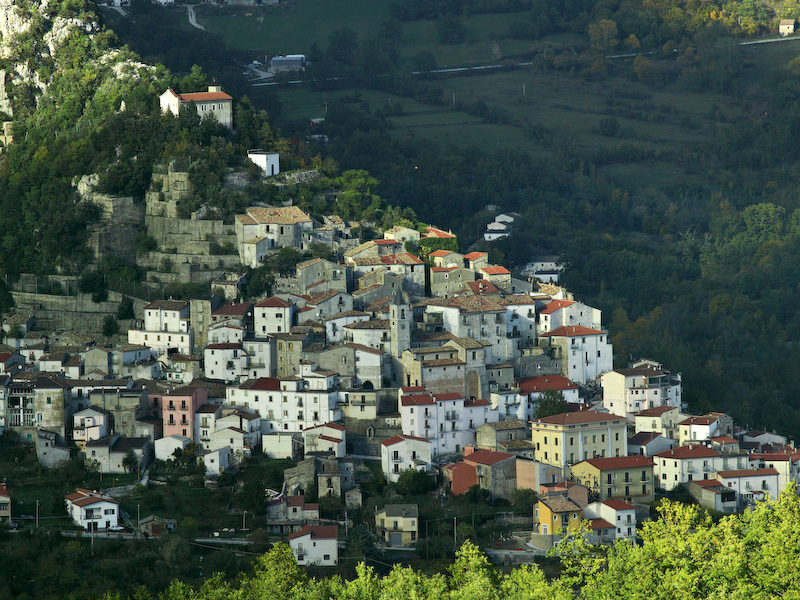 The town of Pizzone represents the heart of the Mainarde. You’ll find the main office of the Abruzzo, Lazio and Molise National Park and the Visitor’s Center of the Marsican Bear. The Pianoro Le Forme, upstream of the town, is the ideal starting point for excursions to the Meta mountains and the Mainarde chain. The Falcon Refuge (Rifugio del Falco) has become a reference point for hundreds of tourists who regularly frequent these valleys for excursions, trekking, snowshoeing, but also simply to spend a day in the mountains or camping.

The Mainarde area is a treasure trove of naturalistic and cultural riches where it seems time stands still.

Post Views: 839
Redattore
Weekend in Mantua: What to See in this Extraordinary Lombard City
Via Crucis in Matera