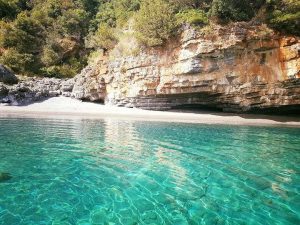 “The south seas”: often this expression leads the mind to wander to exotic, distant lands. However, sometimes you don’t have to go around the world to find them. There are spots in Italy with the same appeal, the same, great beauty …and yes, they are located in the south!

In the Campania region, namely in the southernmost part, you’ll find the Protected Marine Area of the Infreschi and Masseta Coast.

This refers to the stretch of coast between Punta dello Zancale to the north and Punta Spinosa to the south, in the municipalities of Camerota and San Giovanni a Piro – Salerno province. It includes the Punta degli Infreschi and Porto Infreschi,  an inlet along the steep rock walls of the eastern coast of the Marina di Camerota.

The area is a double treasure trove as the Marine Protected Area is entirely within the territory of the Cilento National Park, Vallo di Diano and Alburni, a UNESCO World Heritage Site.

The entire coast is a sequence of beaches, inlets, creeks, underwater springs, and rare beauty. For this reason, the spectacular Marine Protected Area where biodiversity is extremely high is one of the most important in the whole Mediterranean: the Infreschi Coast is indeed one of the less urbanized areas of southern Italy. Due to the unique level of environmental heterogeneity, it has been declared a Site of Community Importance (SCI) under special protection.

Its clear waters create a palette of colors ranging from turquoise to cobalt, from jade to emerald green- tones that change because of freshwater springs emerging from cavities in the sea. This unique environment causes the water temperature to vary greatly depending on the spot.

Water quality is guaranteed by the massive presence of Posidonia Oceanica, and the seabed is full of rare and protected species, elsewhere endangered. Species such as the Dizoniopsis micalii mollusks, Granulina boucheti, the small Lumbrinereis nonatoi and Syllis truncata cryptica, and the Pinna nobilis, the largest bivalve in the Mediterranean that lives in Posidonia Oceanica seagrass. 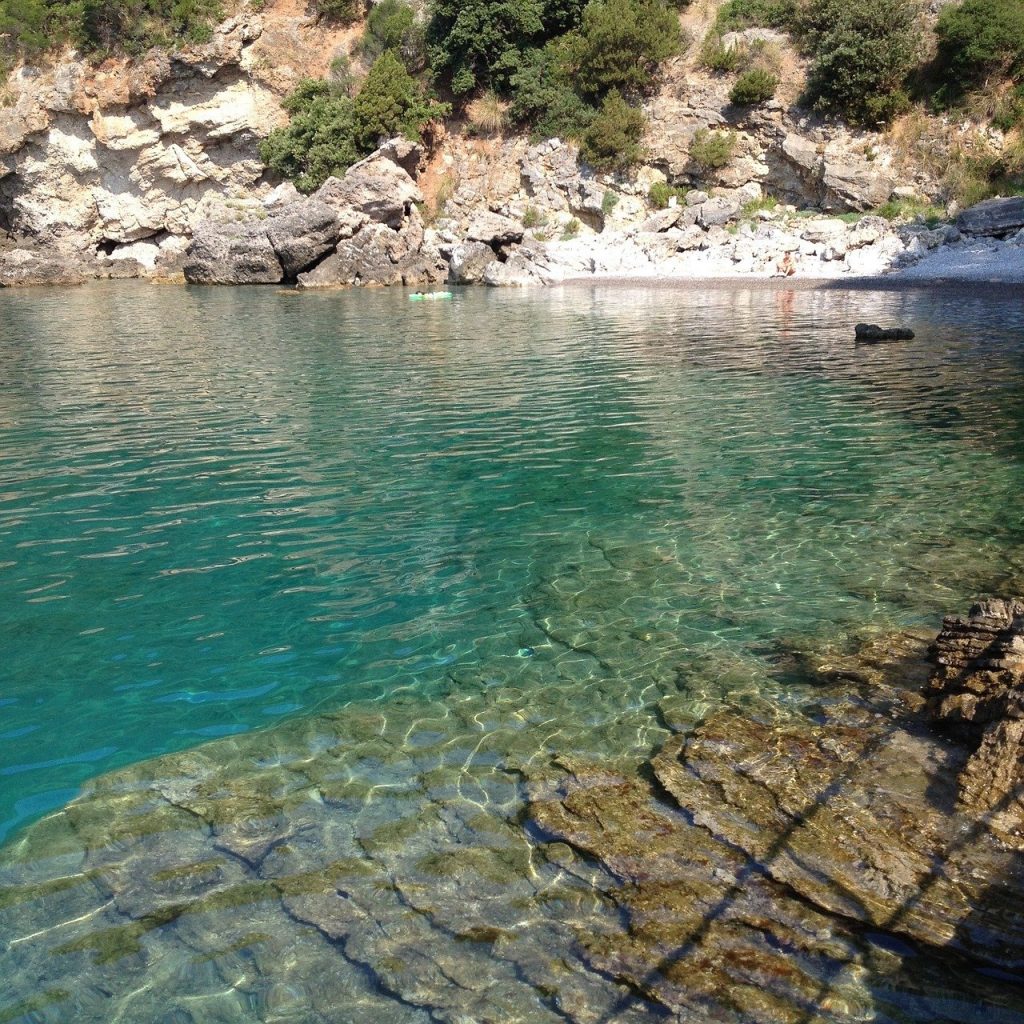 Many caves along the coastline reveal what is known as an erosive karstic phenomenon, all the more interesting from a geological point of view. Carbonate rocks lie on deeper layers, characterized by residual volcanism. In fact, the area is located about 40 miles from the underwater volcanoes of Mount Palinuro and Mount Marsili, one of the largest undersea active volcanoes throughout the Mediterranean on the so-called “Volcano Line“, which joins Mount Vesuvius and the Flegrean area at Etna and the Aeolian Islands. Among the most beautiful are the Blue Grotto, Grotto of Noglio, Grotta degli Infreschi, and the most famous Cave of the Alabastro, accessible through an underwater course that is truly a paradise for scuba divers.

The enchanting landscape where beaches and ravines continually give way to caves and coves is also rich in ancient history.

These caves, in fact, tell a story that begins with the appearance of man on Earth. Over half a million years ago, these caves were a haven for Homo Camerotaensis,  a contemporary of Neanderthal Man. Some remains were found in 1954, but the entire coastline can be traced back to prehistoric times. Some of these locations include the Grotto of Cala or Grotto of Prehistoric Man and the Grotto of Noglie, reachable only by sea. In the 1960s, a fossil dune dating to the Paleolithic and Neolithic was discovered near Capo Grosso. Just a short distance away, a Greek acropolis dating to the VII-VI century BC.  emerged.

In the Roman era, the natural port of Infreschi was at the center of the Mediterranean naval routes and the vast Grotta degli Infreschi with its fresh, cold water source was used as a sort of refrigerator.

The “Infreschi” name derives from the various “Linfreschi”, “Li freschi”, “Amforisca” used since the Middle Ages: the latter, especially, refers to the Anfresca, a place where clay was made. With clay, they made various artifacts and the tradition lives on even today in Camerota.

The best way to visit these places is by boat: many of them are only reachable by sea, and daily trips to Infreschi start from the ports of Palinuro, Marina di Camerota and Scario. You can also follow a trail leading to the Beach of Marcellino and the majestic beauty of the Valley of Marcellino, with its stone peaks rising into the sky and its thick holm-oak wood.

Travelers who decide to venture out to places such as Cala Bianca, Pozzallo Beach, Cala Santa Caterina, the swimming pools of the Iscollelli, beaches of the Masseta, the Natural Botanical Garden of Marcellino, Infreschi Bay with the Chapel of San Lazzaro will go away feeling like they have visited heaven on Earth.