Italy’s Cilento Coast: Everything You Need to See

Our journey begins in the Campania region, in between the mountains and the sea: the Cilento Coast. Get ready to be awestruck because this part of Italy is still somewhat of a well-kept secret, far from the masses.

Starting Point: The City of Salerno

We’ll begin our adventure in the magical city of Salerno. Famous for its medieval cathedral, its old historic center dotted with alleys, palaces, and churches, and its sunny promenade. After exploring Salerno, we’ll let the Sele river be our guide as we follow it from Pontecagnano to the coastal road towards Paestum, Agropoli, and Castellabate. 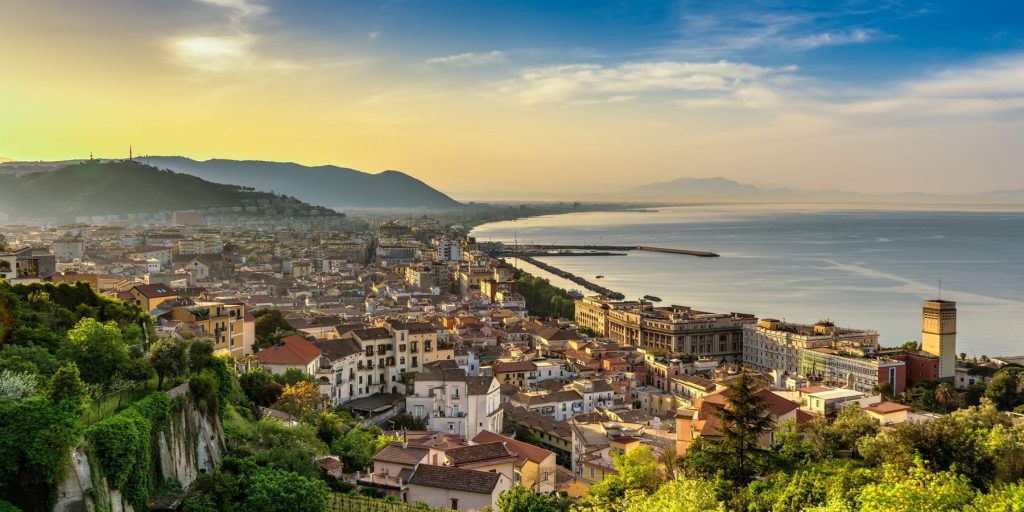 For those traveling by car or train, you’ll notice the changing landscape from one village to another, from one seaside town to another, from one promontory to another. A variety of colors and aromas will make this much more than a “trip”, but rather, an experience.  You’ll discover the ancient myths that still echo in the air and whisper across the land. A soft voice whose breath is often slow and sleepy, yet deep and warm in the summer. Cilento captures the heart of its visitors throughout all twelve months of the year making it the perfect destination in any season.

The Greek Temples of Paestum

Eight kilometers south of the mouth of the Sele river, through the gentle hills and across the fertile plain that thrives in the mild, Mediterranean climate, you’ll reach the ruins of the ancient city of Paestum. You’ll depart from the steep rocks, the cliffs overlooking the sea, that stand out so poignantly against the long Gulf of Salerno. Paestum’s majestic temples were founded at the end of the seventh century B.C. by Greek colonists from Sybaris who called it Poseidonia. 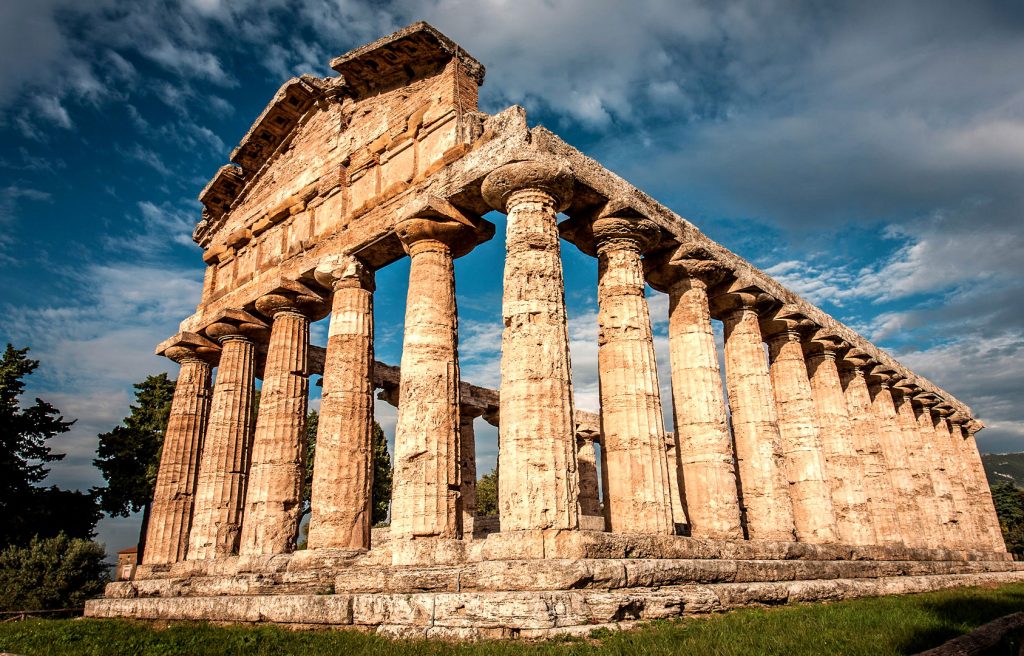 Agropoli: One of the Most Beautiful Villages in Italy

And with the Temples of Hera, Neptune, and Athena disappearing behind us, we’re now headed to one of the “Most Beautiful Villages in Italy” and the gateway to the Cilento and Vallo di Diano National Park- the town of Agropoli. This medieval village boasts most of its attractions directly on the shoreline including the Angevin-Aragonese Castle, many churches, and the Rock of Saint Francis (believed to be the spot where the saint spoke to fish in the year 1222). 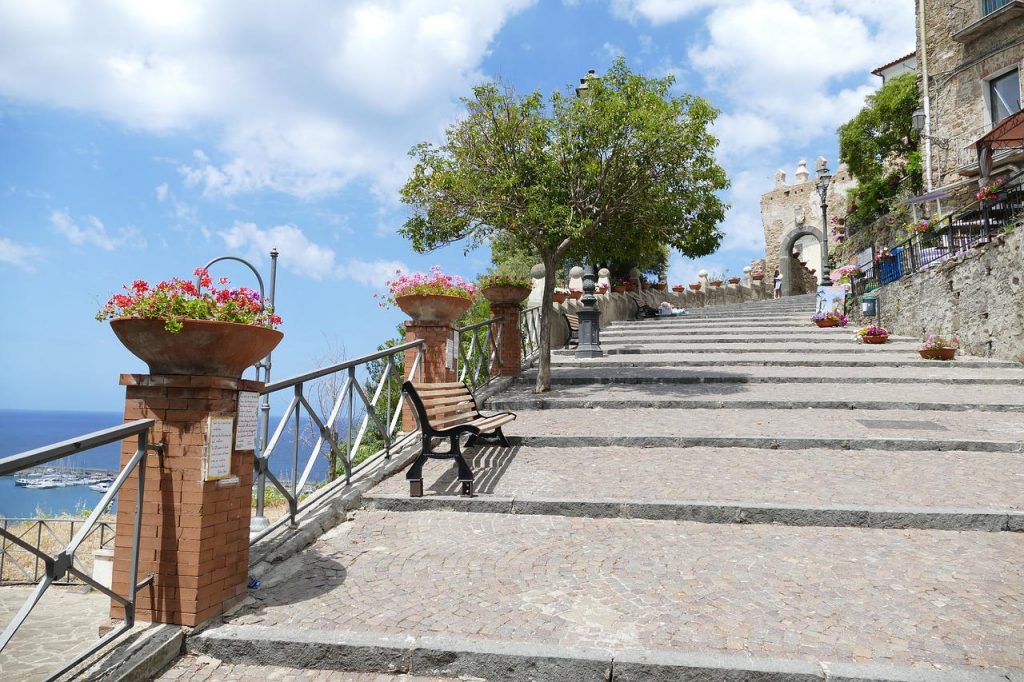 This national park is the second-largest in Italy and is the perfect union between nature and culture. An extremely diverse biome of plants and animals, archaeology, and villages, all coexist here in perfect harmony.

Just a few kilometers from Agropoli, you’ll reach the bay of Santa Maria di Castellabate (between Punta Tresino and Punta Licosa). It is one of the most beautiful coastal areas on the peninsula and the first Italian marine reserve. Its waters are so clear that you almost hesitate to get in them out of fear of contaminating them.

The hills covered in vineyards and olive trees gently slope toward the turquoise sea and the villages almost seem like nativity scenes in the distance. Castellabate is the embodiment of the quintessential medieval village where time seems to have stood still. It is no wonder why it is recognized as a UNESCO World Heritage Site.

Castellabate enchants with its alleys, steps, courtyards, arches, and tiny artisan shops. Enjoy the view of the intense, blue sea from any number of its terraces and belvederes. Sip an aperitif at a little cafè in a tiny piazza and “people watch”. 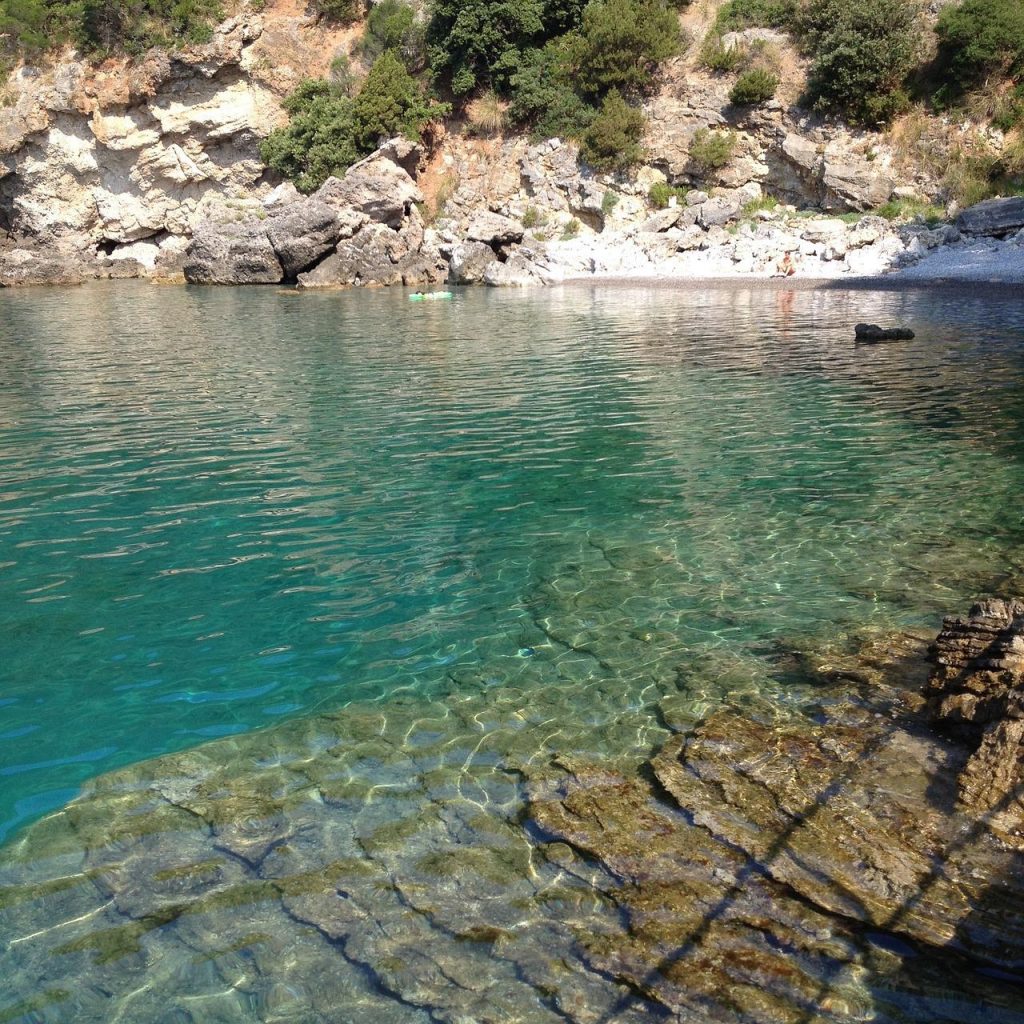 At the foot of the village, in an enchanted gulf, the small towns of Santa Maria, San Marco, Lago and Ogliastro Marina complete the picture-perfect painting with their long golden beaches, interspersed with cliff points.

Not far away, lies the renowned seaside resort of Acciaroli. This beach proudly waves the famous Blue Flag award and is said to have inspired Ernest Hemingway to write The Old Man and the Sea during one of his visits.

The Ruins of Velia

And being that we are just a few kilometers away, we must make a stop at another of the most famous archaeological sites in the area, the Scavi di Velia. Founded in 540 BC by Phocaean Greek refugees as Elea, the archaeological area stands on a rocky promontory, not far from the sea. Among its most famous thinkers, were Parmenides and Zeno, and among its illustrious vacationers, Cicero and Horace.

Briefly departing from the sea and pushing inland, you’ll come into the Vallo di Diano National Park. Surrounded by a crown of mountains, fifteen different municipalities are enclosed within this spectacular scenery where nature and history form a perfect union.

In Padula, lies the single largest monument in all of southern Italy: the 16th-century San Lorenzo Charterhouse. In Italian, la Certosa di San Lorenzo, is majestic and full of charm. Recognized as a UNESCO World Heritage Site, the charterhouse is an astonishing 50,000 square meters embellished with 84 arches, a Baroque church, colorful majolica tiles, a majestic library, a helical staircase, and a large cloister with its 24 cells that belonged to the Carthusian monks.

Still to this day, the charterhouse commemorates the visit of Emperor Charles V by creating a giant omelet made of 1,000 eggs! The event is held on August 10th and brings onlookers from all over the world. 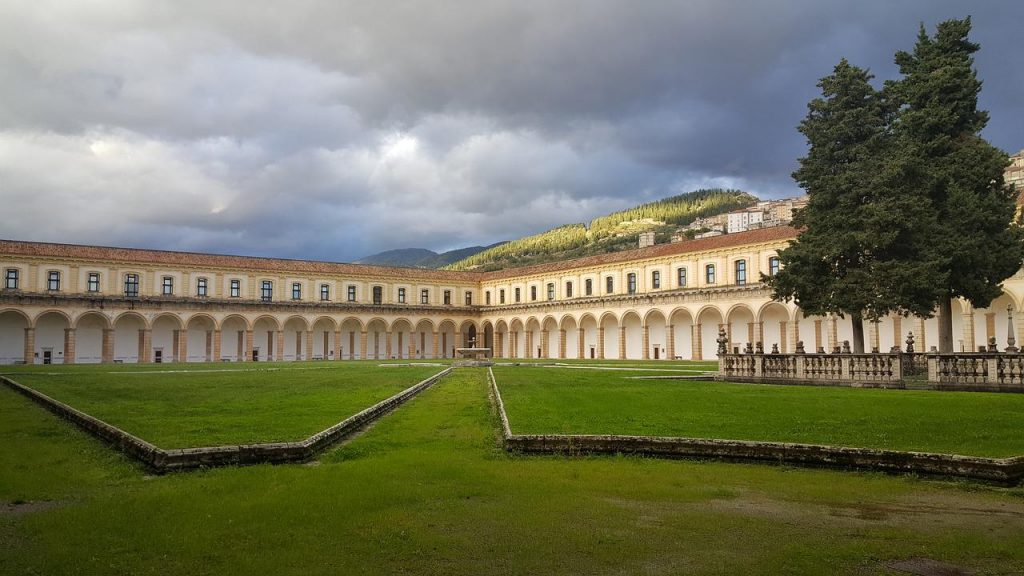 The “Angel of Pertosa” Caves

Not far away are the caves of the Angel of Pertosa, a true spectacle of nature of incomparable beauty. The tourist route is open to the public and winds three kilometers through a section that can be traveled by boat. Visit the official website for more info.

And finally, in the midst of legends, myths, and history, we must end our journey by visiting Camerota, Centola, and Palinuro, in the far south of the region. The legend reported by Virgil in the Aeneid leads back to the mythological origins of this delightful, uncontaminated place of the Tyrrhenian Sea. But this enchanting bay deserves an article all to itself.

This is the end of the road, so to speak, but we’re sure it won’t be long until Cilento beckons us back again for yet another adventure.

Read on about Palinuro.

Post Views: 289
Redattore
The Colosseum in Rome: A 2,000-Year-Old Icon
The City of Palermo as Seen From the Cathedral Rooftop