The Gran Sasso and Monti della Laga National Park is one of the largest and most beautiful in all of Italy. It spans 3 regions (Lazio, Abruzzo, and Le Marche) for a total of 150,000 hectares of unprecedented beauty although the vast majority of the land lies in Abruzzo’s provinces of L’Aquila, Teramo, and Pescara.

At the heart of the park is the pride and joy of Abruzzo, the Gran Sasso massif. Its Corno Grande is the tallest peak in the Apennines at almost 3,000 meters and the second tallest in all of Italy.

Covered in snow most of the year, it is home to all sorts of species that have adapted to their harsh environment from the once extinct Apennine chamois, the dwindling population of Marsican brown bears, golden eagles, and wolves.

The sheer limestone cliffs make it ideal for extreme rock climbing. The Il Calderone glacier, which was one of the few southernmost glaciers existing on the planet, sadly, disappeared last year due to climate change. 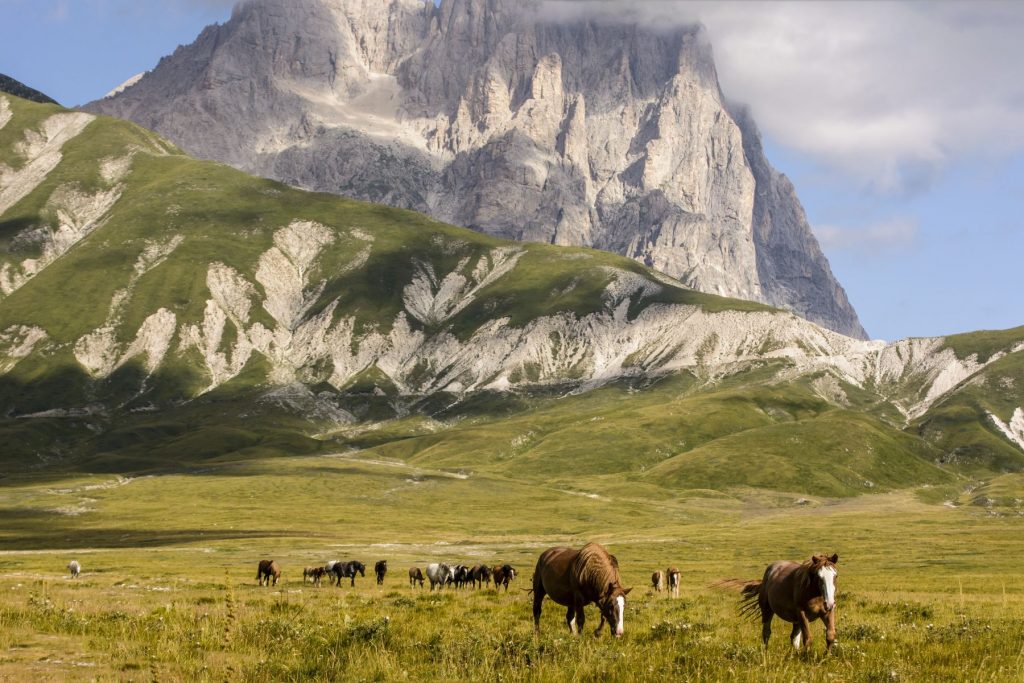 Just below the Corno Grande and Corno Piccolo lies the largest plateau in the entire Apennine chain, Campo Imperatore. It’s known as “Little Tibet” for its high altitude (between 1,500 and 2,000 meters) and seemingly endless expanse of almost 30 km.

In the springtime, it delights visitors with its lavender blanket of crocus still used for harvesting saffron. It isn’t unusual to catch a glimpse of herds of sheep, horses, and cattle grazing during the harsh winter months as they have for thousands of years.

Campo Imperatore is home to one of the oldest and most famous ski resorts in Italy, partly because Hotel Campo Imperatore was where Benito Mussolini was imprisoned in 1943 just prior to the Gran Sasso raid.

Major villages around the Campo Imperatore include one of the tallest fortresses left standing in all of Europe, Rocca Calascio. Castel del Monte and Santo Stefano di Sessanio, both part of the prestigious list of the “Most Beautiful Villages in Italy”, are also definitely worth visiting. 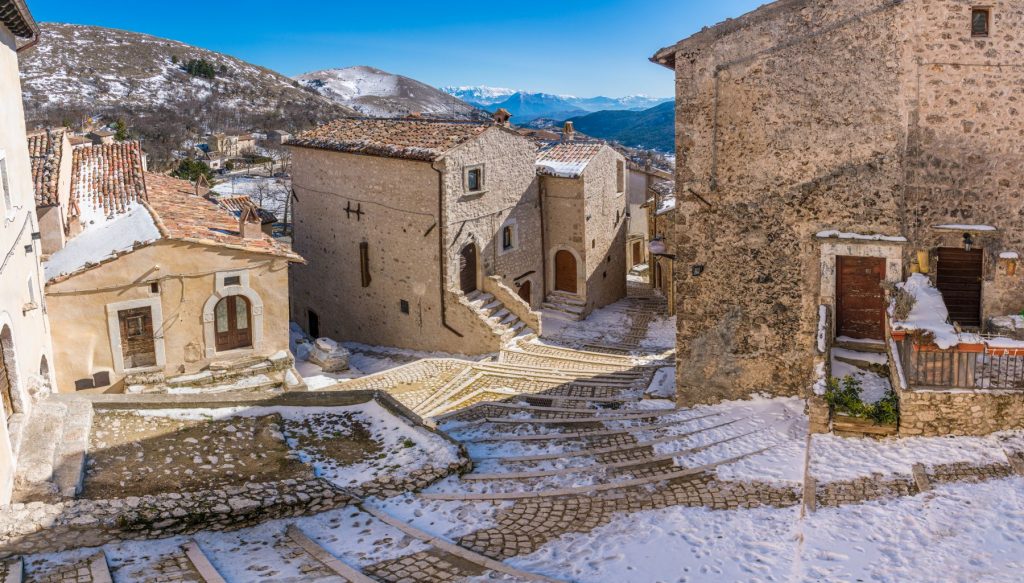 This area is characterized by numerous waterways including more than 10 waterfalls. Some of the most spectacular are the Morricana falls, the Fossi del Molinaro falls, and the Selva Grande. The trail appropriately named the “Cento Cascate”, or 100 Falls, which leads all the way up to Mount Gorzano is one of the best in this part of the park.

Villages in this part of the park include Amatrice and Accumoli.

Activities in the Park

Depending on the season and your own personal level of adventure, the possibilities for enjoying this national park are truly endless.

Just to name a few, there are over 320 km of horse trails within the park- the most in all of Italy. If hiking or mountain biking is your preference then there are hundreds of trails throughout the park during all seasons and at all ability levels. Many are categorized into themes such as food and wine, villages, churches and ancient ruins, and more. Guided tours are also available. 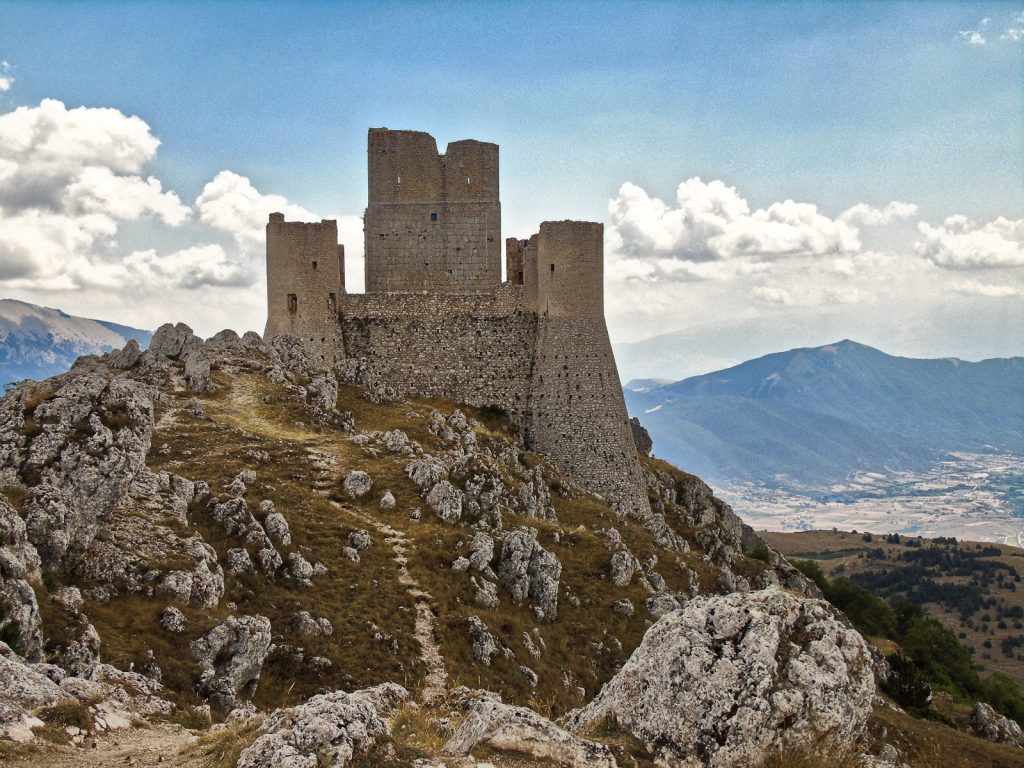 Because this park is so large and offers so many possibilities, it would be impossible to cover everything in a single article. The park’s official website is a rich source of information in English and should be the starting point prior to visiting.

There are a total of 18 visitor centers within the park but the main office is located in Assergi, L’Aquila.