Lombardy, otherwise known as the “region of lakes”, offers various choices for people who love lake tourism. There are the famous freshwater basins such as Lake Maggiore, Lake Como, and Lake Garda for travelers who are heading to northern Italy. But there are many others just waiting to be discovered. Definitely less well known is Lake Monate whose waters are perhaps even clearer. Let’s go exploring along Lake Monate and its shores! 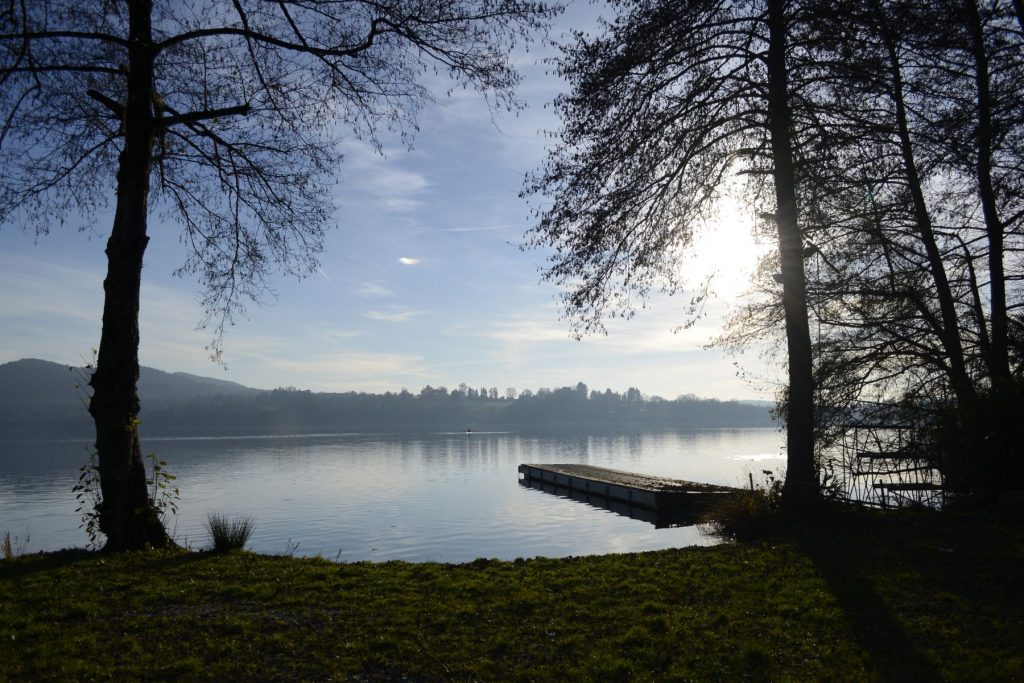 Lake Monate is in the province of Varese, between Lake Maggiore and Lake Varese, just north of Lake Comabbio. Some municipalities which overlook its banks are Travedona, Monate, Cadrezzate, and Osmate. They not only offer seasonal entertainment, such as festivals and local fairs, but they also boast some permanent attractions.

Lake Monate has unique characteristics compared to other nearby bodies of water. Monate is accessible by both land and water and icy water sources naturally flow into it. No motorized boats are allowed which guarantees an uncontaminated ecosystem perfect for swimming.

The Legend of Lake Monate

Legend has it that a maiden named Bianca, faithful to her beloved soldier, refused to marry a powerful feudal lord. The lord, offended by her rejection, forbade anyone from offering water to the young girl and her mother. When Bianca’s mother fell ill, Bianca begged the lord for mercy but to no avail. Seeking revenge, she decided to curse him and his family. A strong hurricane destroyed the feudal estate, overflowing the courtyard and the castle and giving life to Lake Monate.

From the southern banks of the lake, you can admire the Alpine mountains on the horizon, which in winter are covered by snow. The immaculate surface of the lake remains isolated until spring. In April and May the first swans appear, dragonflies float on water lilies and the natural fauna springs to life. During summer, paddle boats and surfboards glide on the surface, while numerous visitors relax and sunbathe, enjoying the fresh air and even the fireworks in August. In autumn, when the banks turn yellow and orange, the cycle starts again. 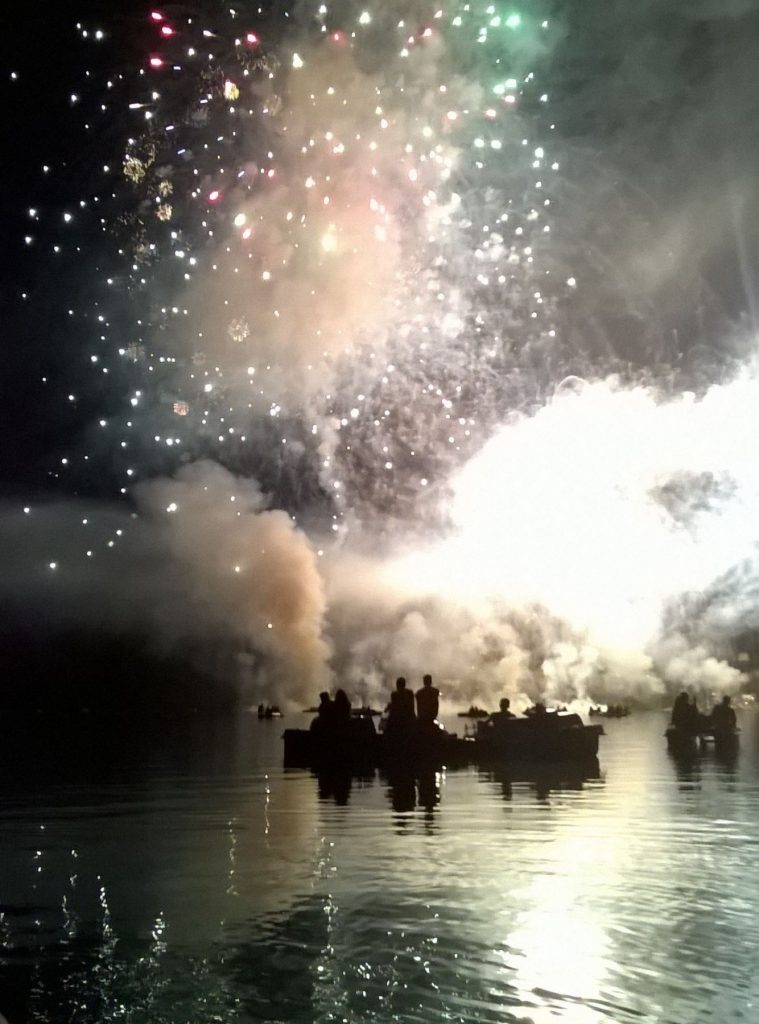 Walking along the perimeter of the lake in a clockwise direction and following the SP33 road, the first municipality is Osmate. Here, you can access the lake via the Spiaggia dei Pensieri (beach of dreams) which is a tiny shaded area of grass. You can reach it on foot by following a path which starts from the center of town and from the municipal beach next to it.

Cadrezzate, with its four beaches and a public park, is the next municipality. The first beach is located inside the Larice Club, which has an entrance fee and offers many activities and facilities: basketball, volleyball, ping-pong, paddle boat, and canoe rental. Prima Spiaggia (first beach) is a communal but privately managed area also providing various services. After that, you will reach Parco Lago (park lake), where, although swimming or boating isn’t permitted, you can stop for a  relaxing walk. Continuing on, there are two access points with restaurants and equipped beaches, which also provide evening services, the Bistrot del Lago and La Playa Beach.

On the SP36 road, you can continue towards Travedona-Monate. The first area you will find here is the beach in Via Marcobi, which is not really a beach but a strip of lawn which is always crowded and where swimming is not permitted. A bar and an equipped beach are located at Oltre Lago near the rowing area via Agostino Binda.

Continuing towards the SS629, you will find a small space dedicated to four-legged friends: the dog beach in via Mascagni. Last but not least, as its name suggests, the bathing area of l‘Ultima Spiaggia (last beach), can be reached via the underpass from the parking lot. It is an equipped beach with a bar restaurant that offers dinners and lunches and where you can rent a pedal boat. A final stretch of land connects the lake to the main road, in Via Lago di Monate, a small free access area next to Camping Lago di Monate.

Why not explore them all!