Lake Trasimeno between History and Nature

Surrounded by the hills of the Umbrian countryside, Lake Trasimeno is the fourth largest lake in Italy with a surface of 128 square kilometers. Considered among the most charming holiday destinations in Umbria, this basin so dear to Lord Byron allows its visitor to easily reach important cities of art, medieval hamlets and tourist resorts. 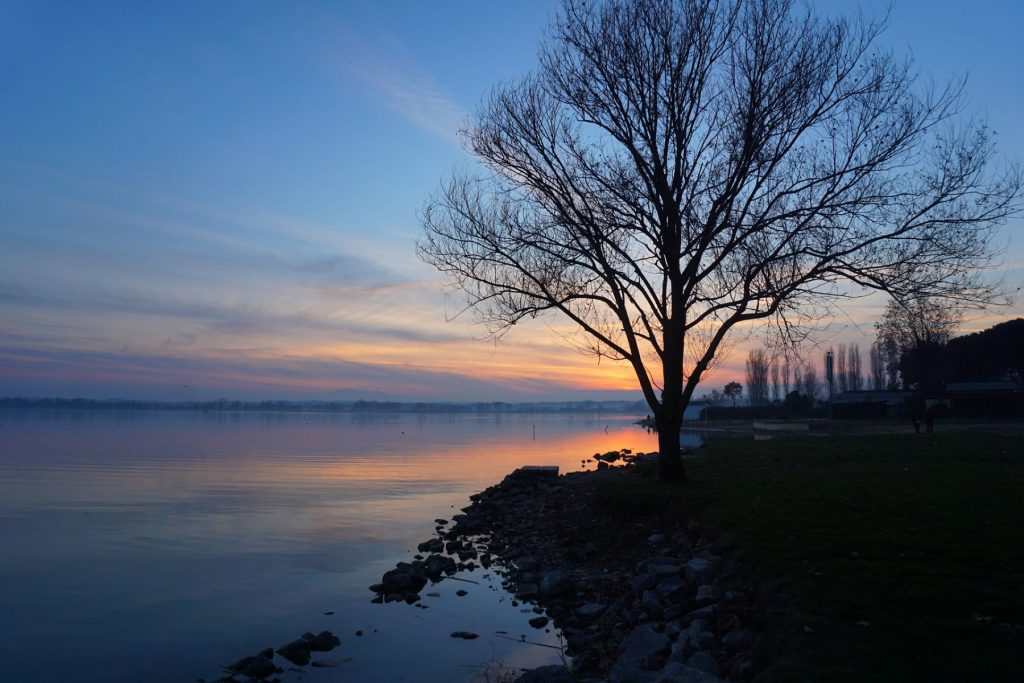 Places like Castiglione del Lago, Città della Pieve, Magione and Tuoro sul Trasimeno are among the most interesting places around the Trasimeno area.

On the western shores of the lake, enclosed by the hills which mark the border between Umbria and Tuscany, the municipality of Castiglione del Lago is one of the most beautiful hamlets in the area.

Built on a promontory, which once was the fourth island of the lake, Castiglione has a grid-structured layout which discloses its Roman origin. Castiglione owes its name to the ancient Latin fortification named Castellum Leonis (‘Fortress of the Lion’). Expanded in later periods until it reached its current state, Rocca del Leone is a massive fortified structure surrounded by a defensive wall with four towers and a 30-meter tall keep; an exquisite example of the military architecture of the Umbria region of Italy, embellished by the incredible view over the lake.

Built as the private residence for the Corgna Family, Palazzo della Corgna is a mansion surrounded by a lush Italian style garden. Its rooms are decorated with magnificent frescoes depicting mythological scenes like in the Paris’ Hall and in the Aeneid Hall. Events are recalled that celebrate the lives of the Corgna family in the Hall of Ascanius. Important historic events of the Trasimeno area, like the battle between the Roman and the Carthaginian armies, is depicted in the Hall of the Battle of Trasimeno.

Originally settled by the Etruscans and later occupied by the Roman Empire, the area of Città della Pieve witnessed countless events during the Middle Ages. It was ruled by countless lords until Pope Clement VII assigned the hamlet to the Papal States.

Still surrounded for the most part by the original fourteenth-century defensive wall, the hamlet boasts the narrowest alley in Italy: via Baciadonne while the Cathedral of the Saints Gervase and Protrase stands in the center of the settlement. Its most ancient parts date back to the twelfth century, although several subsequent interventions changed its original structure. Within the Cathedral, it is possible to see works of art by Domenico Alfani and two other very important painters born in Città della Pieve. Perugino’s Virgin and Child with the Saints Peter, Paul, Gervase and Protase and Pomarancio’s God Almighty and Angels.

Originally composed of two different buildings, the castle has undergone several changes over the years that modified both its construction and its purpose. In fact, the castle became an abbey and finally a proper fortress with a square layout, fortified external walls, towers, and a courtyard. Currently, the Castle of the Knights of Malta is part of a private farmstead; however, it is possible to book a visit to one of its wings. The cloister, on the other hand, is open to the public.

Built on the very same area where the Roman army clashed against the Carthaginian army led by Hannibal and lost, Tuoro sul Trasimeno was founded in relatively more recent times. In fact, the first records date back to the fourteenth century. You can walk around the Castle of Civitella Ranieri and from its position of 450 meters above sea level, have an amazing panoramic view over the lake and the nearby Pieve up to the Umbrian-Tuscan border. 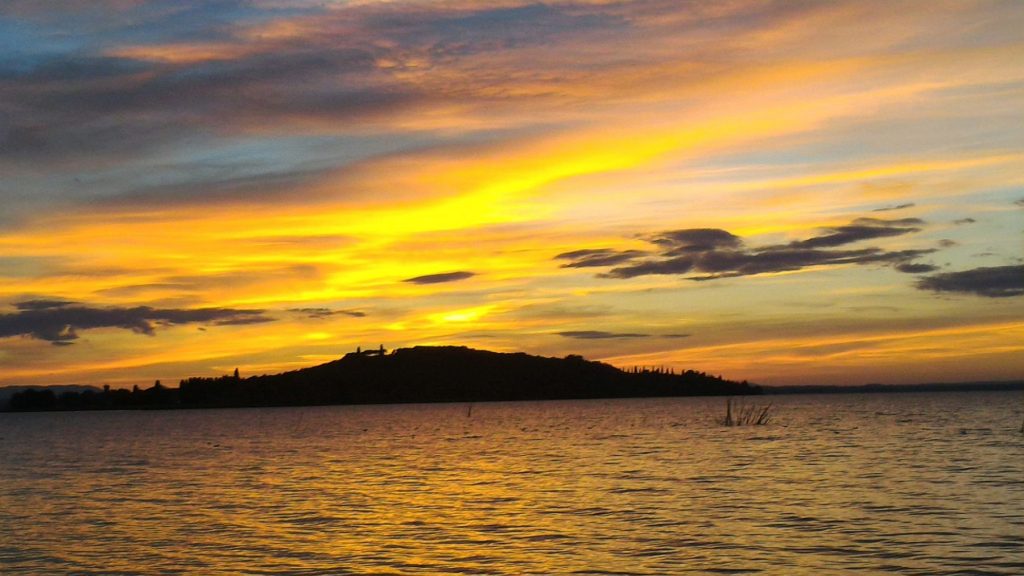 From Tuoro it is possible to take a ferry to the eastern side of Isola Maggiore.

From there, enjoy a hike on one of the island’s trails that winds past olive trees, cypresses, and poplars, to a very small hamlet, full of monuments dating back to the Middle Ages, on the western side of the island.

The largest island of Lake Trasimeno is Isola Polvese which is undoubtedly among the most interesting locations to visit in the area. Part of the Parco Regionale of Trasimeno, a natural park run by the government of the Umbria Region, this island offers an educational and scientific experience, further embellished by several monuments dating back to ancient times. A double experience for every visitor, halfway between full immersion in nature and the exploration of the artistic sites of the island.

It is worthwhile to name the island’s most important sites of interest such as the Medieval Castle, towering above the ancient hamlet, the Church of Saint Giuliano, the ruins of the Church of Saint Secondo and the Olivetans’ Monastery and, finally, the Garden of  Aquatic Plants (realized in 1959 by Pietro Porcinai).