What to See Around Lombardy’s Lake Iseo

In the heart of Italy’s northern Lombardy region amongst the infinite stretches of vineyards and farms lies an area known as Franciacorta. From the city of Brescia to the tip of Lake Iseo, it is all breathtaking. 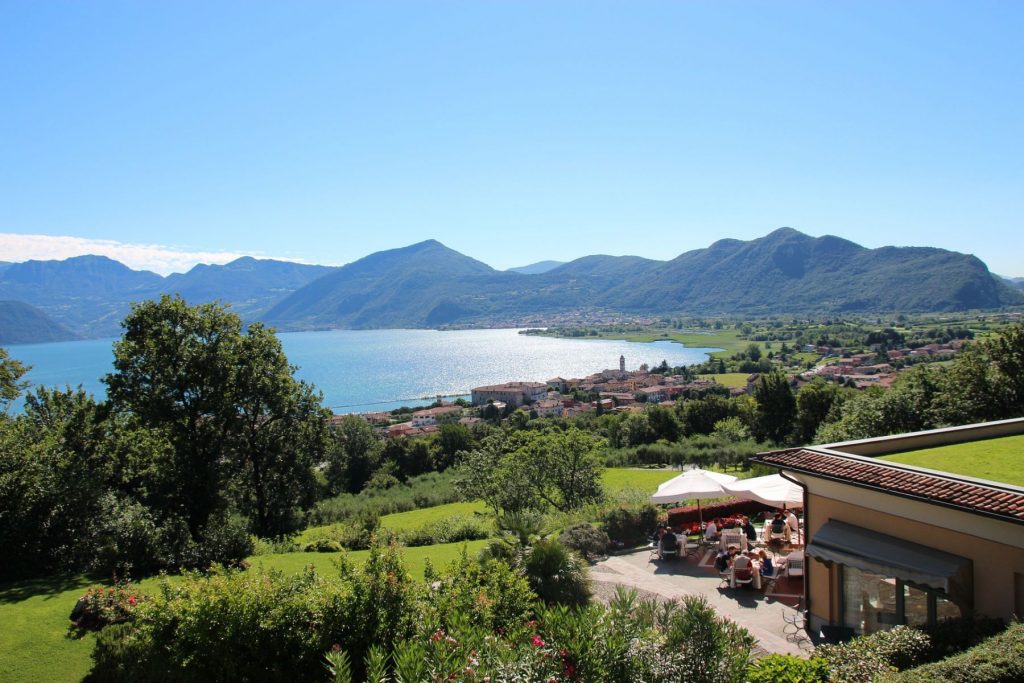 Brief History of the Area

The curious name (Franciacorta) of this small territory – which extends from the city of Brescia to the lower tip of Lake Iseo – derives from Charlemagne‘s short stay near the city of Brescia in 774 AD. Hence the name Francia (the Franks-Francia) and corta (meaning short). The borders of Franciacorta were established for the first time around 1430. Brescia defined a countryside area delimited to the south by the town of Rovato, east by Gussago, west by that of Capriolo and north by the village of Iseo.

Over the decades, the temperate and rather sunny climate, the fertile soil and the vast countryside have made Franciacorta an ideal place to plant thousands of vineyards. Numerous cellars produce quite famous wines. Varieties such as Franciacorta (in several variations), Brut, Satén, and the inevitable sparkling wine.

The action of glaciers shaped the region thousands of years ago by forming a set of valleys and hills similar to those in Tuscany and creating a series of rural landscapes. In 2000, a “Wine Road” (Strada del Vino) was created that traverses the most characteristic villages of the area. Food and wine tourism are now a popular attraction. 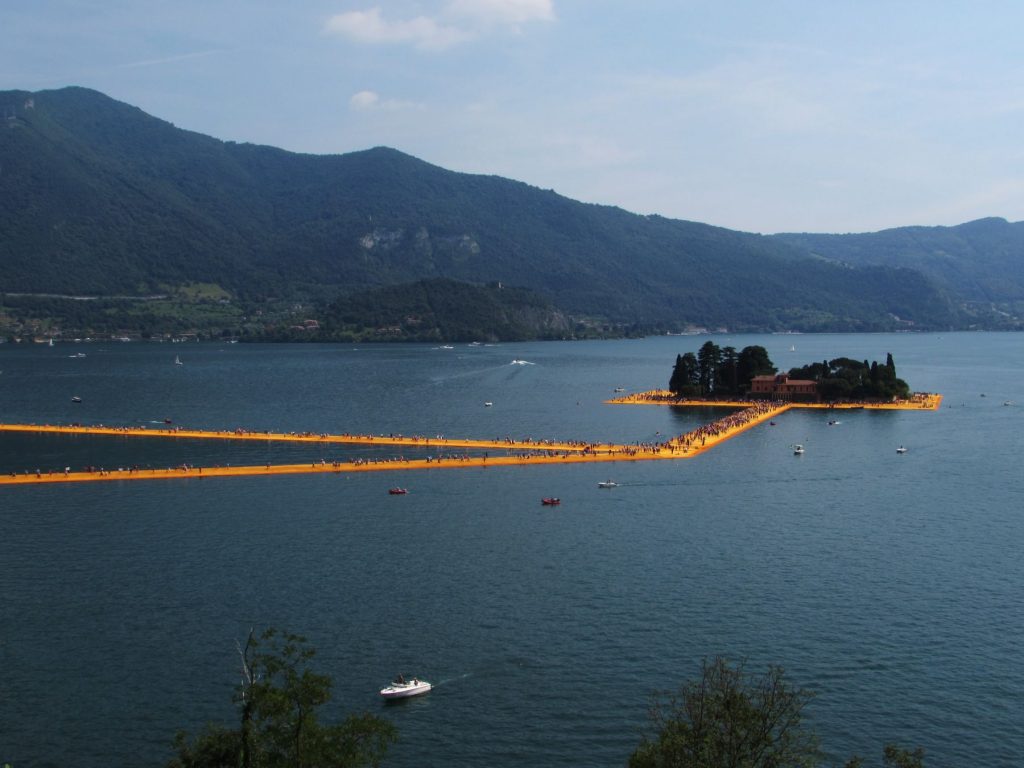 In the last decade, the area of ​​Franciacorta and Lake Iseo has become very popular with foreign tourists. They spend their holidays on a local farm or at one of the many campsites on the shores of the lake. The temporary art installation “The Floating Piers” by the well-known and imaginative artist Christo Yavachev drew over a million tourists. It consisted of a bright yellow, floating bridge some 1,500 meters long. It connected the town of Sulzano with Peschiera (a small village above the Iseo’s island Montisola) and then continued around the islet of San Paolo.

The extremely suggestive scenery and the artist’s notoriety brought an impressive turnout of visitors (over 1,300,000). It also promoted the cultural beauty of the area. Whether you are traveling from Brescia or coming from the north, the area of Franciacorta will not disappoint.

In addition to the wineries, one of the most particular and interesting areas to visit is undoubtedly the Torbiere del Sebino Nature Reserve. Peat bogs developed in the region between the towns of Provaglio d’Iseo, Iseo and Timoline, and represent a protected area where flora and fauna can grow freely.

The landscape is out of this world: long, wooden walkways and paths in the woods, bodies of water that reflect the vegetation and the surrounding hills. For bird watchers, the route also includes an observation tower similar to a stilt house where you can view the many wild bird species. You’ll be able to spot hares, swans and the less common, kingfishers and herons.

Lake Iseo and its Lakeside Villages

Moving a few kilometers further north, you will come to Lake Iseo and its island, Montisola. With less than 2,000 residents, traffic prohibited to cars, and dense vegetation, the island proves to be a perfect place to relax. You can admire the lake and its villages from a privileged position. Don’t forget to take the path to the panoramic point of the Sanctuary of Ceriola. On the descent, you can follow the path that crosses the villages of Carzano, Peschiera, and Sensole, and even visit old factories and handcrafted boat workshops.

The flower festival is celebrated every five years in Carzano. The whole city is covered with floral decorations and real or handcrafted flowers (the next edition will take place in September 2020). You can take the ferry from village to village and explore them all if you have time. Starting right from Iseo, you can stroll along the splendid tree-lined lakefront and then go into the historic center and visit the ancient Pieve di S. Andrea – founded in the fifth century AD. – and the large square named after Garibaldi. Not far away, you can visit the Castello Olofredi square, now home to the municipal library and numerous exhibitions.

Continuing north, are the lovely villages of Sulzano and Sale Marasino. Sulzano has a very convenient beach for tourists, while Sale Marasino is a quaint labyrinth of alleys and historic buildings that alternate with splendid views of the lake, especially during sunset. Proceeding further north, towards the extreme tip of the lake, you’ll find Marone, Vello (with its cliffside walkway) and Pisogne (which has a beautiful historic center). In truth, even the western shore of the lake is not to be missed! If you can, ideally, it would be best to bike or travel by car around the entire lake  (67 kilometers). 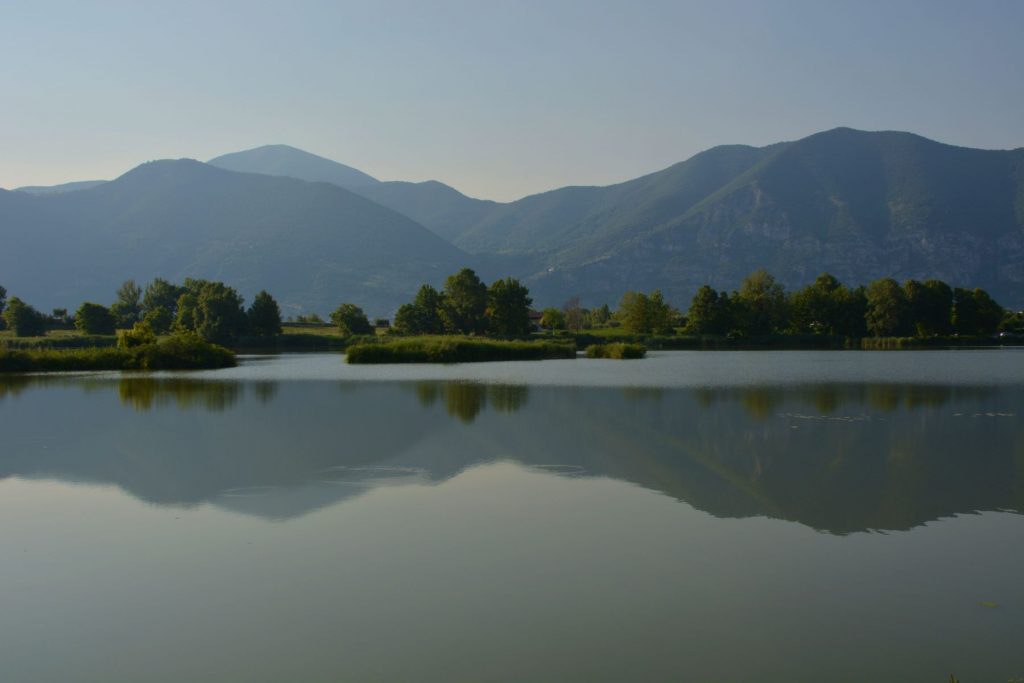 For those who want to immerse themselves in nature – but without losing sight of Lake Iseo – it is advisable to follow the path of the ancient Valerian Road, once the only link with Valcamonica. Starting from Pilzone, you can follow the footsteps of the commercial routes and the shepherds up to Pisogne, passing through different hamlets and chapels. The route is quite simple but long, and it will give you the opportunity to retrace 25 kilometers of a path that was said to have been taken by the ancient Romans.

The Pyramids of Zone

Going up to the village of Zone you can also admire another spectacular natural attraction: the natural reserve of the Zone pyramids. These pinnacles, up to thirty meters high, were created almost 150,000 years ago thanks to the erosive force of water, which shaped them into what we see today. Huge boulders balance on top of the pyramids which due to a thin layer of silt prevents their collapse and erosion.

Franciacorta and Lake Iseo represent a beautiful area to explore, where you can admire enchanting landscapes and panoramas, as well as ancient villages. In addition to the sites mentioned, there are dozens more to discover, and anyone wishing to spend a weekend or a holiday in this charming Italian region will not be disappointed. 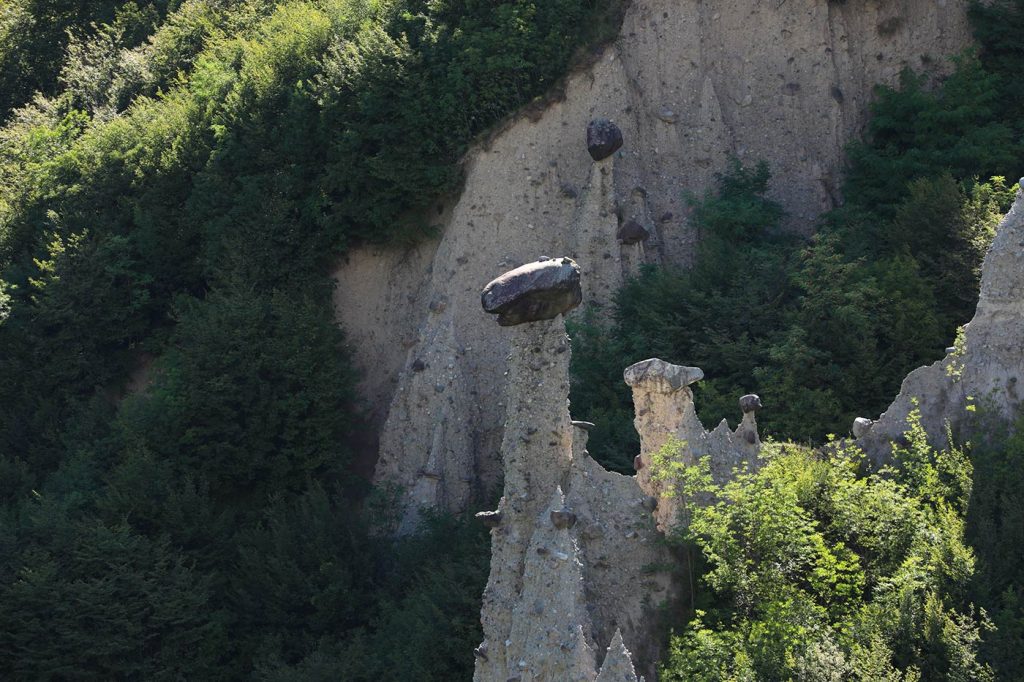