The city of Lucca is so ancient that even now many scholars still discuss its real origins. Some say it was born as a Ligurian settlement, others believe that it has Etruscan origins, and some trace it back to a Roman city dating to 180 BC.

I certainly can’t speak to its true origins, but what I can do as a photographer is to tell you about Lucca in a completely new way by comparing my shots with those from over seventy years ago.

The idea for ​​this project came about by chance when I found old shots of the city in the attic. I was struck by the idea of ​​recapturing those same moments and comparing the past and present. 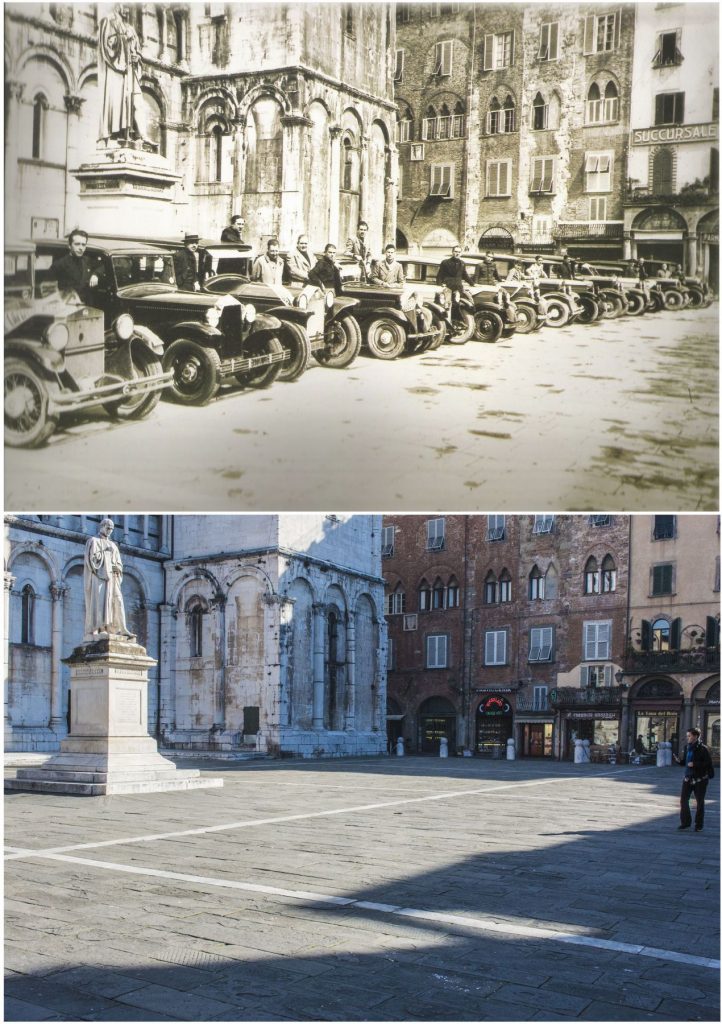 The first image that captivated me was of a fascist demonstration in Piazza S. Michele. There is something strange in this photo, it should give the feeling of strength, of authority, and instead what I see are simply men arranged in front of a photographer, and to be honest, they also appear a bit clumsy. Another detail: the city seems completely emptied, the square is silent, lacking life. It’s a very unusual shot.

Then, there was the photograph of two children next to a petrol pump in Giannotti village: an area of ​​the city outside the historic walls, a few meters from Porta S. Maria. This is an avenue that is still active and chic today, benefiting from the development of various businesses and above all by an intense building fervor. Obviously, the protagonists of the shot are the two kids struggling with a petrol pump. 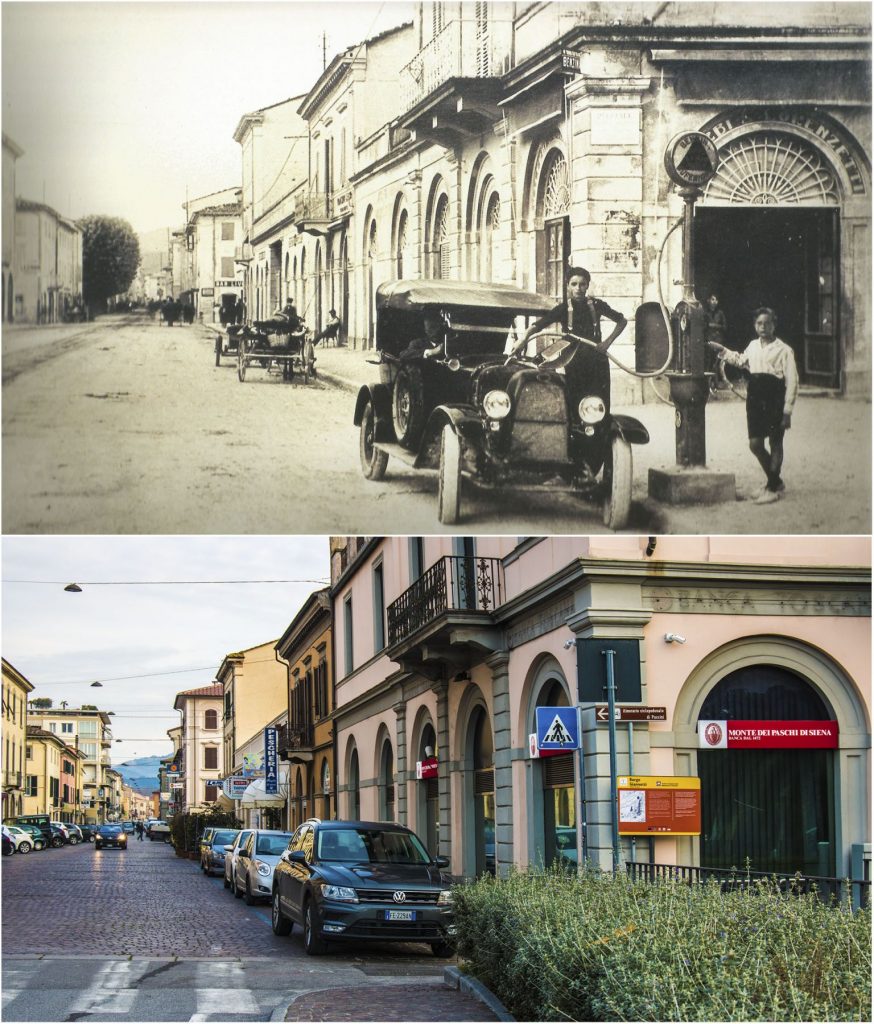 Browsing through the other photos, I came across one of a tram to Pescia which left from Piazza Napoleone. At that time, the province of Lucca was much larger and more extensive than it is today. The whole Valdinievole, including ten municipalities, was part of Lucca and Pescia was its economic and political capital. Relations with Lucca were tense and so the tram meant that both people and goods could be better connected. Today, you can still make out the tram sign on some decaying walls.

By far, the most interesting shot was the one that portrayed the asphalt machines. After careful observation, I was able to identify the exact location- the Santa Maria bulwark. In this particular photo, the juxtaposition of “old” and “new” was particularly effective.

As I continued to flip through the photos, I became more and more aware of how the “stories” pictured were immortalized. Frozen in time.

There was Piazza Anfiteatro during the food market before it was transferred to the former convent in Piazza del Carmine; the old Savoy Bar in via Vittorio Emanuele; the Torre delle Ore in via Fillungo, linked to the legends of Lucida Mansi (the woman who had sold her soul to the devil to stay young and beautiful).

And I thought, maybe, just maybe, the city of Lucca had made the same pact and that’s how it stayed infinitely beautiful.

Post Views: 144
Redattore
Carnival in Fano: One of the Oldest in Italy
Visiting Fano on Italy’s Adriatic Coast