It’s finally here! After a long wait that began in October 2014, everything is finally ready for the opening ceremony of Matera European Capital of Culture 2019! The inauguration will kick off a 48 week long series of cultural events in the fabulous “City of Stones”!

The inaugural ceremony will be an event marked by collective participation and inclusion, the same values ​​that have accompanied the entire application process, and will include a series of events throughout the weekend. 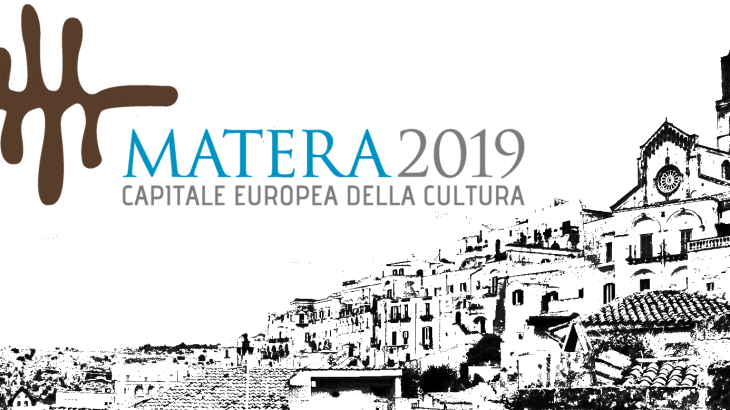 The ceremony kicks off with fifteen original, specially-designed lighting scenes installed throughout the city. Lumen – Social Light, designed by the community and by leaders in the sector present in Southern Italy, will lead visitors on new routes to visit the city.

A guided tour of the lights is scheduled (limited spots available) which will leave at 18:00 from Porta Pistola in the Sassi of Matera.

Another interesting project that will characterize the European Capital of Culture 2019 is Matera Alberga. Contemporary art representing the ancient neighborhoods of the “City of Stones” will be placed inside the hotels of the city, which represent the union between the inhabitants of the city and its visitors.

In particular, from 11 am to 5 pm on January 18, you can admire the artistic works of Alfredo Pirri at Corte San Pietro, Filippo Riniolo at the Locanda di San Martino and Dario Carmentano at the Hotel Dimore dell’Idris.

On Saturday, January 19th, the official inaugural ceremony will be held in five phases:

Open Sounds starts at 10:00am with the inauguration of all the spaces of Cava del Sole, accompanied by symphonies and anthems from all over Europe. Bands from Matera and Plovdiv, the two European Capitals of Culture 2019, will take the stage along with 14 other bands (7 from Basilicata and 7 other European).

La Cava del Sole will be open to the public from 9:30am to 11:30am and can only be reached with special shuttles that will depart from the Paip 2 area.

The second part of the day, Open City, will feature the city’s various neighborhoods as protagonists. More than two thousand musicians from all over Europe will cross the neighborhoods of the city and be welcomed into homes, churches, and schools. Afterwards, a traditional lunch will be served.

Open Lights will begin at sunset, around 16:30, in the Sassi area, where musicians will converge and continue to perform. The Sasso Barisano will be illuminated by thousands of lights thanks to the Matera Cielo Stellato project, and the Sasso by the technological installations of Lumen Social Light. In Piazza Duomo, the voices of two polyphonic choirs from Matera will resound and you will be able to watch the acrobatics of the Ascoli della Compagnia dei Folli.

From 6:50 pm the penultimate part of this ceremony will begin, officially inaugurating the “City of Stones” as the European Capital of Culture, or the Open Show. Bands will perform in Piazza San Pietro Caveoso coordinated by Stefano Bollani, an exceptional guest. The live televised show will feature the President of the Republic, Sergio Mattarella, and other national and international guests. Finally, there will be a beautiful fireworks show.

And for the final part of this interesting day- Open Future– which will last until midnight. Led by luminous horses from the Quidams company, the show will spread throughout the alleys, streets and buildings of Matera with performances by national and international artists.

Clubs, bars and public places will host DJ sets, live music and performances throughout the night. The opening ceremony of the European Capital of Culture will end with a splendid parade.

The inaugural ceremony won’t be confined to the city limits of Matera, but will involve the entire region of Basilicata. On January 20th, every major Basilicata band will host a foreign band in the piazzas throughout the region enlivening the entire region in unison! 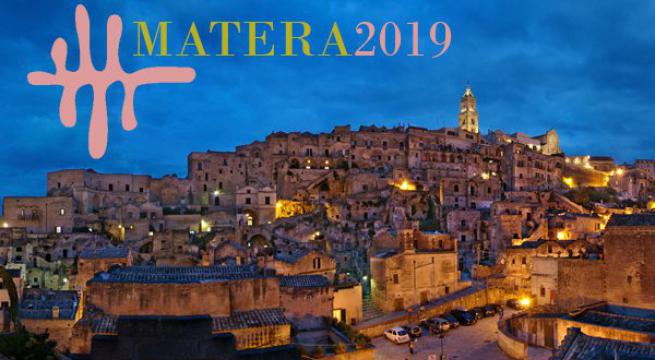 Immediately after the opening ceremony, comes the first major art exhibition dedicated to hypogean (underground) cities- Ars Excavandi. From a contemporary perspective, it proposes a new approach to rupestrian art, from the early use of natural cavities and rock carvings to caves, dwellings, monuments, canals, cities and villages carved out of the rock. The exhibition will be held at the Domenico Ridola National Archaeological Museum and admission will be allowed to all visitors with a “passport” (more information on the passport can be found below).

Another exhibition that can be visited beginning January 20th is Mater(i)a and P(i)etra. It is a photographic exhibition curated by Carlos Solito, intertwining the UNESCO cities of Matera and Petra (Jordan), both cities carved out of stone. In his photos and videos, Carlos Solito approaches the places, people and atmosphere of the two cities, weaving a network of continuous references. 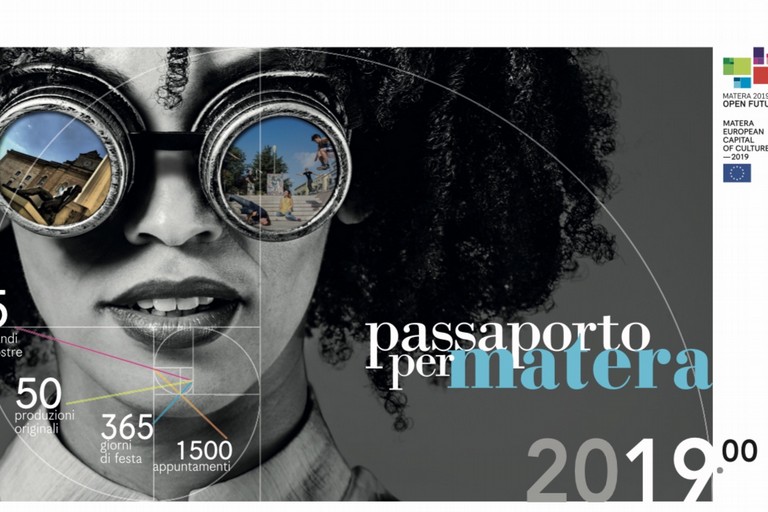 Beginning November 20, 2018, a passport can be purchased for Matera 2019, which will allow you to participate in all the scheduled events within the official program.

A single €19 passport will give you a complete 365-day experience including: 48 weeks of events, (showcasing) 800 artists and cultural operators from all over the world, more than 50 original cultural productions, 5 can’t-miss great exhibitions and much more! It can be purchased on the official website in the “ticket” section and on the TicketOne circuit (website, points of sale throughout the national territory, call center) thanks to the support of the Main Partner TIM.

There are reduced rates for some categories:

We’d invite you to consult the official website of Matera 2019 to read complete rules.

Some events will require a reservation, available from December 2018 for the events of the first months of 2019, and then further available as the year progresses. The official and complete program for Matera 2019 can be viewed on the official website as well as important updates.

Beginning January 7th, visitors can obtain an actual paper passport and gadget at the various info points in Matera.

“Temporary citizens” who obtain a passport for the event will be assigned the “duty” of bringing a book to be donated to the community library for the occasion of the Open Culture Festival. Books can be dropped off at the various info points.

Below is the official RAI video of Matera European Capital of Culture 2019, created by the director Alessandro Piva for the ATP Basilicata, with the support of the Presidency of the Basilicata Council of Ministers.

Thanks to the partnership with RAI, even those unable to attend the event in person will be able to follow the opening ceremony of Matera European Capital of Culture 2019 with live television broadcast from 19:00. The live broadcast will include the musical concerts, and at 8.00 pm, TG1 will broadcast President Mattarella’s opening message.

The broadcast will continue and include the special national and international artists who have come to Matera for the occasion.

The source of this article was taken directly from the official website Matera European Capital of Culture 2019 www.matera-basilicata2019.it. Please visit the site if you wish to receive more detailed information on the opening ceremony.

We at dooid would be glad to organize your stay in Matera in 2019 in one of our network of hotels or bed & breakfasts and/or to book a guided tour of the city!