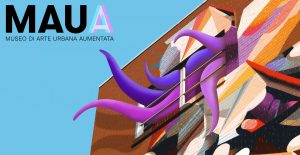 Milan, city of a hundred shades among which the cultural, from December 2017, adds to its museums’ inventory a new one: MAUA, the Augmented Urban Art Museum. It is a widespread open air museum, also considered the largest street art urban mapping, that develops in the suburbs and less popular districts.

The museum proposes original cultural itineraries, composed of fifty preexistent murals, included in a tourist circuit, which doesn’t only consider the fruition in loco, but it also envisages the possibility of further experiencing them through augmented reality. Once chosen the itinerary to follow and reached the target murals, the observer can frame them with his smartphone, and through Bepart app, convert them into digital art.

The project involves 200 artists and maps 218 murals, documented through photography. For those  who cannot reach the murals locations, MAUA provides a paper catalogue,  distributed free of charge by BASE Milano and by the Municipality Infopoint. The 50 murals map is also available at streetartfactory.eu, on Bepart app.

Among the murals, there are Report dal futuro by Luz (AR Artist Yuki Bagnardi), in which a group of cactus and a sunflower report about Earth, located inside the itinerary QT8–Gallaratese, La Balera dell’Ortica by Orticanoodles (AR Artist Gianluca de Vivo), in the Adriano-Padova-Rizzoli itinerary, Click (AR Artist Erica Fabbroni), in Corvetto-Chiaravalle-Porto di Mare and Cheval-De-Frise, by Borondo e Tresoldi artists (AR Davide Tagliabue), in the Niguarda-Bovisa itinerary. 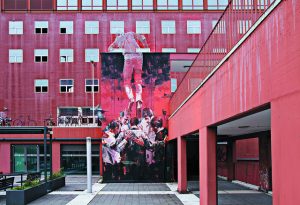 The murals included in the project have been selected by the citizens, students and cultural associations present in the areas where each mural is located. They have actually been involved into a widespread curatorial experiment. This is, indeed, one of the project’s goals. Milano città aumentata, from which MAUA was born, is among the winners of Bando alle periferie, a public funding project, supported by the Administration to develop, re-evaluate and make accessible Milan’s suburbs, integrating them into the art offer. The districts have been subdivided into five strategic areas of Piano Periferie: Giambellino-Lorenteggio, Adriano-Padova-Rizzoli, Corvetto-Chiaravalle-Porto di mare, Niguarda-Bovisa and QT8-Gallaratese.