Monfalcone on the Gulf of Trieste: What to See

Let’s travel to the extreme northeastern part of Italy in the Friuli-Venezia Giulia region to a coastal city named Monfalcone. Situated on the Gulf of Trieste, Monfalcone has been a major industrial city since the early 1900s. There is so much to see and do so let’s get started!

At the turn of the 20th century, Monfalcone became a major industrialized city known for its shipyards, airplanes, and oil refineries. But like all cities in Italy, its history predates industry by centuries. In fact, when nearby Aquileia was one of the most important cities of the Roman Empire in the 2nd century BC, Monfalcone was home to Roman villas and baths. Now that you know a bit about its history, let’s find out what to see when you visit. 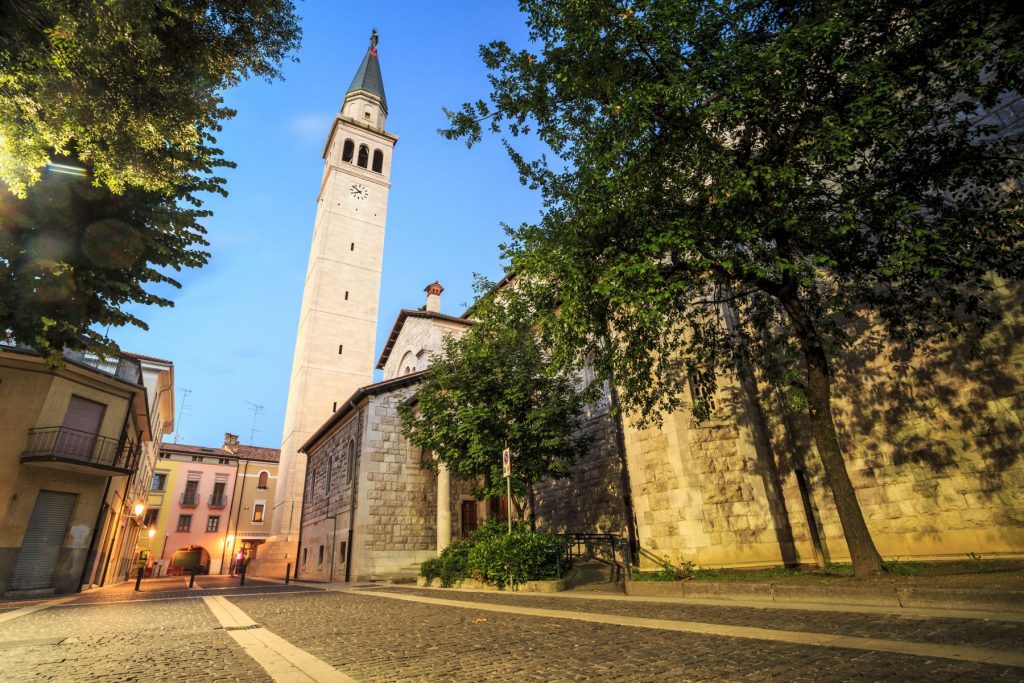 This is not your typical duomo because it was built recently by Italian standards- 1926. The city underwent extensive damage both during World War I and II which resulted in having to rebuild many of its monuments.

Sanctuary of the Blessed Virgin Mary of Marcelliana

No one would know it by looking at the building that this church actually dates to early Christianity. The story goes that a statue of the Virgin Mary was recovered off of a ship in the Panzano Gulf which prompted the bishop of Aquileia at the time to erect a sanctuary in her honor. Over the centuries the church was demolished and rebuilt numerous times and the current facade is a result of 18th-century architecture.

This outdoor park has been open since 2005 and allows visitors to walk on the sites of WWI battlegrounds. There are three separate routes of varying difficulty and include trenches and signs explaining the locations throughout the path. 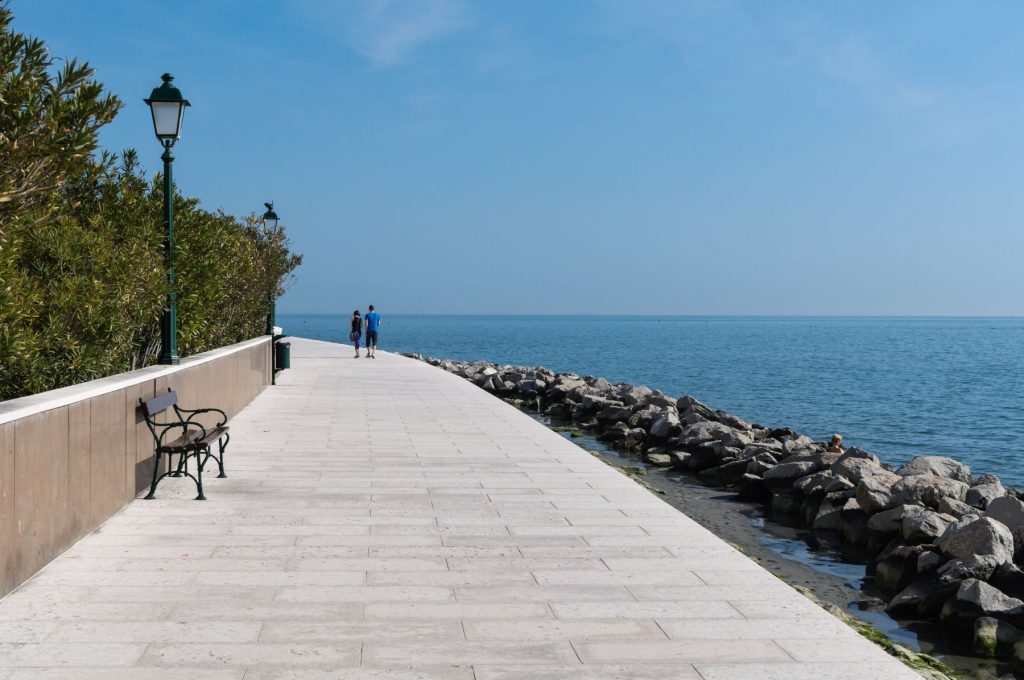 Some historians believe that the castle could actually date to Theoderic the Great, the Ostrogoth ruler of the 5th century; however, the only concrete evidence available dates its origins to many centuries later. Today, it hosts a museum of paleontology and rocks. 85 million-year-old fossils have been uncovered in the immediate area under the karst land formations.

The coastal towns of Duino and Grado are just a few kilometers away and Duino also has a beautiful castle. Spend a day at the beach at any of these locations or stroll the promenade on foot or on bike. If you enjoy the outdoors, then you can also visit the Foce Nature Reserve for trekking and birdwatching. 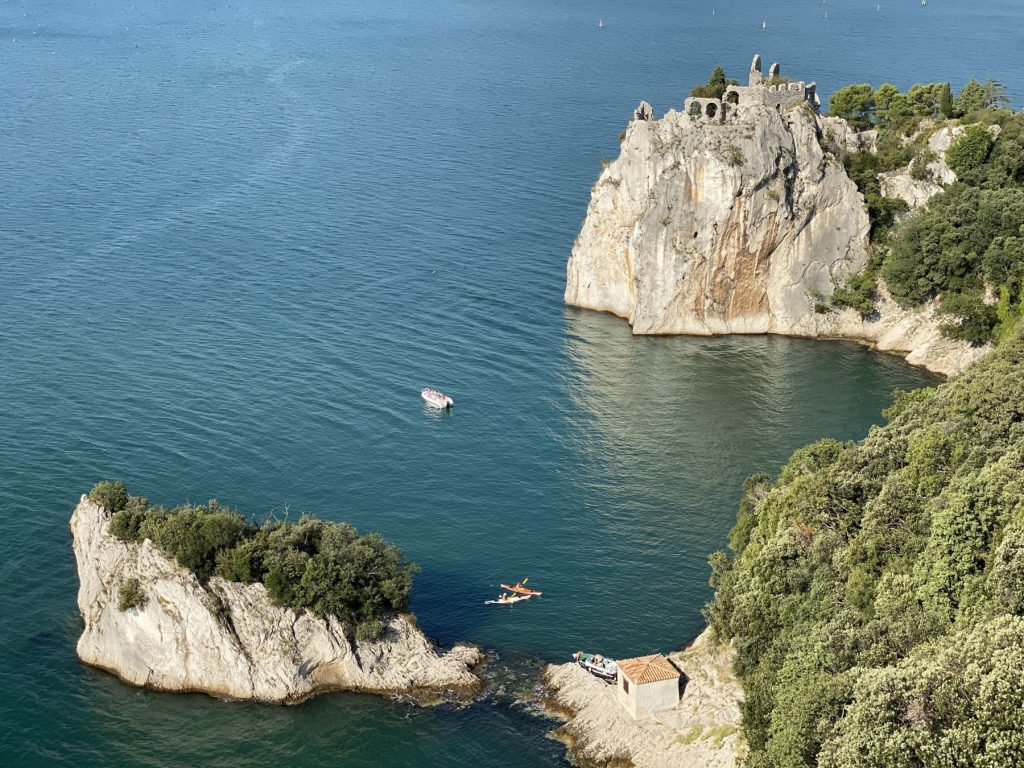