What to See in the Mugello Area 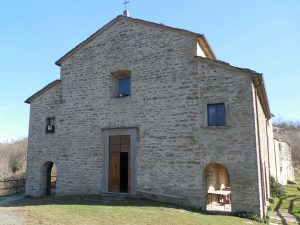 Along the old municipal road which led to Colla di Casaglia, you’ll find Lozzole. The ancient church, dedicated to St. Bartholomew the Apostle, dates back to 1500.

Today, after being restored by a Romagna priest and volunteers, the church has regained its beauty. Totally surrounded by greenery, it is undoubtedly a place for meditation. Inside, you can admire the large wooden crucifix, over 4 meters high, by the sculptor Giorgio Palli. The single trunk, from which the artist carved the crucifix, was a dry chestnut tree from the Palazzuolo area.

CHURCH OF ST. PETER OF PIEDIMONTE

The Piedimonte church is dedicated to St. Peter. The earliest records date back to 1299 then, in the year 1390, it was dedicated to the Saint to be built at the foot of the surrounding mountains that lead to Monte Carzolano, where the Senio river rises. One of its bells bears the date 1396 as well as a Medici coat of arms with two crosses interspersed with Florentine lilies. 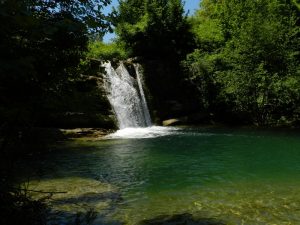 SANCTUARY OF THE MADONNA DELLA NEVE IN ACQUADALTO

Just one kilometer from Palazzuolo sul Senio, is the hamlet of Acquadalto where the Sanctuary of the Madonna della Neve (Mary of the Snows) stands, entrusted to the care of the Congregation of the Handmaids of Mary and dating back to the 15th century.

A small oratory was built around an image of Mary sculpted on a boulder of the river bed then transported which, between 1630 and 1639, assumed the dimensions of the current church and underwent further transformation between the end of the 17th and the beginning of the 18th century.

The image of the Madonna and Child, considered a “miracle work” in Botticelli style (late fifteenth century), is kept inside the church on the high altar in pietra serena. The religious complex is immersed in a splendid natural setting, consisting of beech, chestnut, and oak woods. An airy portico and three naves grace the area. Wrought iron gates, made by Dino Chini, enclose the choir along with an eighteenth-century organ. 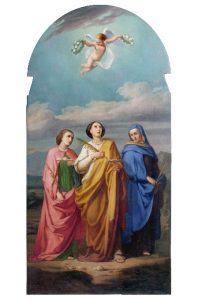 In addition to the Madonna and Child, you can admire a painting from the Emilian area of ​​the late seventeenth century depicting Sant’Apollonia with Sant’Agata and Santa Lucia.

CHURCH OF ST. MICHAEL IN CAMPANARA

The church of St. Michael in Campanara is dedicated to the saint and is actually private property. It dates to 1300 but was rebuilt in 1684.

CHURCH OF ST. ANDREA IN MANTIGNO

The church in Mantigno dates to the 15th century and is in an area that is uninhabited. Unfortunately, it can no longer be visited.

Post Views: 510
Redattore
Staying in Palazzuolo sul Senio: A Journey Back in Time at the Torre del Vicario
Charles Borromeo’s Statue: the Sancarlone