The Val di Non and the Val di Sole in Italy’s northern region of Trentino are known for many things from their delicious apples to flawless landscapes. It also happens to be the area with the most castles in the entire region. Under normal circumstances, the convenient trenino dei Castelli takes you to each of the castles in one single day from the major city of Trento. 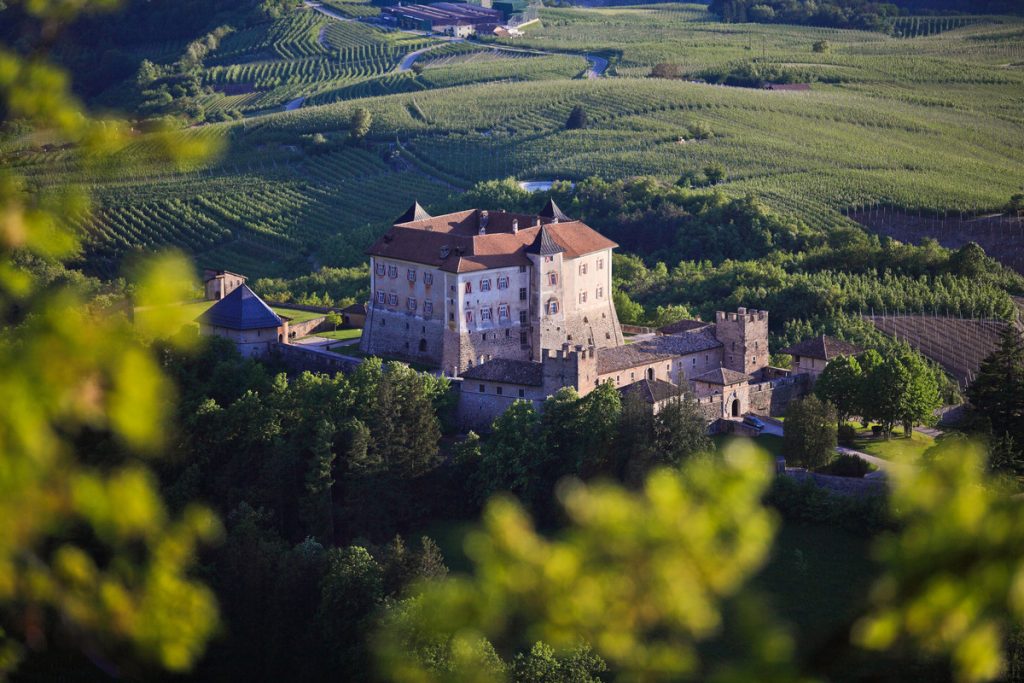 Probably the most famous of them all is the magnificent Thun Castle just 30 minutes from Trento in Vigo di Non. It is actually one of the finest in not just the Non Valley, but the entire region of Trentino. It was built in the 1200s by the ruling Tono family who later changed their name to Thun. It’s considered a medieval castle and the condition of both the exterior, the grounds, and the interior is truly astounding. One of the favorite rooms to visit is the Bishop’s Room, crafted entirely in pine and preserved to perfection. 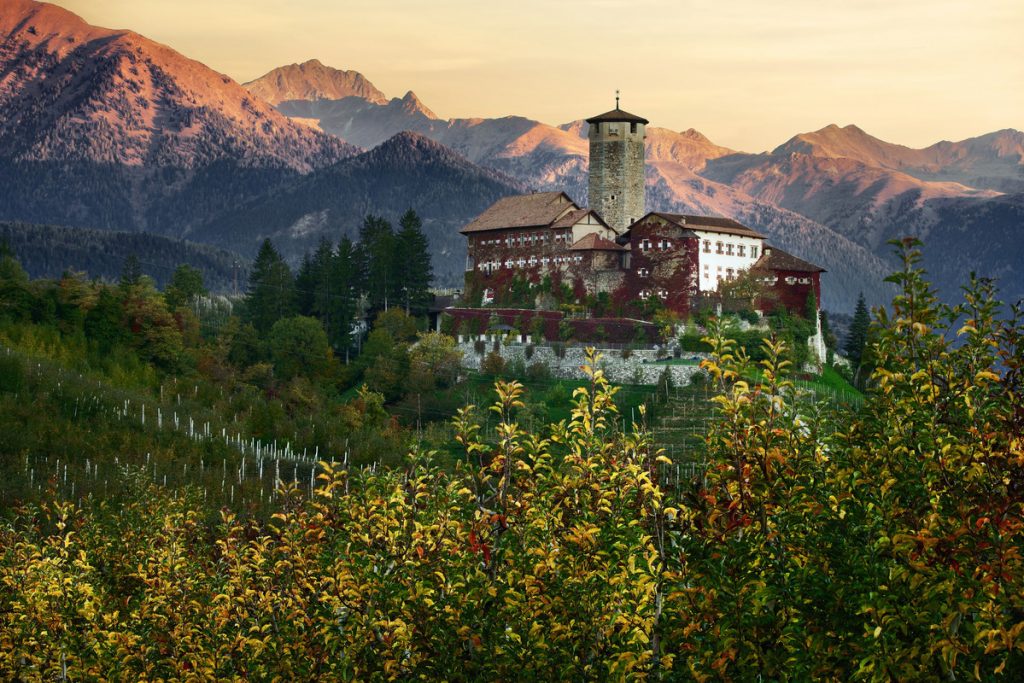 Surrounded by apple orchards, Castel Valer boasts the tallest tower in all of Trentino at 40 meters. Located in Tassullo about 40 minutes from Trento, the castle is one of the best-preserved in the region with its perfectly kept furnishings and interior. The Spaur family were nobles that still own the castle today. It was originally built by the Appiano nobles in the 13th century. Tours typically last about an hour and include the lovely gardens and grounds, the Gothic kitchen, the Hall of Coat of Arms, and the San Valerio Chapel. 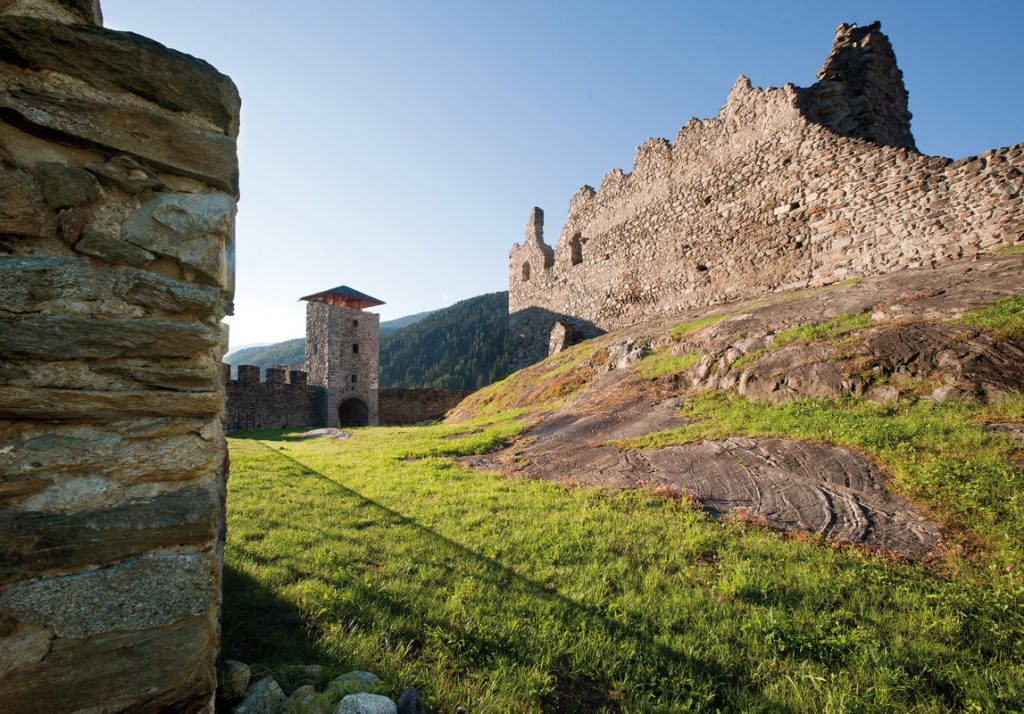 The Castello San Michele di Ossana is located adjacent to the Non Valley in the Val di Sole (Sun Valley). It probably dates back to the Lombard invasion but one thing is for certain, it already existed in the year 1191 AD. At 970 meters above sea level, the castle sits high upon a rocky spur in a very strategic location. It would have been ideal for defensive purposes. Only portions of the castle have remained intact over the centuries such as the 25-meter tall keep and portions of the thick walls. It was restored in 2014 and reopened to the public. 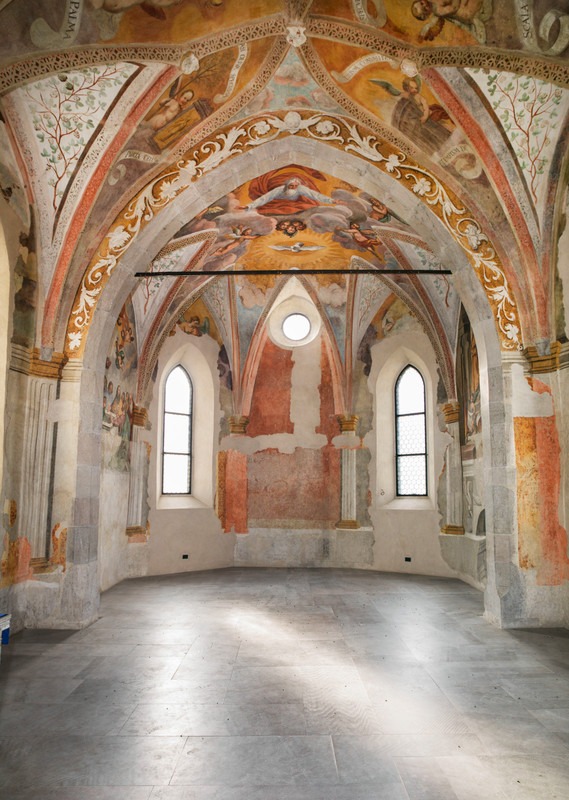 Trentino is known for its fantastic cycling paths throughout the region such as the Fiemme e Fassa and the great news is that the Val di Sol cycling path links the Caldes Castle and the Ossana Castle! The ideal time to enjoy this 33 km route marked as “easy” is between April and September.

Of course, the castle as we see it today is the result of centuries of influences and architectural styles from Lombard to Venetian. In the 15th century, it belonged to the Thun family and legend has it that a young woman (possibly a Thun countess) was held prisoner here to prevent her from marrying an unapproved suitor. It is said that she died of a broken heart.

Be sure to check the official Visit Trentino website for details about closures before your trip.

The Agritur Pisani Agriturismo is just minutes away from these fabulous castles and located in the Val di Non!

Post Views: 630
Redattore
Valloria: the Italian Village Famous for its Painted Doors
Monfalcone on the Gulf of Trieste: What to See