Palermo has been called the “city of a thousand faces”. Very few cities on the planet have witnessed a past as varied as that of Palermo. Today, it’s an exciting coastal destination with multiple UNESCO World Heritage Sites that has something for every kind of tourist. Let’s find out the absolute must-sees in this amazing Sicilian city.

It is believed that the first people to settle in the area were the Sicani who probably came from the Iberian Peninsula in 8,000 BC. There are cave drawings in Addaura on Palermo’s Mt. Pellegrino that prove this theory. In antiquity, it was the Phoenicians who settled here in 734 BC calling their city Ziz. This period was quickly followed by the Greeks and Romans and later, the Arabs, Normans, and Spanish. As you will see, all of these cultures greatly influenced Palermo’s architecture, cuisine, culture, and language.

Let’s begin with the Cathedral. This is a massive building that, not surprisingly, has quite a story to tell. In the year 1185 AD, it was built on an existing Christian church (dating to 600 AD), then was converted into a mosque during Arab rule, then reconverted by the Normans back into a Christian church in 1072. Its architecture is a complete mixture of styles and cultures with influences of Catalan-Gothic, Baroque, Arab, and Norman. The remains of Federico II, Ruggero II, and the patron saint of Palermo (Saint Rosalia) are all here. 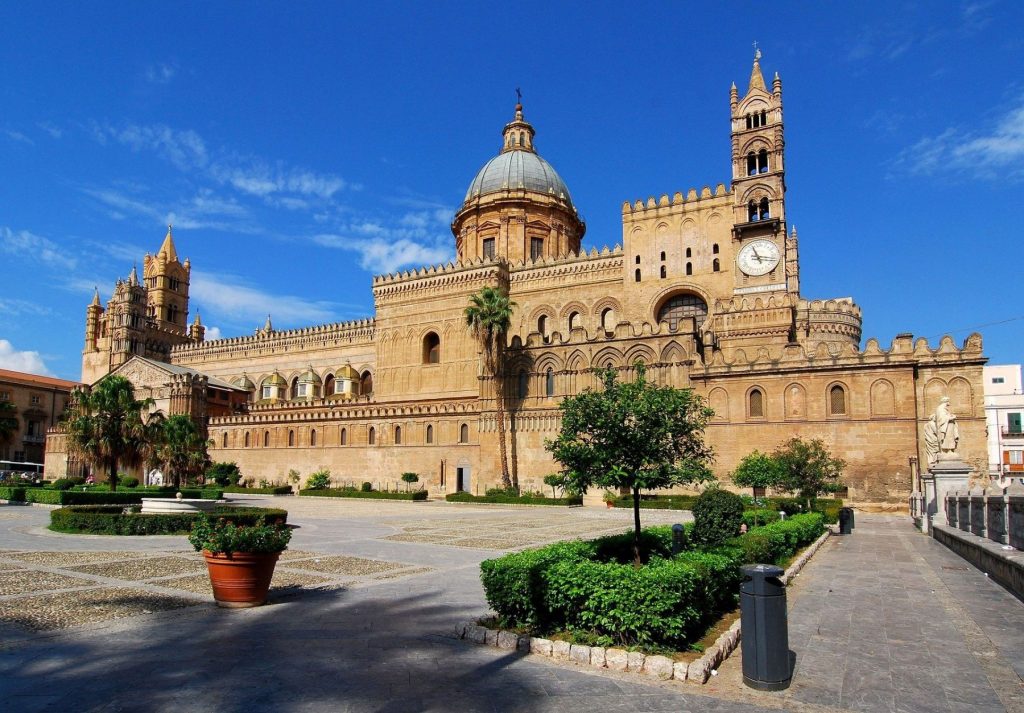 The Royal Palace, or the Norman Palace

The Royal Palace, also known as the Norman Palace, along with its Palatine Chapel is one of the most popular attractions in the city. This is the oldest royal residence in all of Europe! It was constructed in the 9th century by the Arab ruler at the time but it was the Normans who completely transformed it and expanded it and also built the Palatine Chapel. During Spanish rule, additions were also made, and since 1946, it has been the seat of the Sicilian Assembly. The Palatine Chapel is classic Byzantine architecture but holds some of the most beautiful mosaics in all of Sicily, if not all of Italy, dating to the 12th century. 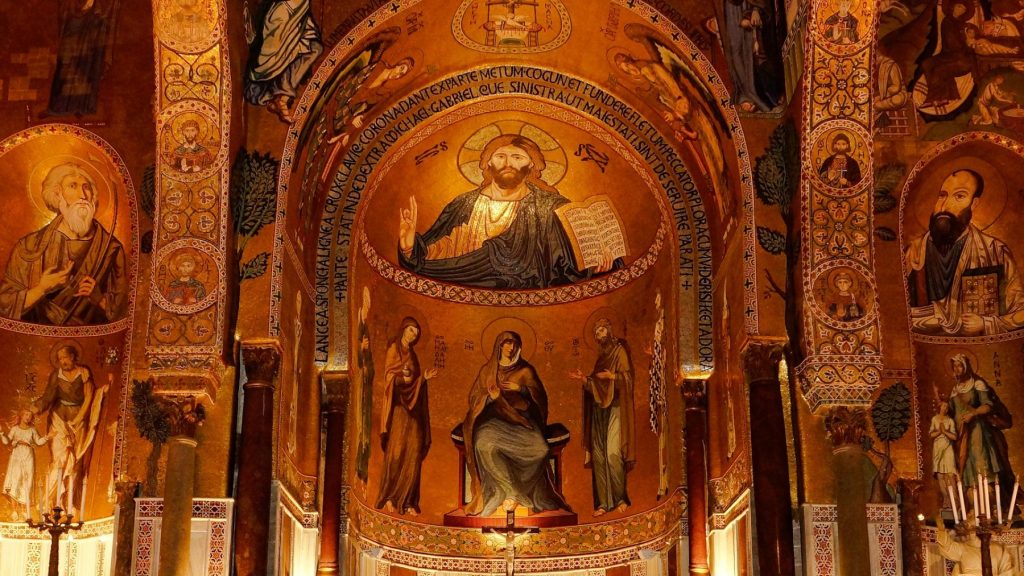 Near the Norman Palace, you won’t be able to miss the massive complex of St. John of the Hermits. It was probably originally constructed in the 6th century, although most of what we see today dates to the Norman era of the 12th century. It was entrusted to the Benedictine monks and is known for its characteristic, Arab-like, red domes.

Built in 1154 in Arab-Norman architectural style which is unique to Sicily. The altar as well as the mosaics are completely original. The mosaics are thought to be older than those in the Palatine Chapel. It was proclaimed a World Heritage Site in 2015. 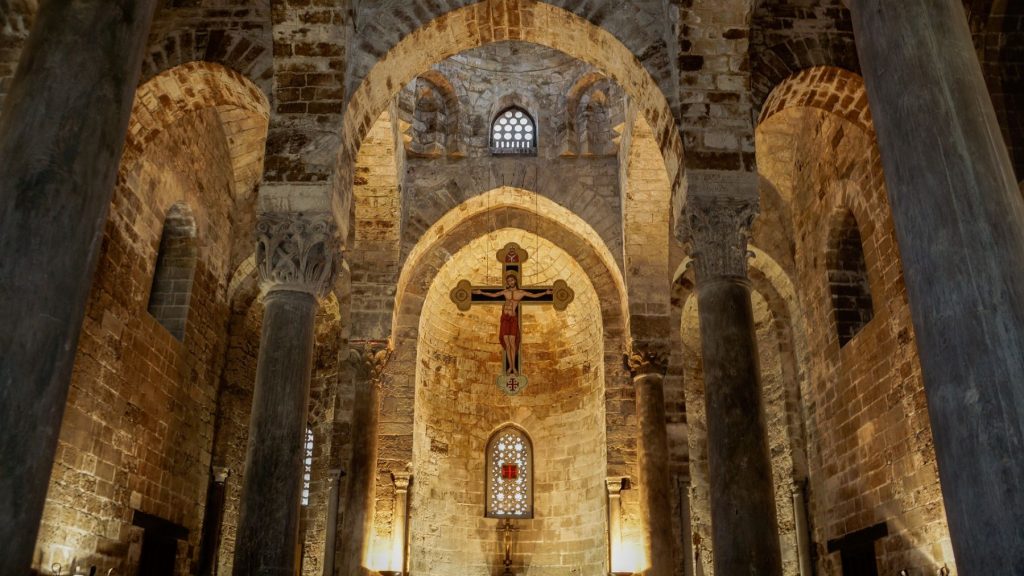 This may not be a destination for everyone, but for those that are adventurous and a bit morbid, it should be at the top of the list. The catacombs are actually called the Capuchin Catacombs because it was this order of monks that began mummifying their friars when they ran out of burial space in the 16th century. Initially, the space was only intended for the monks, but over time, being mummified here became somewhat of a status symbol. The last “burials” were in the 1920s. There are over 8,000 corpses lining the walls here.

As expected, there are almost too many fabulous museums and historic residences to count in Palermo, but if you must limit it to two, they would be the Antonio Salinas Archaeological Museum and the Casa Museo Stanza al Genio.

The archaeological museum is one of the finest in all of Italy, holding treasures of Punic and Greek art. Collections include underwater treasures from as early as the Phoenician period and artifacts from the sites of Selinunte, Himera, Agrigento, and others.

If you love majolica art, then Casa Museo is for you! Opened in 2008, this unique museum holds the largest collection of Neopolitan and Sicilian majolica in all of Europe.

Everything in Palermo seems to be of epic proportions and the famous Pretoria Fountain is no exception. This masterpiece is located in Piazza Pretoria and surrounded by Palazzo Pretorio (City Hall) and the churches of San Giuseppe dei Teatini and Santa Caterina. It dates to 1581 and Giorgio Vasari is said to have called it “stupendous” and we couldn’t agree more. 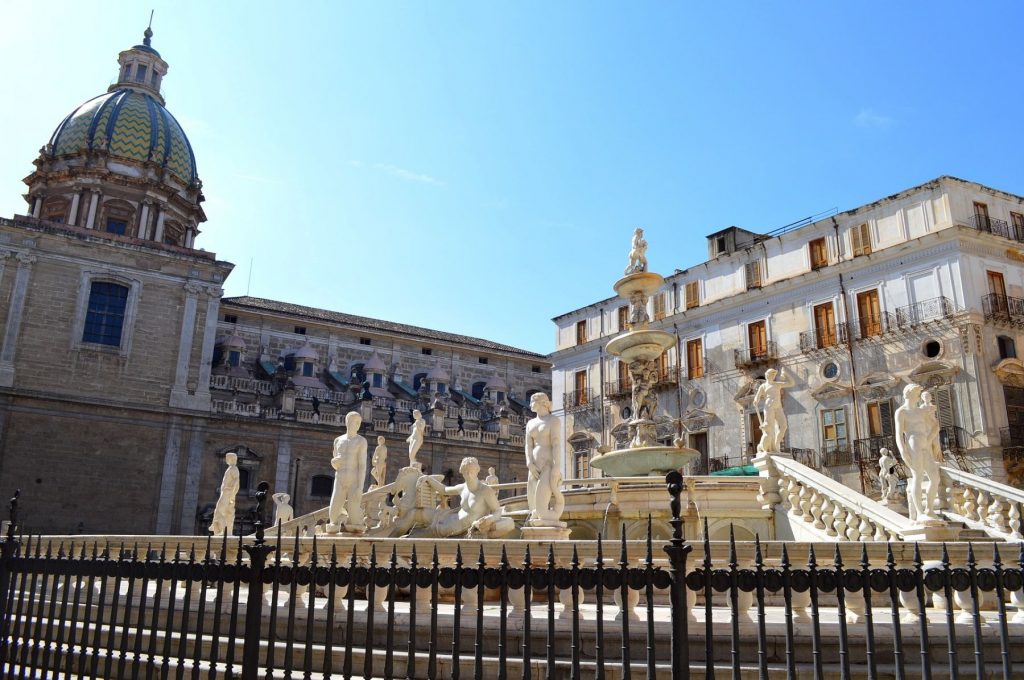 No article about Sicily would be complete without a section about its food. Palermo happens to be one of the food (especially street food) and wine capitals of Italy with its diversified cuisine influenced by hundreds, if not thousands of years, of cultures.

Some dishes to try that you won’t find anywhere else in Italy are arancina (a fried ball of dough filled with meat sauce, peas, and rice); a panino con le panelle (a chickpea fritter on a sesame bun); pane con la milza (a veal spleen sandwich); sfincione (almost like a pizza with tomato sauce, onion, caciocavallo cheese, anchovies, and olive oil).

As for the desserts, the numero uno, cannoli. These deep-fried, ricotta-filled pastries have become famous the world over. Another specialty is cassata which is like tasting Palermo’s history all wrapped up into one delicious bite. The Arabs brought cane sugar, almonds, and oranges and the Spanish brought the chocolate to which the Sicilians added the ricotta cheese. 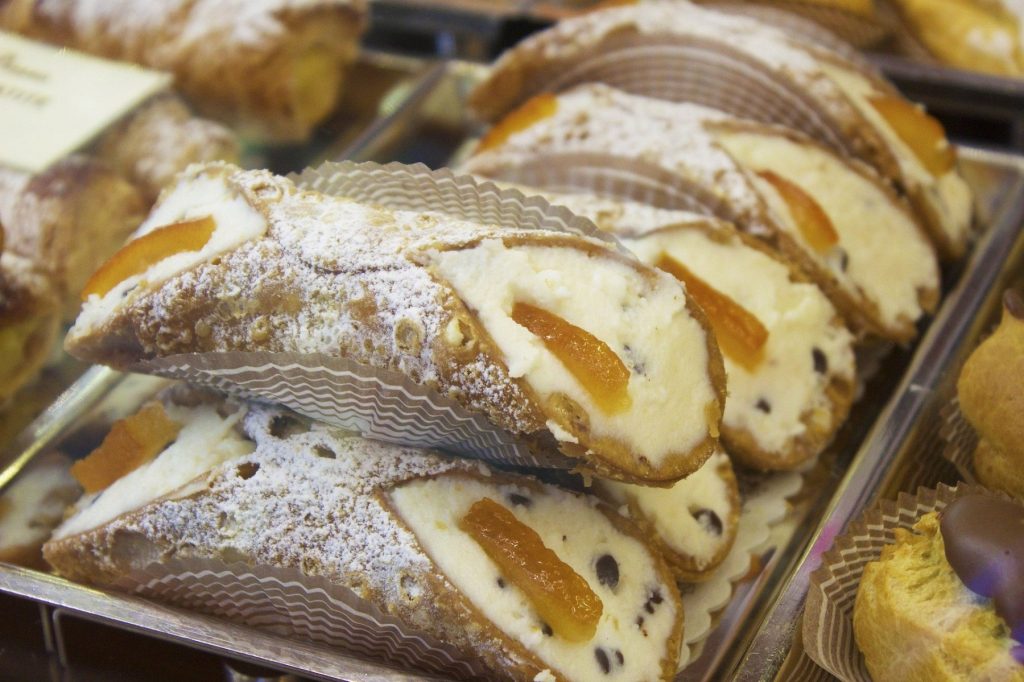 Post Views: 840
Redattore
Lake Baratz: Sardinia’s Only Natural Lake
What to See in Trento in the Trentino Alto Adige Region