Discovering the Rich Past of Falerone

When you visit the town of Falerone you can still find numerous historical traces of its past today. From the archaeological museum “Pompilio Bonvicini”, whose studies allowed significant discoveries of the Picene era and Lombard domination in the 1950s, to the archaeological park of ancient Falerio Picenus hosting the Roman theater and amphitheater, the village of Falerone offers a very rich collection of historical evidence to its visitors. 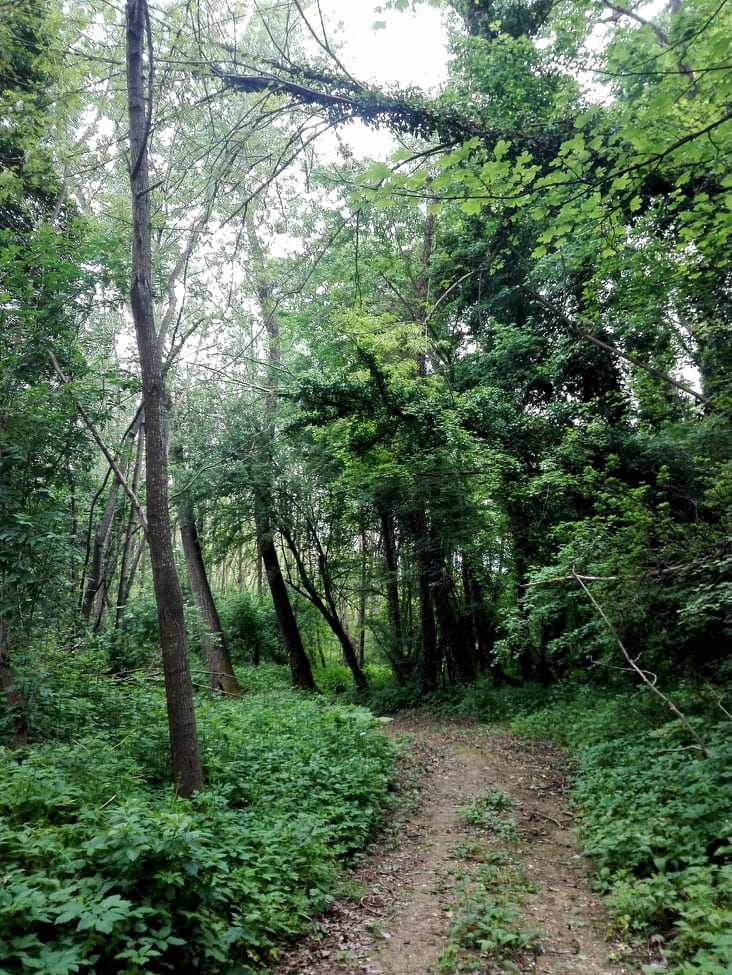 Some of the most recent discoveries have been put on display in San Paolino Park. Three historical fountains, named Sambuceto (“Sammucitu”), Barbiano (“Varbià”), and Brandimarte (“Vrandimarte”), have been restored by local citizens and placed along the nature trail adjacent to the Church of San Paolino.

The trail, called Sentiero Ceccuccio, reaches the Roman theater and enters dense vegetation rich in oaks, acacias, elms, figs, walnuts, and cherry trees. Roe deer, magpies, and many other species of local animals are frequently sighted.
The project was conceived by a group of local volunteers who later formed the Parco San Paolino Association, with the aim of promoting the historical and naturalistic riches of its territory, showing its beauty to visitors and allowing its citizens to rediscover it.

Just before the start of the route, there is the Fonte di Sambuceto, or “Sammucitu”, the oldest source, dating back to the end of the XIX century and yet, still in excellent condition. Here we imagine scenes from a not too distant past, yet so different from the present day: families who went to the source daily to fill their terracotta jugs and bring the water back home; women who with large baskets or simply by rolling up clothes on their heads (on which they also hoisted jugs) would do their laundry with ash. At the source of Sammucitu, ropes were made, using hemp macerated and beaten with a tool called the “macenga”. 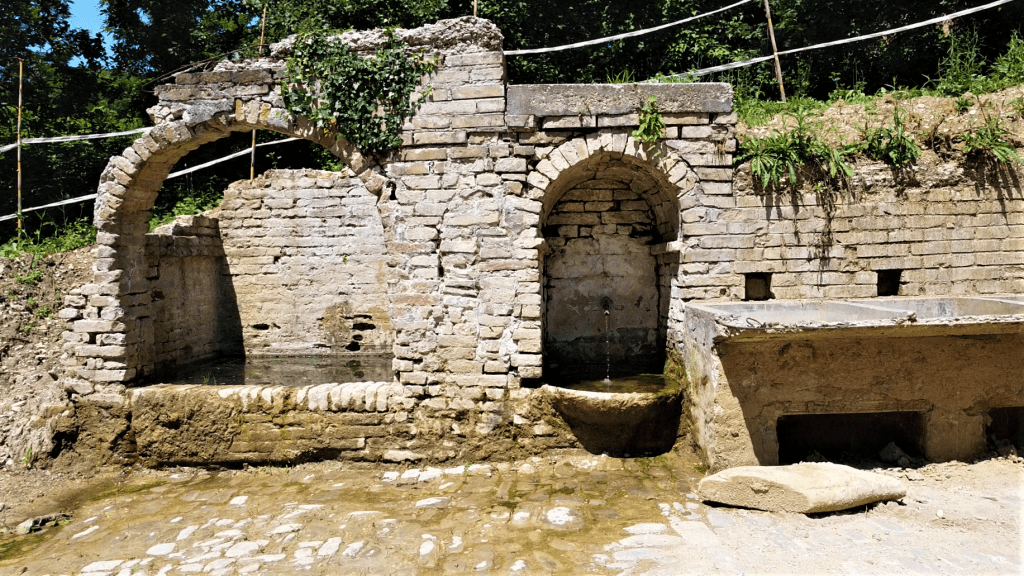 In the peasant life of the past, water was an indispensable functional element for various purposes. First of all, it provided nourishment for farm animals and was essential for all the work in the fields (plowing, preparing the land for sowing, hay, wheat, maize, going to the mill …). Pigs were also quenched, from which lard was obtained for cooking, and poultry (roosters, chickens, geese, ducks) who provided eggs with subsequent broods of chicks. Water was also essential to irrigate the vegetable gardens and for other crop care tasks (for example copper water).

So the sources provided, and still provide today, the most precious asset of a population. And they were also the true center of social, economic, and cultural gatherings of the residents and the districts in which they lived.

Around the fountains were the women who were washing, singing, gossiping, and telling stories of family and village. Animated discussions started to settle in the best places for the laundry (usually near the spout from where the water gushed), and mumbled when the farmer arrived with his cows to drink because this made the water cloudy. At the source, the town “losers” were often stationed, fascinated by the women who were bent over to wash; there, meetings and engagements were born. It is said that among the elders of “Sammucitu” a picture of the Madonna had been placed to contrast the evils. Near the source, going towards the church of San Paolino, there was a crossroads where, according to popular belief, it was necessary to throw water in order to drive away the evil eye. It is impossible to meet a Faleronese who does not remember “Sammucitu”.

Along the trail, you’ll come across the other two fountains: Barbiano, or “Varbià” and that of Brandimarte, or “Vrandimarte”, at the end of the path.

The commitment of the volunteers to clean up these sources has allowed them to be rediscovered and to bring back memories of a rich past whose habits reflect the native culture and tradition and that highlight their uniqueness. 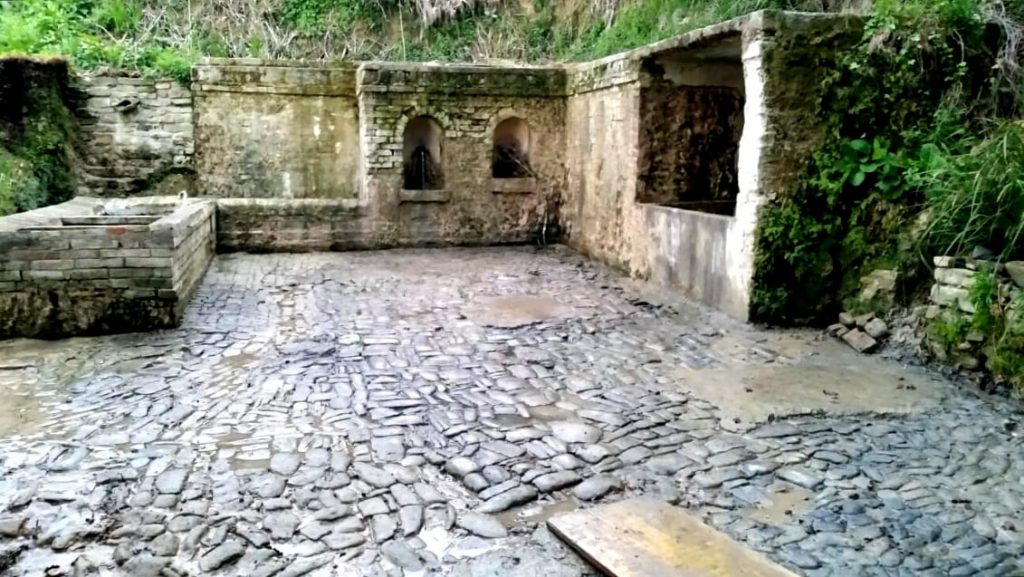 Visiting today, we remember the many villagers who must have animated Falerone and the arduous work of the peasants. Their idioms, songs, beliefs, and values ​​that the Faleronese of today still retain in their memories and in their hearts. This trail enhances the history of Falerone and its districts, as well as its equally important natural heritage.

Today, San Paolino Park is full of history and local flora and fauna in the vast green spaces of rich vegetation that blooms along the path. This unique territory is being preserved in order to share its rich beauty with each visitor.

Post Views: 590
Redattore
Pienza in Tuscany’s Val d’Orcia: the “Ideal City” in Any Season
Maratea, from Land to Sea…and Viceversa