Sapri in the Campania Region: The City of the Gleaner

The older generation of Italians will surely remember this beautiful poem by Luigi Mercantini, “The Gleaner of Sapri”, which tells of the unfortunate expedition of Carlo Pisacane. On June 28, 1857, Pisacane and about 300 other men arrived in the Gulf of Policastro aboard the steamship “Cagliari”. They disembarked during the night in Sapri.

Their mission was to recruit locals on their journey inland in order to overthrow the Bourbon government led by Ferdinand II. Unfortunately, Pisacane was unsuccessful and got no support from the local populations, if not from a very few liberals. When they arrived in Sanza, they were decimated by the city guards and soldiers sent by Ferdinand II. The few remaining patriots were almost all brutally killed. Pisacane was one of the first to fall to the gunshots of the locals.

Pisacane chose to land on the beach between Villammare and Sapri since it was a strategic point between the regions of Campania and Lucania. The shallow shore was full of hiding places thanks to the inlets and overgrown reeds. 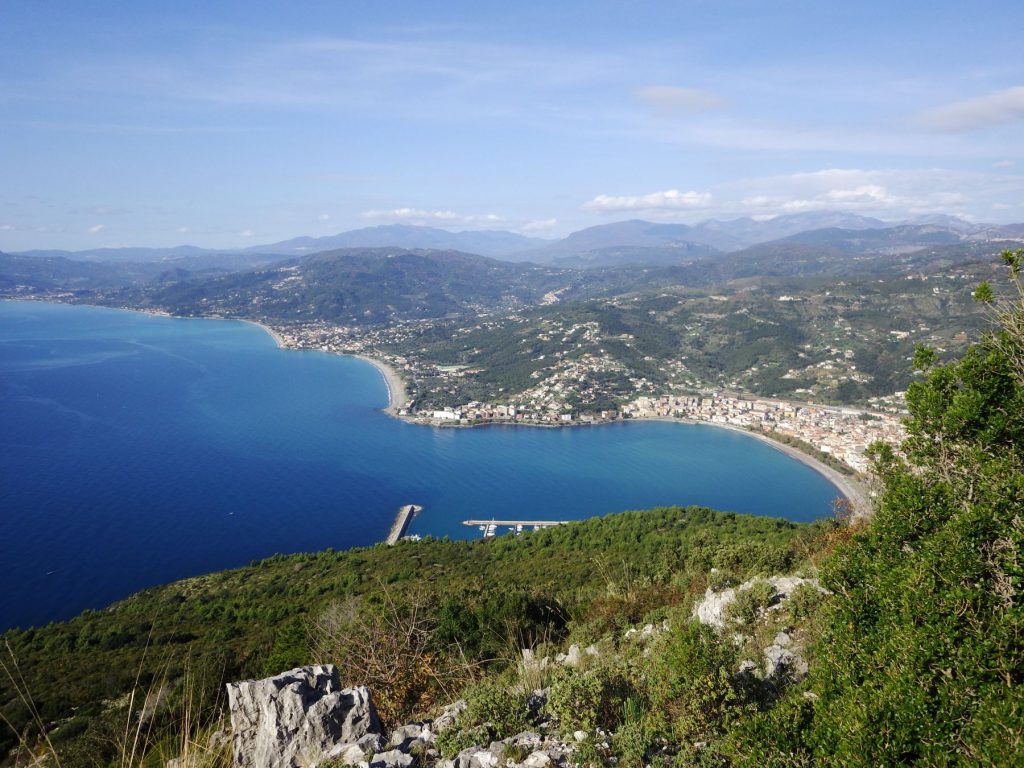 Sapri and its Famous Gleaner

Even to the modern traveler, who comes from the north along State Road 18, Sapri still looks as it did when the brave, yet unfortunate captain landed ashore. Encompassed in a semicircle of evergreen hills, cloaked in extensive woods of olive trees, carob trees, oaks and cork oaks, and overlooking the crystalline bay.
The first buildings that appear to the visitor are the complex of Santa Croce on the left, the Specola, an astronomical observation tower, on the right, and, between the two buildings mentioned, the remains of a Roman Maritime Villa inhabited as early as the first century BC.

The Santa Croce complex was built at the end of the 19th century at the behest of Giuseppe Cesarino, who emigrated to Brazil from Sapri and who, having had no children to leave his belongings to, decided that his wealth would be used for humanitarian purposes upon his death. By 1905 under the management of the Gray Fathers of Charity the building became the most important educational institution in the entire Gulf of Policastro. The church is in neo-Gothic style and was renovated in the 1920s.
The Specola, a tower used as an astronomical observatory, rises in front of the Santa Croce complex. Of the same period and with the same neo-Gothic structure, it constitutes a pleasant urban setting on the coast.

The Ruins of the Roman Villa Patrizia

The Gulf of Policastro and Sapri itself, thanks to the favorable climate, have always been beloved territories of the “Gens Romana“, despite the considerable distance from Rome. Cicero himself defined Sapri as “parva gemma maris inferi” or “little gem of the South Sea”. What remains of the impressive Villa Patrizia confirms the interest that the Romans had in the area.

It is a maritime villa that probably belonged to the Sempronii family between the 1st and 2nd centuries AD. Villa Patrizia extended for over 6,000 square meters with terraces on the side of the hill, up to the sea where there was a landing place, as evidenced by the finds both on the beach and in the water. Unfortunately, many of the furnishings have been lost. A spa and a theater were attached to the villa. The complex was also equipped with a drainage system for rainwater as well as a highly sophisticated bath which is still efficient today. Some sections of the water system’s lead pipes are still visible today. 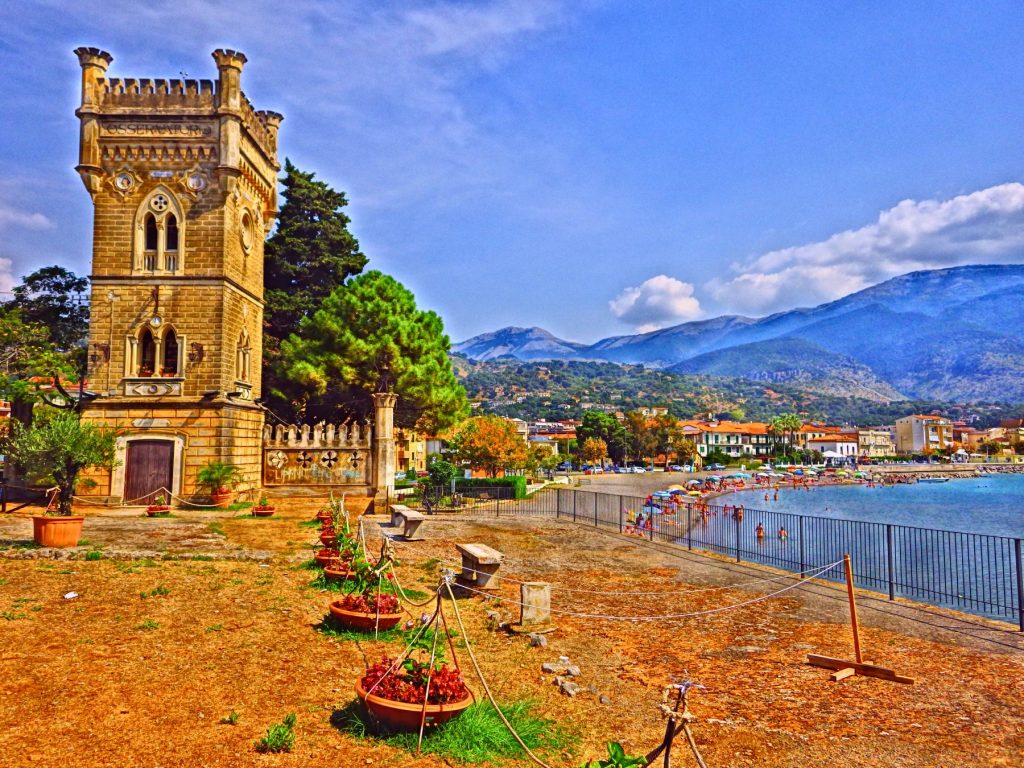 Leaving the complex of Santa Croce, Specola, and Villa Patrizia behind us, the lovely, shaded promenade appears on the right. This is a popular spot during Sapri’s sultry summer months for a late afternoon stroll by both locals and vacationers alike.

Like many other places in the Gulf of Policastro, Sapri has long been awarded the coveted Blue Flag thanks to both its crystal clear water and services offered to tourists which include a wide variety of accommodation options, beaches equipped for disabled visitors, and loads of family-friendly events. From the Roman villa all the way to the Brizzi bridge, there are numerous access points to the extensive beach. 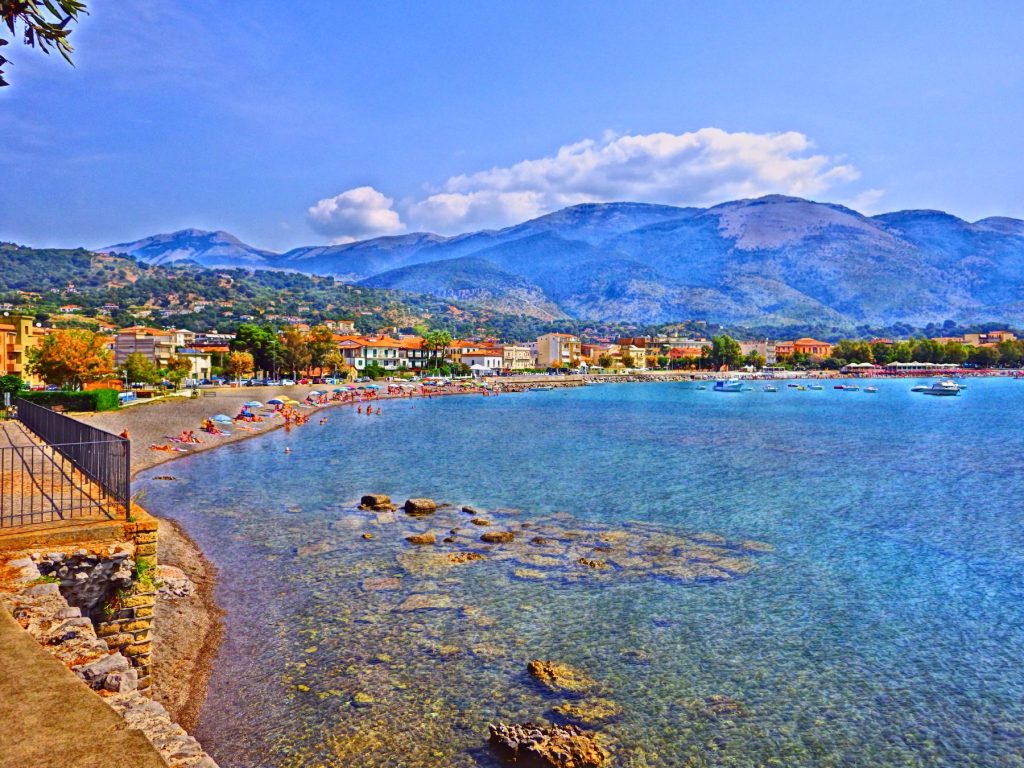 From the seafront, numerous alleys branch off towards the historic center of town where you can see the Church of the Immaculate Conception. Built around the year 1720, both San Biagio’s and San Vito’s relics are kept here. On June 15th of every year, Sapri holds a celebration in honor of its patron saint, San Biagio.

In December, the days preceding and following the feast of the Immaculate Conception, a market fair is held in honor of the Virgin Mary in Piazza Plebiscito in front of the Church and in the neighboring streets. This celebration is highly important to the residents of Sapri and tied to the roots of its peasant past.

Make sure to check out the Roman funerary stone located that dates to the 1st century AD in a corner of Piazza Plebiscito. The stone was actually found near Villa Patrizia and then later transported to the square towards the end of the 1700s.
Not far from the church, is a neo-Gothic building from the early 1900s called the “House of the Good Shepherd” which overlooks Piazza Municipio. It’s definitely worth a short visit. It was donated to the Franciscan Sisters of St. Elizabeth and used by them as a hospice for the elderly, who would have otherwise been abandoned.

Continuing along the route, you’ll arrive at Piazza Vittorio Veneto directly across from the train station. A monument was erected in honor of the fallen of World War II appropriately placed since the train station was subjected to heavy bombardment. August 15, 1943, was one of the most infamous days of World War II in Sapri when many were killed and numerous historical buildings were completely destroyed. 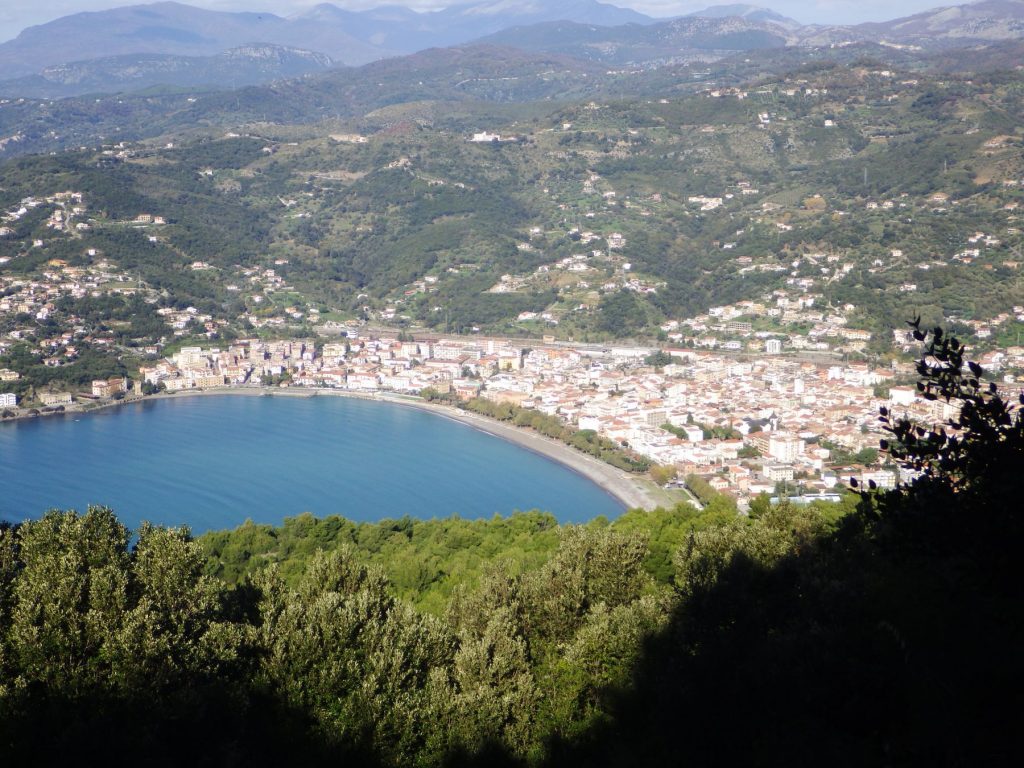 Sapri is just a few kilometers from the luxurious Cilento and Vallo di Diano National Park with loads of nature trails suitable for both beginners and experts. In the winter months, there are even snowshoeing excursions as the highest peak reaches 1,500 meters.

If you enjoy hiking in gorgeous surroundings, make sure to check out the following trails: “Apprezzami l’Asino Path”, “The Ring of Monte Ceraso” and “The Ascent to Monte Coccovello”.

Sapri is the perfect location for anyone looking for a place where history, culture, and nature intertwine.

Read more about the Cilento coastline of southern Italy