Scenic Railway from Abruzzo to Molise: the Transiberiana

The Transiberiana train of Italy isn’t a national route, but a 128 km route that winds between Abruzzo and Molise (from Sulmona to Isernia) year-round. 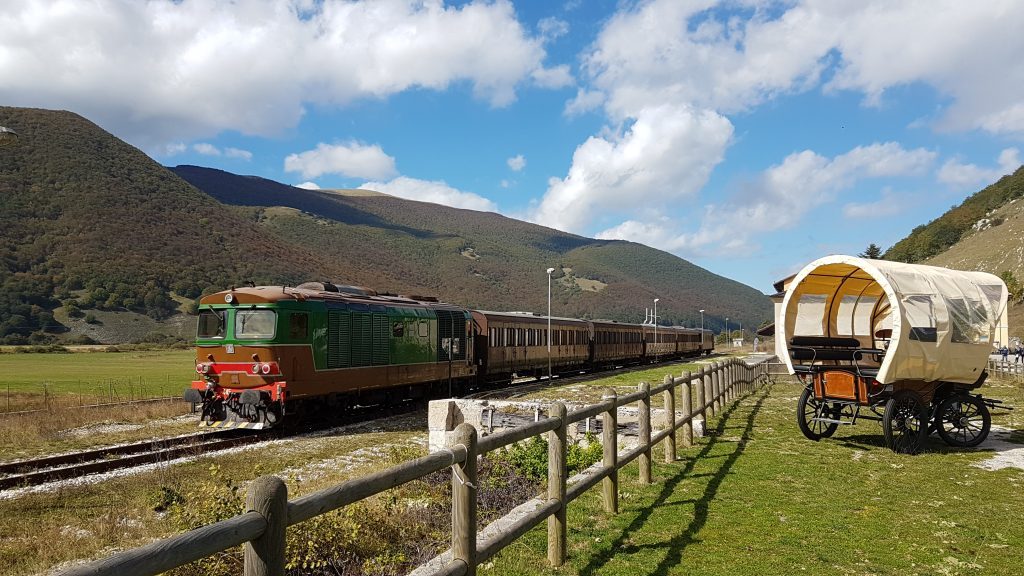 The Second-Highest Railway in Italy

Its name brings to mind the frigid landscapes of the east from Moscow to Vladivostock, and, in fact, copious snowfalls in the winter characterize the highest points of its itinerary. At the Rivisondoli-Pescocostanzo station, the line reaches 1268 m above sea level making it the highest station on the Italian FS network after the Brenner Pass. 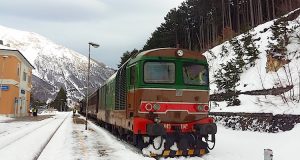 It’s a unique experience not only for the spectacular views of Introdacqua, Pacentro, Campo di Giove, but above all because it isn’t just any train, but a real historical convoy.

Its 350 seats, carriages and terraces adorned with the classic green and brown exterior, were built between 1920 and 1930. It’s driven by a diesel locomotive D445.1145. The wooden seats with high espaliers and the bellows that connect the carriages maintain a charm of the past.  It makes us reflect on how modernity makes life more comfortable, but at the same time, how nice it is to return to the genesis of the simplest inventions. The only thing missing to complete your 1930’s movie scene is a black and white backdrop. Yet, it would be a shame to take away the colors from the living scenes of nature. 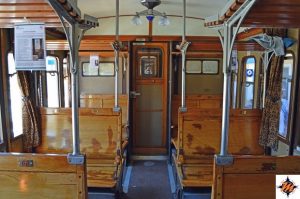 In the winter until early spring, snow is the undisputed queen, bleaching out villages both large and small; narrow gorges and mountains which intersect along the fairytale track. The summer, however, brings those very same scenes to light in full color.

After being out of service due to COVID-19, the Transiberiana d’Italia is once again ready to depart! Don’t wait until the last minute to book! Details here.

Post Views: 2,763
Redattore
Metaponto: Beaches and the Doric Temple of Hera
The Castle and Park of Sammezzano Near Florence