There is no greater thrill than the sight of Messina for those who arrive by ferry from the opposite shore of the strait.

The magic begins when you breathe in the sea air, which will stay with you during your entire visit. 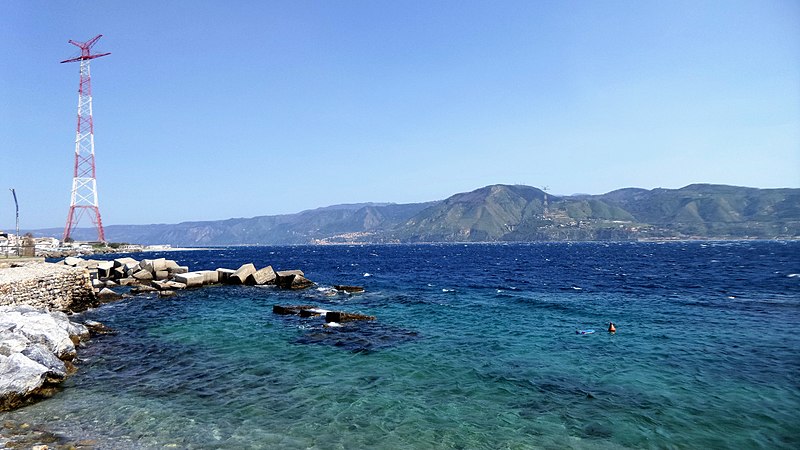 The atmosphere is made even more sublime by what you see: a strip of land, protected by the mountains that rise behind the town and unfold from north to south. Once you get off the ferry there are more panoramic views that await and vary depending on the hour.

The famous stretch of Cariddi, towards Scilla, almost begs to be touched. There, on that area which today is called Capo Peloro, the northern tip of Sicily stands the twin pylon to that of Scilla, one of the symbols of summer gatherings. Its beach is made up of fine golden sand and its crystal clear waters are just as beautiful as the rest of Sicily’s coastline.

From above, the sickle shape that constitutes the natural harbor of Messina is also clearly visible. The harbor has been an important commercial center for centuries. According to a legend, its shape was formed when Uranus threw his sickle into the sea after being castrated by his son Krono.

In this area, also known as lingua phari, you’ll also see the statue of Madonna della Lettera (Our Lady of the Letter). According to tradition, the Virgin wrote a letter containing a blessing for the inhabitants of Messina, bound with a lock of her hair. This event gave rise to the feast of Our Lady of the Letter that takes place on June 3. Some of the script is written at the base of the statue: Vos et ipsam civitatem benedicimus, that is “We bless you and your city”. 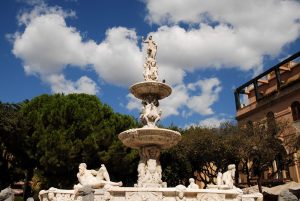 To appreciate the Strait of Messina’s beauty even more, you need to climb the hills of San Rizzo. This green area is perfect for a picnic under the shade of the pines. From the peak of Mount Dinnammare, a name deriving from the mispronunciation of the Latin word bimaris, the landscape widens in front of your eyes. You’ll have a breathtaking view of not only the Strait but looking further south, towards the Ionian Sea, you’ll see the top of the steaming volcano Etna. To the west, towards the Tyrrhenian Sea, you’ll be able to see the Aeolian Islands.

Messina, however, has treasures that only a more attentive and guided observer can discover: Piazza Duomo with its astronomical clock, second only to the one in Prague; the Church of Catalans; the Church of Santa Maria Alemanna; the various fountains that can be found throughout the town, such as the fountain of Orione del Montorsoli, student of the famous Michelangelo; palaces in Liberty style décor, and much more.

Not to mention the Interdisciplinary Museum “Maria Accascina” and its collection which contains important examples of the city’s past and paintings by the most famous Antonello da Messina and Caravaggio.

Messina and all its natural splendor can be experienced by all those who choose to visit. 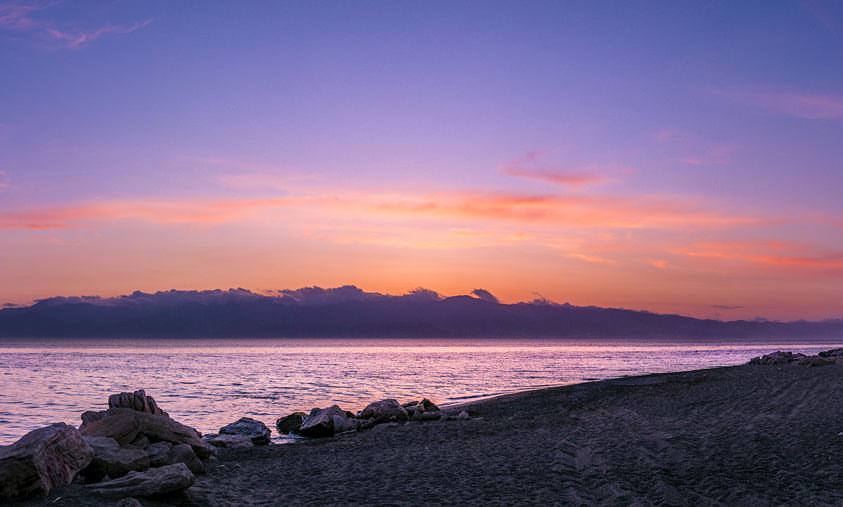