Lake Garda is considered one of the most enchanting places in northern Italy. This freshwater mirror extends for over 2,300 square kilometers between the Lombardy and Veneto regions and is surrounded to the north by the majestic Brenta Dolomites and to the south by the city of Mantua. It’s a popular holiday destination offering everything from culture to water sports and nature. All of Garda’s lake villages are incredibly charming, but one truly stands out above the rest and that is Sirmione.

Sirmione: the “Pearl” of Lake Garda

In Italian, it’s referred to as either the “diamond” or the “pearl” of Lake Garda and we couldn’t agree more. This town of just over 8,000 becomes extremely lively during the summer thanks to the many tourists who flock to visit. Between the ever-changing colors of the lake, quaint shops, and luxurious hotels, it would be impossible not to fall in love.

Sirmione is located on the southern side of Lake Garda on a long peninsula that divides Desenzano and Peschiera del Garda. Its historic center can only be reached by crossing the Scaligera Castle’s bridge. The town’s name presumably derives from the Greek Syrma which referred to theatrical robes with long trains similar to Sirmione’s location on the long peninsula.

Sirmione was very well known in Roman times and was a rather famous urban center. It was located near the Via Gallica and the scene of numerous clashes as evidenced by the remains of the Roman villa and grottoes of Catullus. Much later, in 1197, the city was incorporated into the province of Verona, where it would remain (with the exception of a Venetian interlude) until Napoleonic rule. After the Vienna congress of 1816, Sirmione became an integral part of the Lombardy region, under the directives of the province of Brescia, up to the present day.

A Weekend or Even a Day Trip

Visitors will appreciate that everything to see in Sirmione is concentrated in a very small area. Its historic center, castle, and grottoes can easily be visited on a weekend, or even in a single day if you’re well organized. If coming by car, be sure to find parking before you reach the castle to avoid the crowds and to enjoy a lovely walk along the lakeside. 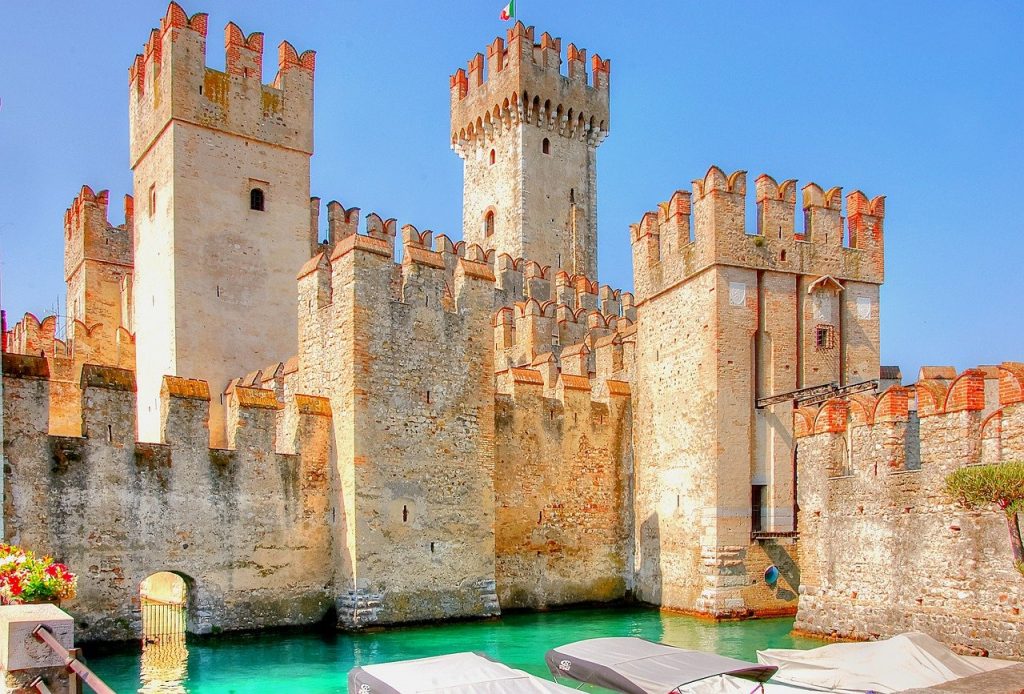 Your first stop can and should be Scaligero Castle. Built during the second half of the 13th century by Mastino I, belonging to the della Scala family, it was both defensive and allowed control of the port. Over the years, especially during Venetian rule, it had numerous improvements made including the beautiful dock we see today. The interior of the castle can be visited year-round and thanks to recent restorations, all the walkways around the walls as well as the towers are accessible. The view is breathtaking! For details, please visit the castle’s official website.

The village of Sirmione is made up of a multitude of alleys and streets dotted with historic buildings and churches, among which (if you are hungry) you will probably find more restaurants than people. The main street will lead you to the famous thermal baths of Sirmione where you can relax all afternoon. If you would rather continue on through town, you’ll reach the Callas Arena Park, a small but well-kept park dedicated to the famous soprano Maria Callas.

Continuing along the wide avenue of the park to the shores of the lake, you will find the thermal baths pumping station. This is the source of the hot water which is then collected in small natural pools to flow directly into the lake. If you can handle the pungent sulfur smell, it will be well worth it as the water is known for its therapeutic properties.

Once you have passed these improvised spas, you’ll want to continue on to the most extreme point of Sirmione, the ancient Catullus Grottoes. Technically, these are not caves, nor is it certain that they belonged to Catullus himself, but they are the splendid archaeological remains of an ancient Roman villa built between the first century BC. and the first century A.D. In some verses of Carme 31, the Roman poet describes the return to his home in Sirmione, and this suggests that the remains were precisely those of his domus. 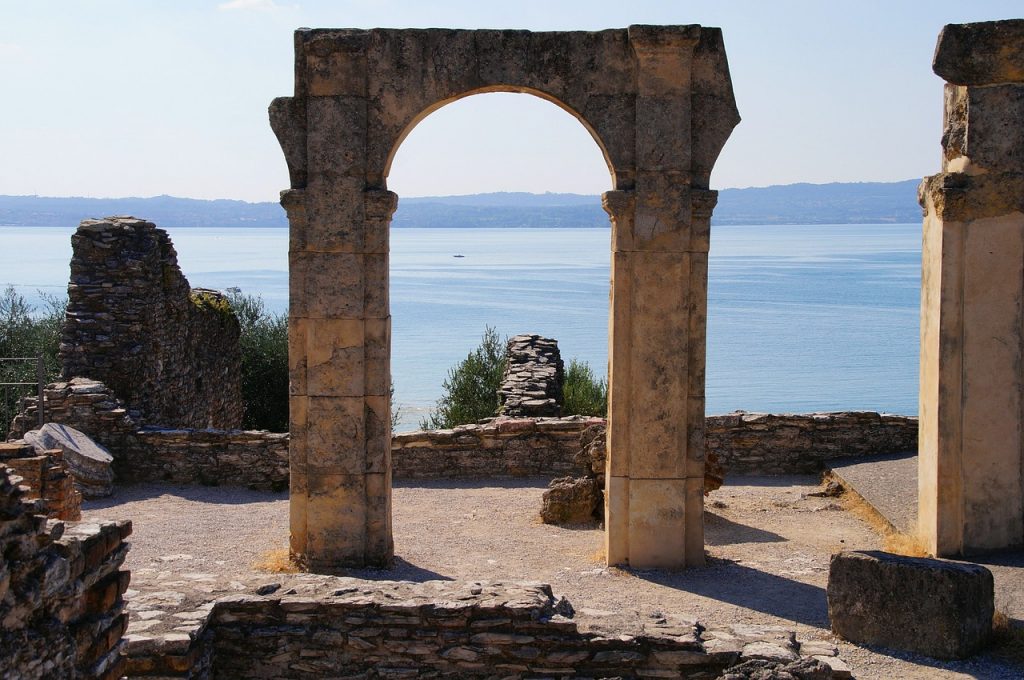 Subsequent studies, however, date the construction of the villa after the death of Catullus, suggesting they belonged to a wealthy owner connected to the imperial family. The villa is an extraordinary work: in addition to being well-preserved, it is testimony to the Romans’ amazing architectural skill. Located on the top of the rocky slope at the extreme end of Sirmione, it measures over 120 meters by 105 meters and features numerous charming terraces and arcades, as well as a courtyard that houses a centuries-old olive grove.

The noble floor, where the owner’s lodgings were located, is in the worst state given that over the centuries the site has often been ‘confused’ with a quarry and robbed of hundreds of thousand-year-old stones. The other two floors have less damage, with the entire perimeter of the villa still intact, the arcades and colonnades, as well as the huge cistern that was used to collect water for daily use. For complete details, visit the official website.

Jamaica Beach: A Perfect Ending to Your Visit

Just below the peak that houses the villa and the museum, you’ll find the perfect place to end your weekend or day in Sirmione: Jamaica Beach. This particular beach is made up of slabs of pale stone that, starting from the slopes of the Catullus caves, jut into the crystal clear lake. Until recently, access was rather difficult and you often ended up walking the last stretch with your knees immersed in water, but now a convenient path has been created. With the Grottoes of Catullus behind you and the enchanting scenery of Lake Garda in front of you, Jamaica Beach is the grand finale to your lovely day in Sirmione.