A bicycle ride: beautiful, ecological and healthy. What if it was much more than just a ride? What if it was an entire vacation? The Friuli Venezia Giulia region is the perfect place for cycle tourism! Here is a travel itinerary by bike to help you get started.

The landscape of Friuli Venezia Giulia, so splendidly diverse, has some of the most idyllic routes in Europe.

A multitude of breathtaking views are accessible to cyclists. From the heavenly sea of ​​the Trieste coast to the gentle hills of the Gorizia Karst, from enchanting lakes and gushing waterfalls to the unperturbed tranquility of the spectacular Alps Giulie, from the historical richness of Palmanova and Aquileia to the infinite colors of the Collio– it’s all just a ride away. 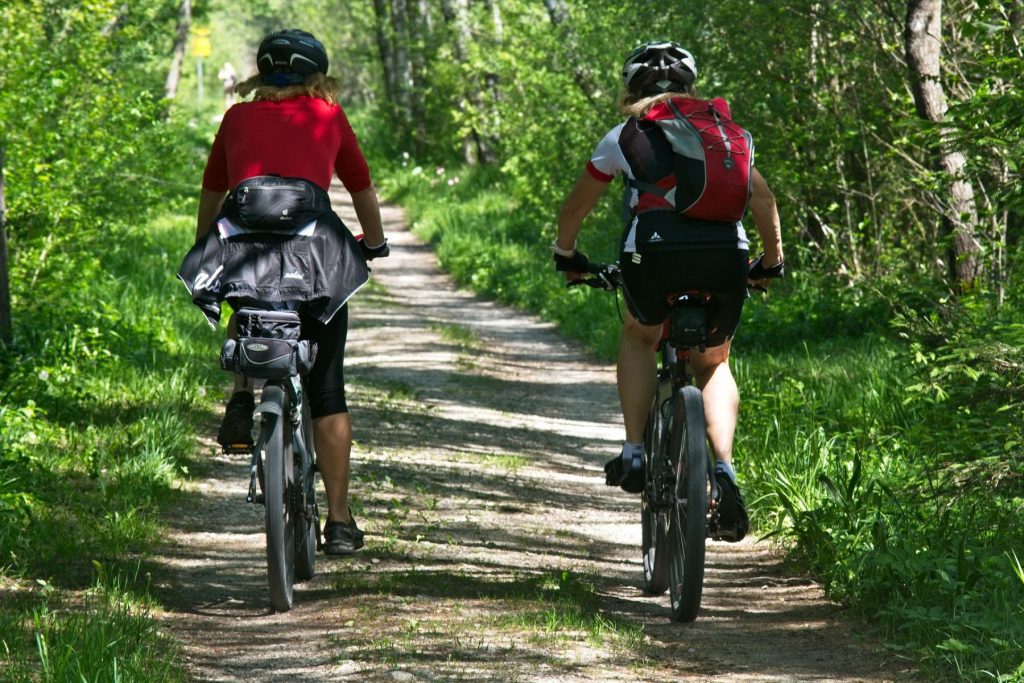 A total of 409 cycling paths cross the entire territory and wind through all types of terrain (asphalt, bike paths, dirt roads), making it easier for people to travel. In fact, throughout Friuli, an interesting project is underway providing incentives to a fast growing sector- pedal assisted bicycles. Thanks to the involvement of numerous partners, you can now travel by electric bike (e-bikes) between Aquileia, Rosazzo Abbey, Cormòns, Duino, Gorizia, Gradisca d’Isonzo, Grado, Monfalcone and Palmanova with the certainty of finding charging stations along the way. The totems are equipped with a “QR Code” to assist the rider with itineraries and local environmental tips. This has enhanced the already amazing Cycleways of ReCIR (Rete delle Ciclovie di Interesse Regionale) which are under constant development for a projected length of over 1,000 kilometers. These are the main regional arteries reserved for cyclists’ transit and that connect with the Italian cycle network (Bicitalia) and the European cycle network (Eurovelo). Of these, the Alpe Adria Ciclovia (bridge between Friuli and Austria, since it connects the town of Grado to Salzburg) boasts the enviable record of having been declared the “Best Cycle Route in Europe“. But let’s see all nine in detail: 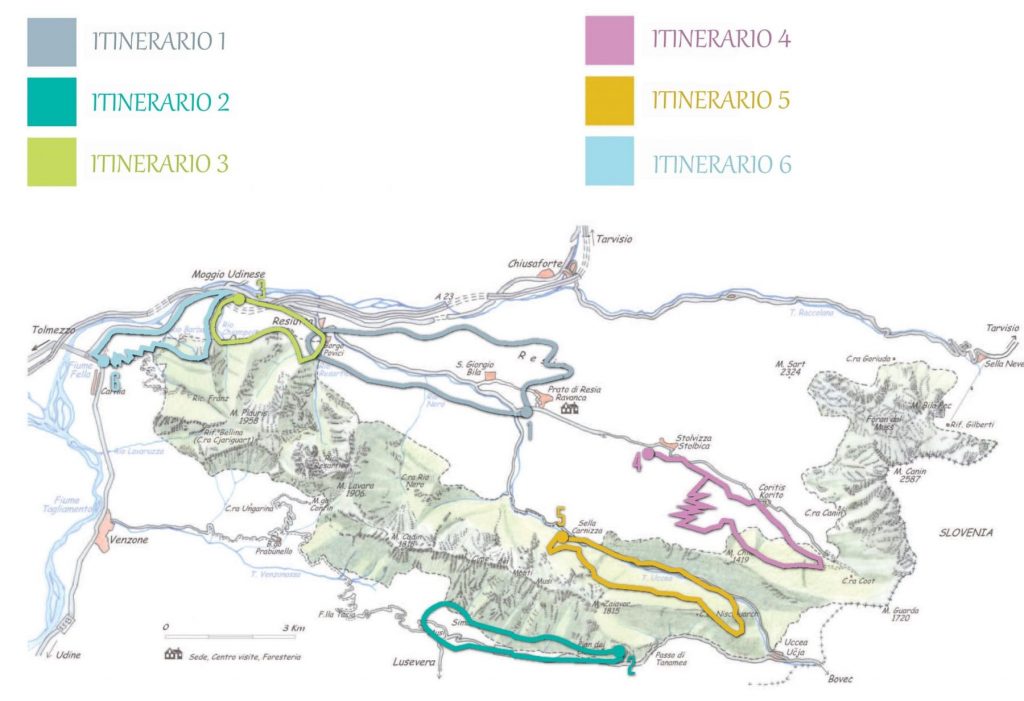 Traveling by bike is simple and cheap, not to mention a great cure-all for people of all ages. Once in Friuli, you can reach your chosen route by bus or boat, but by train is probably the most convenient. On the regional trains, every traveler is entitled to free transport of a folding bike (provided that the dimensions are not greater than 80 x 110 x 40 cm) or a standard bicycle at the cost of a second-class ticket. Alternatively, you can also purchase a bike supplement valid for 24 hours on the regional trains that are marked with a bicycle symbol.

Finally, it should be noted that PromoTurismoFVG has recently released a practical guide “Cicloturismo in Friuli Venezia Giulia” which contains a removable map. The guide illustrates a wide range of routes by bike with particular attention to intermodality, connections with international cycle networks (Slovenia, Austria, Germany), the world of e-bikes, discovering  landscapes and cultural resources, and the routes that have made the Giro d’Italia a national sport.

So, what are you waiting for? The time to move is now!

Find out more about the region and its events!