From the center of the town of Palazzuolo sul Senio, and a few meters from the holiday home the Torre del Vicario which guarded the “Via Fiorentina”, you follow an ancient path that once connected Romagna with Tuscany (CAI 685). It climbs up the ridge leading to the ruins of Castellaccio. This was the ancient stronghold of Val d’Agnello owned by the Ubaldini dell’Alpe and, subsequently, to the village of Lozzole, also built on an ancient Ubaldini fortress. Descending into the valley, you will find Campergozzole, a group of ancient ruins, which only add to the magic of this area. 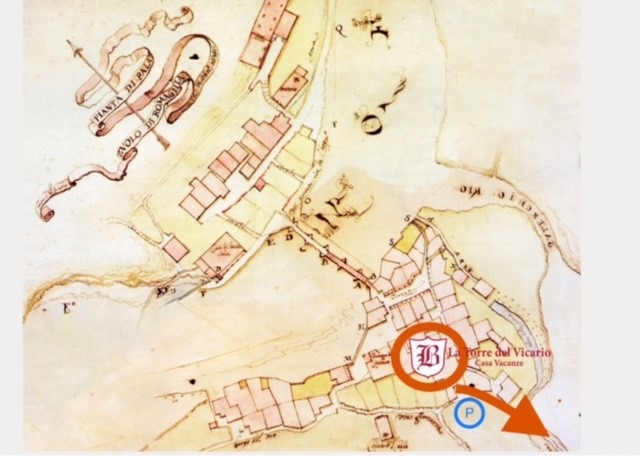 Along the downhill road as you leave the ruins, you will find two beautifully restored farmhouses, Scheta and Ca ‘di Scheta, now used as a bed and breakfast with a beautiful view of the valley and, in ancient times, as a sentinel on the passage towards the Ubaldini fortress.

A few kilometers away, joining the provincial road 477, you’ll come across the 15th-century convent and Sanctuary of the Madonna delle Nevi, entrusted for centuries to a community of Franciscan nuns, which even today display the Art Nouveau works of the Chini family.

After passing the village and continuing along the road towards Romagna, you will come across the Vallombrosana Abbey of the Badia di Susinana with its church, old mill, and picturesque medieval bridge.
The abbey is famous for its most illustrious son: the brave leader Maghinardo Pagani, who chose this place as his favorite destination and wanted to be buried here in the convent as a legend dressed in the Vallombrosian habit with his golden sword. 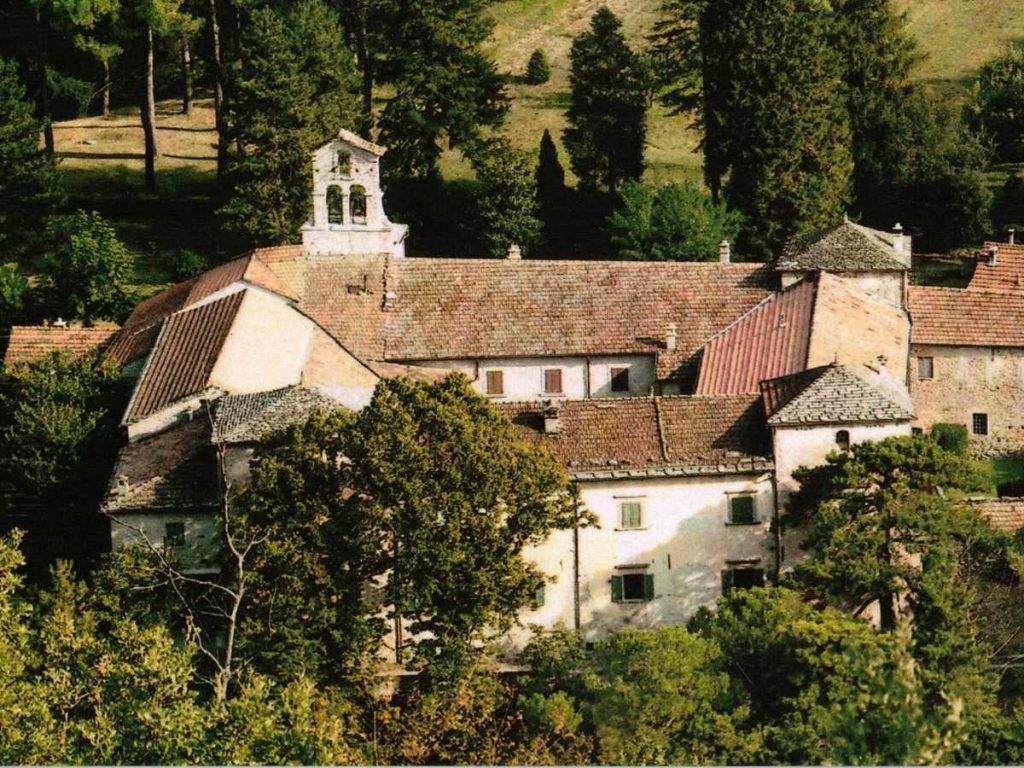 Dante Alighieri fought alongside him in the battle of Campaldino and regardless of the political climate of the time, decided to mention him twice in the Divine Comedy. In the Seventeenth Canto of Hell, he refers to him stigmatizing him as an unscrupulous and unreliable politician.

On the occasion of the seven hundred years since the birth of the great poet, this destination has been included in the routes of the Vie di Dante and the Cammino di Dante. Coming from both Tuscany and Romagna and, if you want to make a variant to the traditional route, it is possible to stop at the B&B Ca’ di Scheta.

To reach it, near the Monte Carnevale pass, follow the CAI path 505, reach the locality Lozzole and from here go down to the valley in the direction of Palazzuolo sul Senio. Halfway through, four kilometers from the town you will find the signs for the B&B which sits at about 200m above the road. 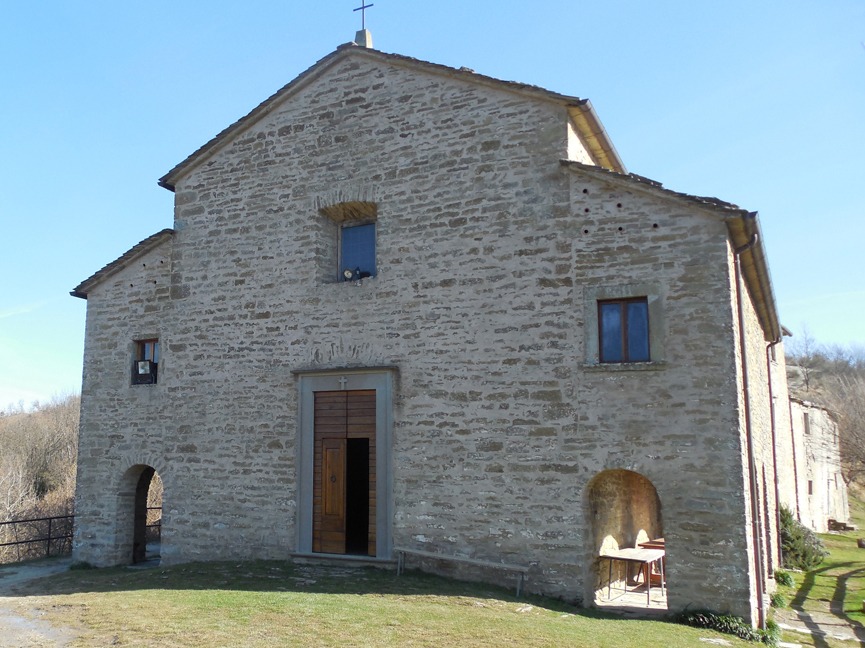 Continuing on, we find the millenary Pieve di Misileo which was completely rebuilt in 1781 but actually dates back to the ninth century AD. dedicated to St. John the Beheaded, patron of the Lombards, masters of the border area that separated the Christian world from the Byzantine one and, in more recent times, the Grand Duchy from the Papal State.

Below the parish church (currently in a state of neglect and not visible to the public), there is an underground room containing the ancient crypt, accessible only from the outside, built in the eighth century AD., characterized by capitals decorated with Romanesque motifs that support arches and cross vaults.

Less than a hundred meters from the parish church, there is the centuries-old bridge made of chestnut wood, and next to it the ancient Customs house, which is now a characteristic restaurant.

Post Views: 247
Redattore
The Riviera dei Cedri in Calabria
Visiting the Village of Dozza Just Outside of Bologna