Hiking in the Brenta Dolomites in Trentino

In the heart of the Brenta Dolomites, rarely visited compared to other itineraries in western Trentino, the trekking trail to the top of Piz Galin Mountain is a challenging, authentic hike with spectacular views over the most famous peaks in the area. Mt. Piz Galin is an isolated, unique pyramid at 2,442 meters above sea level overlooking the Andalo plain. It can be reached by following many paths of moderate difficulty, but all of which require decent training and confidence on rocky paths and grade 1 climbing passages. 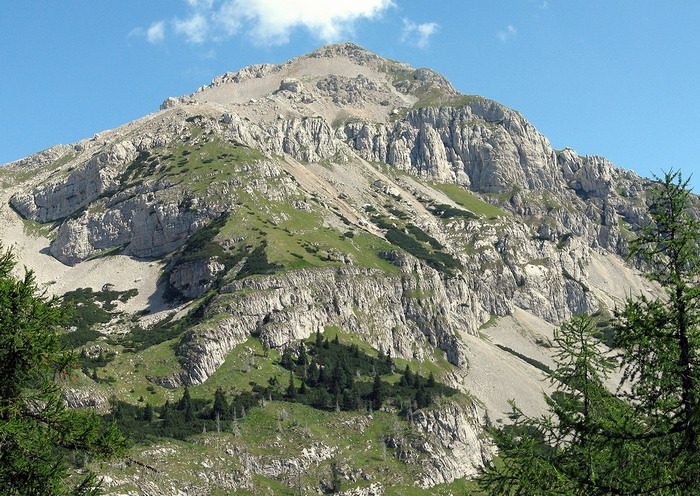 A suggested one-day itinerary to the top of Piz Galin starts at the car park in Val Biole (1,188 m.), near the village of Andalo. From there, the road becomes a path that goes into the Adamello Brenta Natural Park. The route continues rising, going into the woods along path no. 352. Further on, after having passed troughs and pasture areas, the path gradually leaves the wood and the open environment of the high mountain meadows. From there (1,800 m.), the panorama begins to open up to the south and east, until you can spot the blue of Lake Molveno and the gentle undulations of Paganella and Monte Gazza.

In a short time, the route joins path no. 353, that leads steeply to the Passo Dagnola (at 2,129 m.). From this point, a path that leads to the top of the mountain starts. It crosses exposed passages on the coast, short climbing passes and some stretches of rope climbing.

The breathtaking view you’ll see when you reach the top will be worth the effort. A wide open view that, from the already mentioned Lake Molveno and Monte Paganella, expands to the north towards Monte Fibbion and finally to the west on the picturesque spires of the Brenta Dolomites.

You’ll descend along the same route to the junction with path no. 352 bis (1,824 m.), which passes the Lasteri Bassi Cave and the Palon de Tovre and then descends to the Alpine hut La Montanara (1,514 m.). From here, you can easily continue in the woods along a flat forest road ending with the path no. 352. This path will take you back to the car park in a very short time.

The Piz Galin Mountain trekking trail is ideal for hikers that want to experience a challenging hike away from tourists and immersed in Mother Nature.

Post Views: 1,770
A. Forti
What to See in Venice: the Most Romantic City in the World
Cordovado and Its Medieval Festival in Friuli