Visit Taormina, Etna and Nearby Cities: the “Magical” Land of Aci

In Sicily, there is a “magic” place located halfway between Syracuse and Taormina, a few steps from the sea and half an hour drive from Mt. Etna … a place of ancient lavas and groundwater and lemon groves … Land of Aci. This virtual name indicates the real existence of nine small towns all called “Aci”, from the name of the shepherd of the Ovidian myth (Aci and Galatea) or, as history reminds us, from the abundance of waters (in Latin, Aquis). 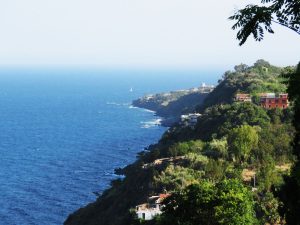 In the beginning, it was in fact one single Akis, which later became Aquilia and Al Jag and Aquilia Nuova. It was in 1642, under the reign of Philip IV of Spain, that the center of Aquilia, which in the meantime had assumed the name of Aci, became “Reale”, royal, or special possession of the crown as a reward for its loyalty towards the sovereign.

The suburbs instead separated from this central nucleus and each assumed a different name, according to their territorial or noble characteristics: Aci Bonaccorsi, Aci Sant’Antonio, Aci Platani, Aci San Filippo, Aci Catena, Aci Santa Lucia, Aci Trezza, Aci Castello. Today the “Acis” are less than nine because some have been incorporated in the same municipality (for example, the famous Aci Trezza is a hamlet of Aci Castello and Aci San Filippo with Santa Lucia are part of the municipality of Aci Catena) and are part of a well-defined tourist route that also includes Catania, Taormina and Etna.

It only takes two days to see all these towns! Acireale is a baroque city overlooking a lovely coast … Aci Sant’Antonio is the “home” of the Sicilian parade float artists … Aci Trezza is the land of the “Malavoglia” from the novel by Verga, in Aci Catena they cultivate green lemons, and so on. 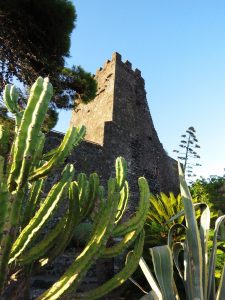 Why choose the Acis as your “home” base? Because it makes it easy to visit Etna or nearby Taormina; because they are well connected to the Catania airport by bus and taxi services; because hotels and B&Bs cost less than in Catania or Taormina and because the food and hospitality are fantastic.

As far as eating goes … if you are looking for excellent fish you will find it everywhere – in Aci Castello and Aci Trezza. Acireale is famous for its cafes and sweets, especially granita!

Post Views: 1,625
G. Musumeci
Italy’s Emilia-Romagna Region: Where to Go
Why You Should Visit Specchia in Italy’s Salento Region