The Church of Dante and Beatrice in Florence 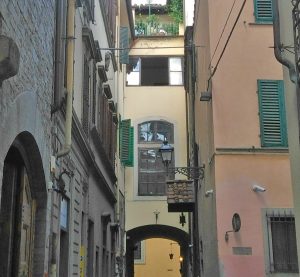 Really close to the Duomo in Florence and to Piazza della Repubblica, there is a little church called Santa Margherita dei Cerchi, one of the most ancient churches of the old town center.

Named after Santa Margherita d’Antiochia (patroness of women in labor) and the Cerchi family, who owned the patronage of the church from 1353 after the Portinari. Inside the church you will find an altarpiece dedicated to the Virgin Mary by Neri di Bicci (a reknown painter from Florence). This magical place tells two stories about topics that are always near and dear to the heart of Italian people: love and food.

It is said that the first encounter between Dante and Beatrice (described by the Tuscan poet in his work Vita Nova) took place right in this church. Even today, the remains of Beatrice rest in this church. A few roses and little sheets of paper where Florentines write about their love sorrows, are easily found on her grave. 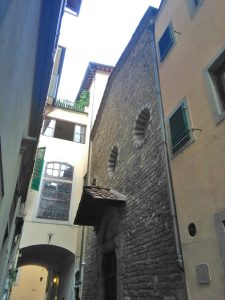 A little story of food

This church is still the headquarters of the Venerabile Compagnia di Quochi, a historical brotherhood which today is part of the largest Florentine Chefs’ Association.

The church still preserves the remains of the oldest members of the confraternity, which is dedicated to St. Pasquale Baylón- famous for inventing the Italian dessert, Zabaione cream. Initially, it was called “Cream of San Baylón” which later became Sambajon and finally, into the modern Italian word, Zabaione.

Post Views: 2,326
Redattore
DiVin October: an Entire Month of Events in Trentino
What (else) to See in Matera