The Medici Chapels in Florence

The Medici Chapels are the mausoleum of the noble family that ruled the city of Florence and Tuscany for about three centuries (except for some brief interruptions). 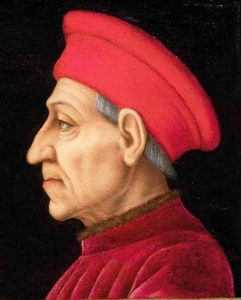 Who Were the Medici?

The family was originally from the village of Cafaggiolo in the Mugello. Somewhere during the 12th century, after hearing about the opportunities that trade offered, some of the Medici emigrated to Florence. Over the centuries they became economically and politically important. In fact, three popes and two queens of France were members of this noble family.

The Medici worked in the commercial and banking fields, and some of them were patrons. Like other important families (Gonzaga, Sforza, Este, Della Rovere), they decided to commission their own mausoleum and had the Medici chapels built.

The Medici Chapels are located inside the Basilica of San Lorenzo and are accessible from Piazza Madonna degli Aldobrandini. Giovanni dalle Bande Nere, his wife Maria Salvati, Cosimo the Elder, Francis I, Anna Maria Luisa de’ Medici, and other members of the family are all buried in this place.

There are four Medici Chapels: the New Sacristy, the Chapel of the Princes, the Crypt, and the Lorenese Crypt.

The New Sacristy was designed and built by Michelangelo Buonarroti, on the commission of cardinal Giulio de Medici and Pope Leo X. However, it was Bartolomeo Ammannati and Giorgio Vasari who completed the building.

The Medici chapels have a coffered cupola with a lantern with composite columns. Inside, you can admire the two tombs of Lorenzo Duke of Urbino and Giuliano Duke of Nemours. In addition to the funeral monuments, there are also sculptures by Michelangelo including Medici Madonna, Dawn, Night, Day, and the portraits of Lorenzo and Giuliano.

Architect Matteo Nigetti planned and built the Chapel of the Princes, which was built in 1604 but actually completed in the 1960s. It has the second-largest dome in Florence. The Opificio delle pietre dure, a public institute of the Italian Ministry for Cultural Heritage based in Florence, made the interior of the chapel using coral, alabaster, quartz, porphyry, lapis lazuli, granite, and mother-of-pearl. On the walls, you can see the coats of arms of the cities that were part of the Grand Duchy of Tuscany. 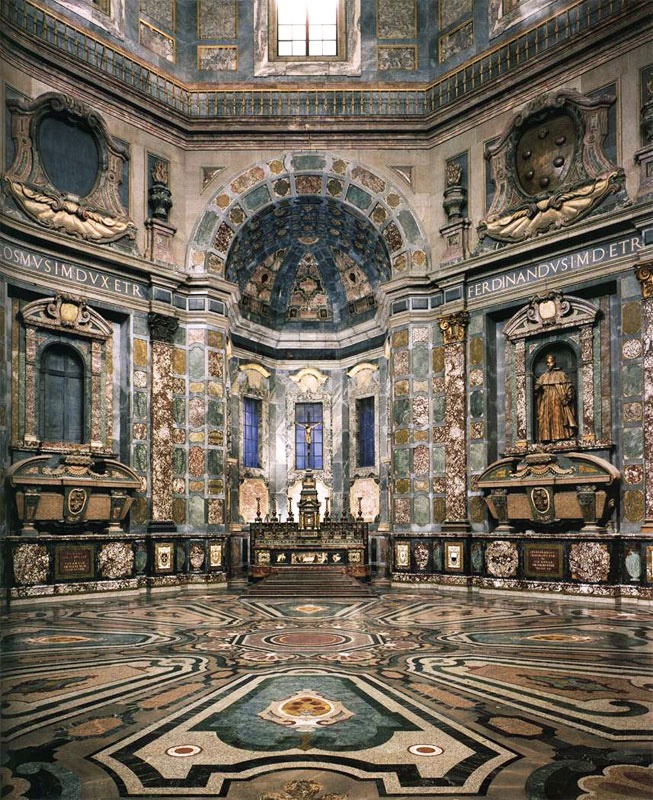 The Medici Grand Dukes, their wives, and close relatives are all buried inside the crypt, which is the first place you’ll see from the entrance.

The Lorenese Crypt is located between the funerary monument of Cosimo the Elder and the Medici burial ground. It is the place where some members of the Lorraine family are buried. It was commissioned by Grand Duke Leopold II and designed by the architect Emilio De Fabris.

The chapels can be reached by taxi or the ATAF C1 bus line.