Trieste: the city of Barcolana 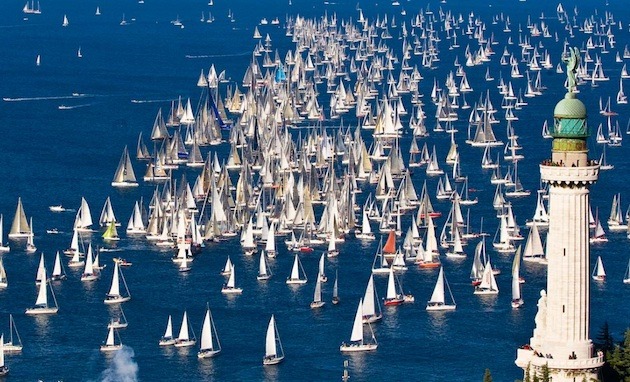 Other important protagonists of this event are the spectators who crowd into the city to see the regatta live. “Triestini”, the people who live in Trieste, aren’t the only ones who take part in the event, a large number of visitors are impressed by the beauties of Trieste and its gulf. Barcolana attracts the experts in the field, who want to enjoy the high level performance of professionals, but also non-experts. Admiring the Adriatic Sea moved by the wind and animated by the sailboats that fill the landscape can be a breath-taking experience.

This year the regatta will takes place on October 8th and it will start at 10.30 am with the departure scheduled for 10.30 a. m., except in the absence of wind, near the Habsburg Castle of Miramare. But all the initiatives connected to the Barcolana can be enjoyed since September 29th. You can’t miss the Barcolana Village, with its stands and exhibitors along the seafront, the “Rive”, leaving behind the majestic Piazza Unità d’Italia. Among the stands you can always taste excellent food and wine that will make you try a multi-sensory experience.

On Sunday 1st October, it’s time for the “Notte blu”, a tour of the theatres of Trieste that for the occasion will offer shows with a particular theme: the sea. Tickets will be available at a low price and people will be able to see shows from 5.30 pm to 11.00 pm.

In fact, Barcolana is first of all a party that interests the entire city and releases its cosmopolitan and joyful soul. The music is an essential part of this event. Everybody is waiting for the desired Francesco Gabbani’s concert planned for 30 September in the special setting of Piazza Unità. 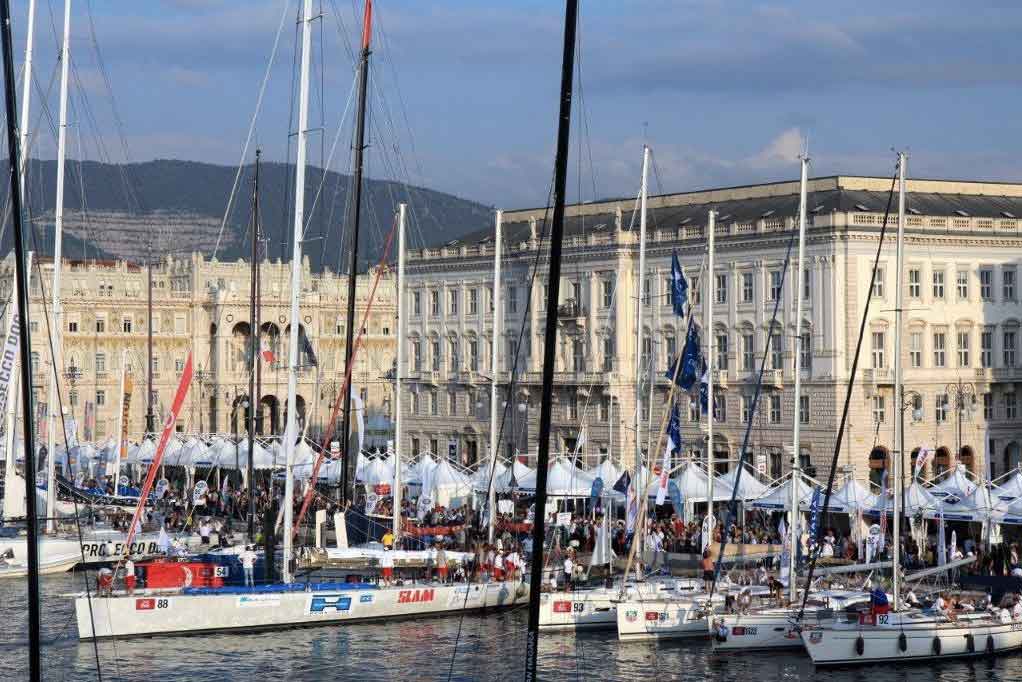 During the Barcolana period people have fun, even children, who will love the side event dedicated to them, named “Barcolana Young” that presents helmsmen between 8 and 15 years old. On the day of the official regatta, it is worth taking a nice photo at the local newspaper’s stand, Il Piccolo, which will print a poster with a theme background. The “Rive” will be the end of the race and it is there that the winner will be celebrated by the numerous public.

For the ones who prefer to avoid the crowd, a valid alternative is a walk throughout the “Napoleonica”, a road situated outside the city centre. It is a panoramic walk on the Trieste Karst, an easy road that can be taken from the Obelisco di Opicina lay-by. This place is perfect to see the Barcolana in its entirety, from above, taking unique pictures. The view opens onto the Gulf of Trieste, leaving room for its blue expanse. After the walk, I recommend you to stop to taste a good glass of wine or a “tagliere” of cold cuts in one of the local Karst “Osmizas”, some private properties that open their doors to the public at certain times of the year and offer offer excellent products of their own production. In a few words, Osmizas are the best places in the world for the people of Trieste.

If you want to get into the heart of the action, the entries to the competition will end on the Saturday before the race. This year’s goal is to reach the 2000 entries in what is one of the most popular and loved regattas in the world.