Vernaccia Wine and the Mostacciolo Dessert: a Sardinian Love Story

Once upon a time, there was an extraordinary wine named Vernaccia … said to be the noblest wine of Sardinia. Its color was golden, its aroma was intense but at the same time harmonious, fine and delicate. Aromas of almonds and hazelnuts could be perceived combined with orange peel, dried apricots, vanilla, and musk. Good Vernaccia was aged in chestnut or oak barrels, generally filled to 75-80% of their volume, in order to allow the formation of the flor, a veil of yeast on the surface which, thanks to its action on ethyl alcohol and acetic acid, gave the wine its characteristic aromas. 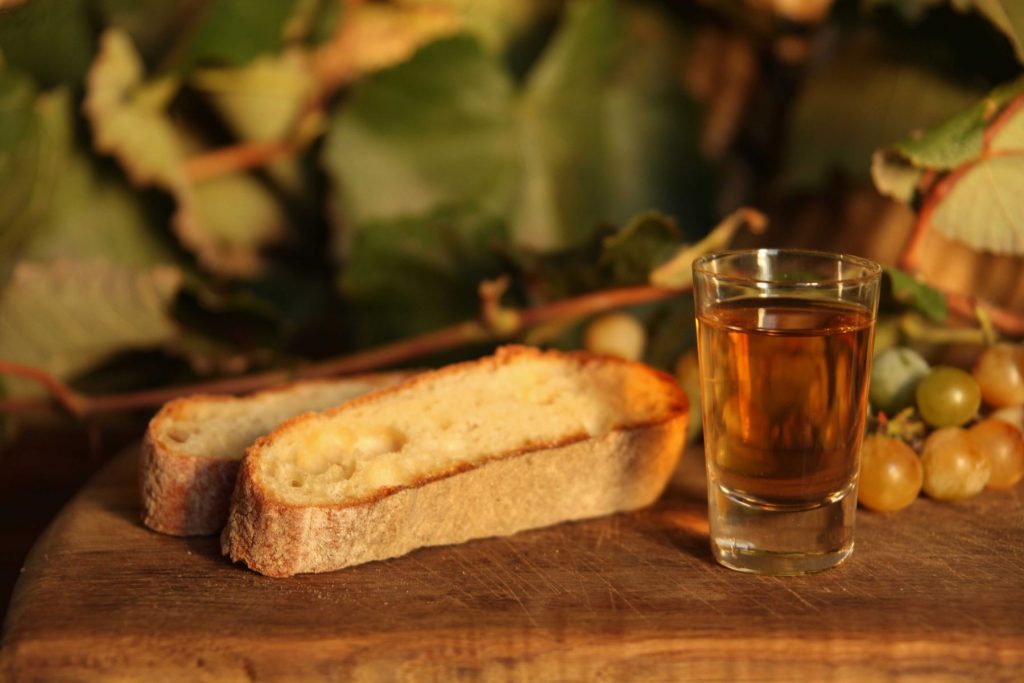 Legend has it that Vernaccia was created from the tears of Santa Giusta da Othoca, who created the drink to cure malaria that had infested this swampy area. The tears, fallen from the sky, became small vines that quickly filled with grape clusters. From those bunches, Vernaccia di Oristano was born, and at the time called “Vernacula”, or “of the place”. In fact, its grapes only grow and mature in the very restricted geographical area known as the lower Tirso valley, in the province of Oristano.

And, oh what beautiful grapes they are! Small in size and round in shape, their skin is very thin and golden yellow. The only grape that could have created such a unique and miraculous wine!

One winter day, the no longer very young “Vernaccia”, by chance met the young “Mostacciolo”. Mostacciolo was born poor and not very desirable, but would soon be destined to become the princess of the sweets of Oristano.

How the Mostacciolo Dessert Was Born

Gossip reigns. The word was that a young damsel was in love with a young nobleman from Oristano and wanted to prepare delicious desserts made with flour, yeast, sugar, and lemon but, alas, the young girl was so in love that she completely forgot about the sweet dough she had left to rise. About a month passed before the girl remembered her unfinished business.

How to remedy the forgetfulness of a young girl in love? By adding cinnamon and lemon … maybe something could be saved. She lit the oven with wood, gave that strange dough a rhomboid shape and while it was baking, she prepared a light icing for decoration. To the delight and surprise of everyone’s palate, this is exactly how Oristano’s delicious dessert was born. The “princess” of all desserts was appropriately named Mostacciolo.

We will never know if the young girl actually won the heart of the nobleman from Oristano, but we know with certainty that between the prince of Vernaccia wines and the tasty and sweet Mostacciolo it was great love.

The culinary pairing lived together passionately for years: guests of honor in the best halls of the city; present on the tables of great intellectuals and nobles; their union seemed to last forever.

But, as what often occurs, things go in and out of style. New wines and new drinks, considered more elegant and avant-garde, made the great Vernaccia wine become démodé. The disconsolate “Prince” began to frequent fewer and fewer places, sometimes infamous, moving further and further away from his beloved Mostacciolo.

And yes, the great prince of wines named Vernaccia, the first D.O.C. of Sardinia, a great meditative wine, was almost forgotten.

Mostacciolo suffered too but adapted to the times. “Let’s shorten the leavening,” shouted the confectioners, “let’s put yeast in the beer.” It had to be produced more quickly. The poor “princess” was slowly losing her soul. Her destiny would have been to pretend to be what in her heart she was not, but there was nothing she could do to avoid it. Times change.

Days, months, years, too many years passed, and only a few people still had the memory and the joy of tasting the miraculous nectar that only the great “prince” could offer. Until one day, the true lovers of good wine realized once again that Vernaccia was not simply a wine but an excellent wine. 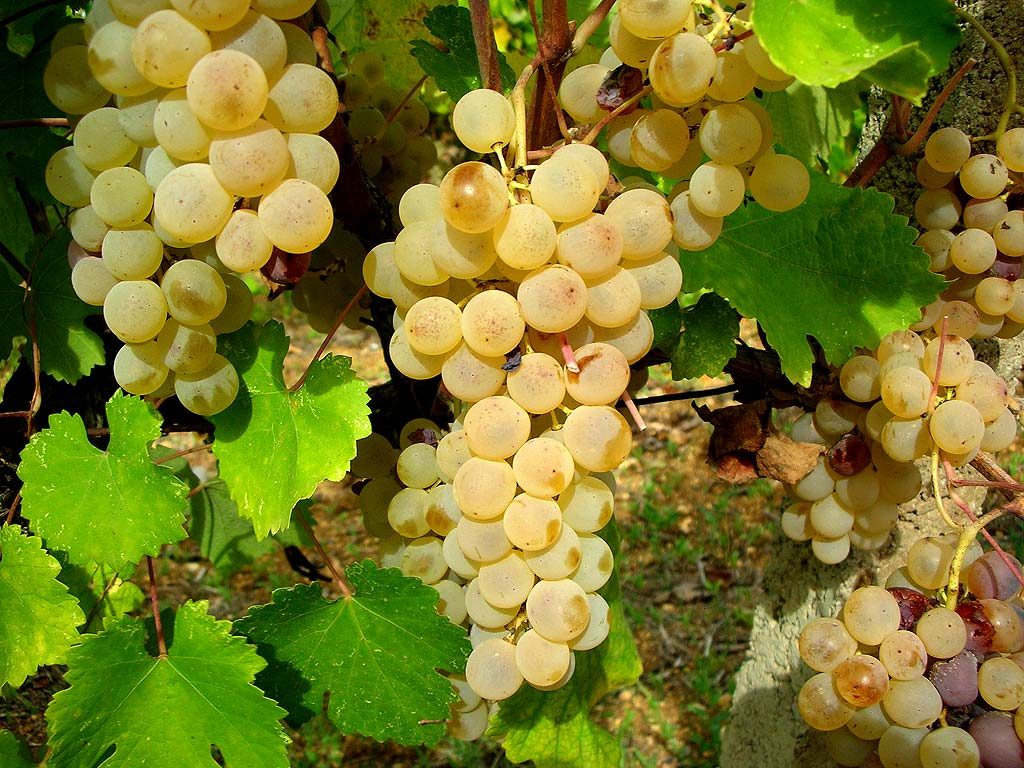 The noble Vernaccia was finally able to return to the important lounges of the city with his beloved Mostacciolo next to him. And in order not to risk returning to being démodè, he also chose to frequent modern bars and restaurants and to accompany old and new dishes and foods created by the expert hands of important chefs. To become loved by a new generation of maidens, damsels, and ladies.

Beside him, the forever faithful Mostacciolo, proud of her “Prince”, who regained his nobility and dignity and still continues to amaze the palates of those who taste and savor the essence.

Maybe now we can finally say: … “and they lived happily ever after”.

For many years, between autumn and winter, a prize competition has been taking place in Oristano, entirely dedicated to Vernaccia wine.

The “Corkscrew of Ideas” Association compares artists and amateurs who intend to offer their work dedicated to Vernaccia, with photographs, paintings, ceramics, texts, poems, recipes … in short, creativity and inventiveness where the winner is always “Prince” Vernaccia.

Post Views: 836
Redattore
Join Us On a Journey to Limone sul Garda
Visiting the Tuscan City of Prato Near Florence