Via Francigena in Italy: the “Journey of Life”

One of the most well-known and spiritual journeys in the world is along the Via Francigena. If you have traveled around Italy, you have most likely noticed the brown signs with the little pilgrim cartoon drawing indicating the famous via. But have you ever wondered what it’s really all about and why it’s become so popular in the past few decades? 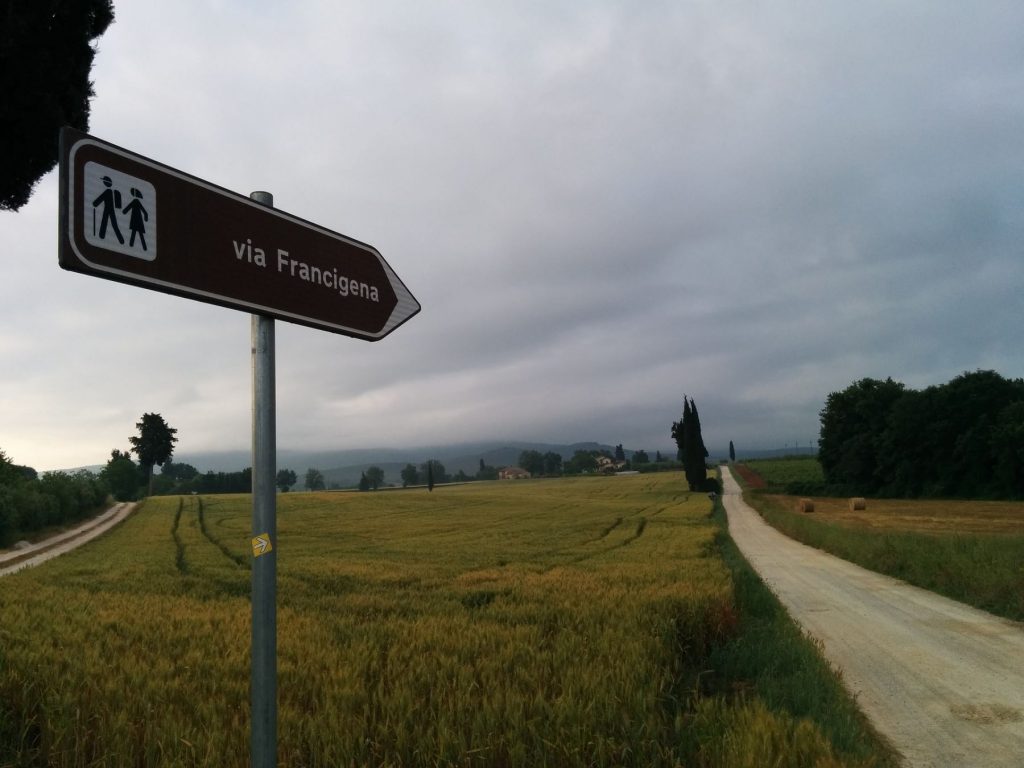 What is the Via Francigena?

2,000 kilometers across some of the most beautiful terrain in all of Europe, the Via Francigena has been called the “journey of life”. The word Francigena literally means “from France” because it was the road that led from France to Rome from where pilgrims would continue their journey along Via Appia or Via Latina and then Via Traiana to the ports of Otranto, Bari, and Brindisi and on to the Holy Land. It actually begins in the English city of Canterbury, passing through France, Switzerland, and Italy. The path differs from Roman roads in that it didn’t connect cities but rather, abbeys. 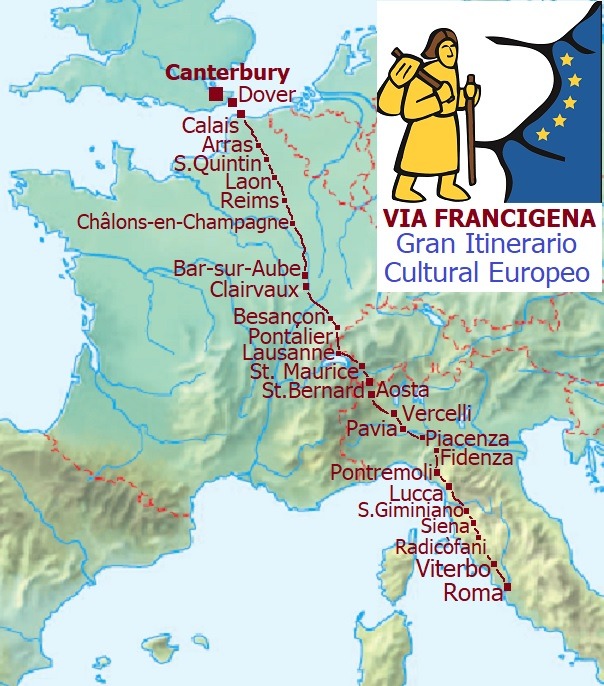 The route today is often mimicked after Sigeric the Serious who was Archbishop of Canterbury from 990 to 994 AD. He made the 1,700 km journey in 79 stages which he documented on his return trip. Pilgrims can obviously choose to complete the entire route or certain legs either on foot, bike, or even horseback.

Pilgrims must have a “Pilgrim Passport” or credential with them at all times which is an official document allowing them access to numerous discounts including train tickets along the route. There is also an official app that every traveler should download which contains interactive maps as well as indicating availability at accommodation facilities.

Via Francigena in Italy

Within Italy, Via Francigena passes through the regions of Valle d’Aosta, Piedmont, Lombardy, Emilia-Romagna, Tuscany, and finally, Lazio. Along the route, in some places, pilgrims can choose to stay in spedali which are hostel-style accommodations or sometimes, in monasteries or low-cost hotels. Since 2009, Italy has been working steadily to increase the number of facilities available along the route to attract more pilgrims.

From Switzerland, the route descends into Aosta Valley via the famous San Bernard Pass. Due to its altitude, this part of the route is only open from June through September. This stage includes beautiful towns like Hone, Bard, and Donnas.

The Piedmont portion of the route actually has various options- a total of 4, with one connecting to the famous Camino di Santiago. Lombardy’s portion includes 120 km through beautiful countryside and the major city of Pavia. Crossing into Emilia-Romagna through Piacenza, Fidenza, and then entering into Tuscany via the Cisa Pass. 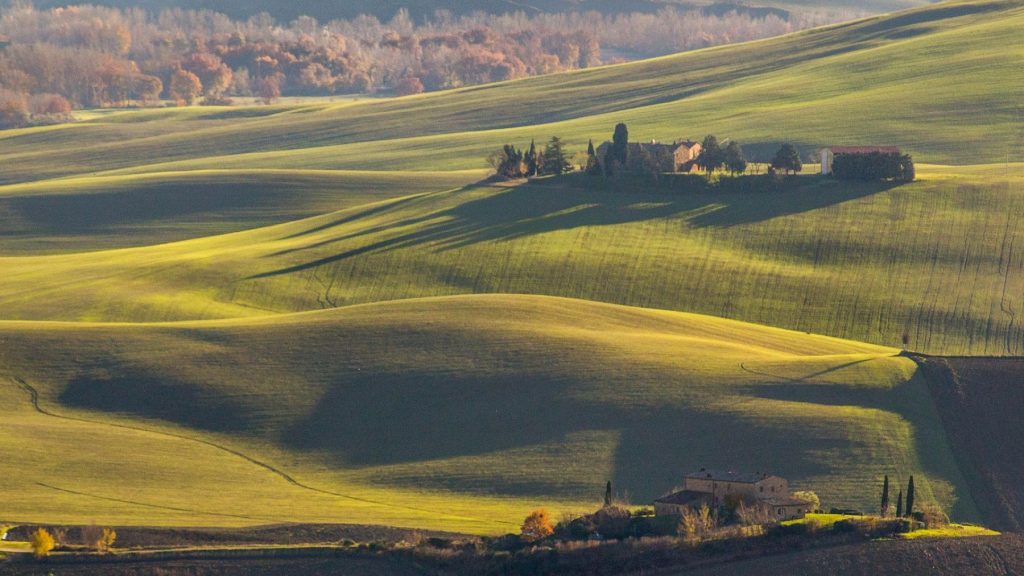 Many pilgrims’ favorite part of the trip is through Tuscany as it traverses some of the most spectacular countryside on earth from San Miniato near Pisa through Siena’s Val d’Orcia.

The Lazio leg of the journey leads you through Viterbo and Lake Bolsena with the “dying city” of Civita di Bagnoregio in the distance.

And finally, on to where else, but St. Peter’s Square in Rome where after a long, arduous journey, pilgrims will receive their Testimonium.

The Testimonium is the official document stating that you have completed at least 100 km on foot or 200 km by bike. You must prove this with stamps received along the Via Francigena.

About 50,000 pilgrims walked the entire Via Francigena in 2019 alone. The majority say it is a life-altering experience and as Confucius said, “a journey of a thousand miles begins with one single step.”