Virginia Raffaele’s tour in 2017: “Performance” is back on stage

The satirical theatrical show at the Brancaccio Theatre in Rome 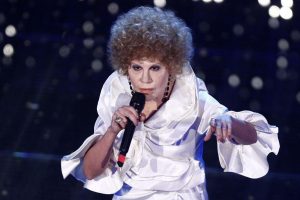 After the great success made in the debut season, the show “Performance”, written and played by the irreverent Virginia Raffaele, one of the most appreciated Italian comedians and impersonators in the latest years, is back on stage to entertain the audience.

A one-woman-show during which Virginia Raffaele proposes some of her most famous imitations, alternating them with reflections and monologues of the real Virginia.

Among the characters most appreciated by the audience and imitated by Virginia there is surely Belen Rodriguez, always struggling with paparazzi, then the Danseur Étoile Carla Fracci, who tries to keep her serious image, despite her occasional howlers, not to mention the forgetful Ornella Vanoni. 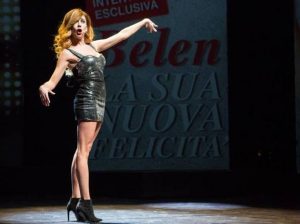 The original music by Teo Ciavarella accompanies the characters in their performances, underlining their movements, hang-ups and their most distinguishing traits.

The outfit and personality changes are skillfully managed, made with rapidity and without interrupting the rhythm of the show.

The audience is also involved: Virginia speaks with people, laughs with them, invades their space and uses her characteristic irreverence that never annoys them. 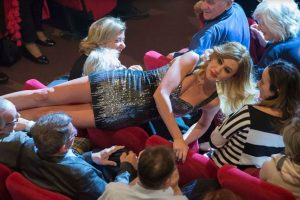 What could seem a simple overview of imitations, when spiced up by Virginia Raffaele’s wise irony, actually hides something deeper.

First of all, the characters are cleverly constructed: their gestures, their words are the mirror of the habits and vices of our society, such as vanity, the desire to have success and maybe the lack of self-awareness.

Moreover, during the show, Virginia Raffaele talks about her “identity crisis”, trying to find herself in the midst of all the personalities she takes on for the show. How does she do that? By making the real self talk to her characters, who criticize her and laugh at her. 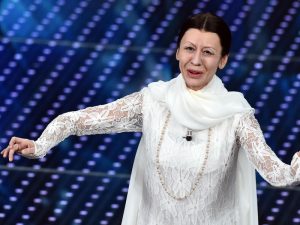 Maybe this is the key of the success of Performance, creating a crazy and dramatic reality at the same time, through a vortex that mixes the characters, Virginia and pure satire.

The expectations are very high for this tour, which already stopped in various theatres of Italy and will arrive at the Brancaccio Theatre of Rome on the 28th of November. It is a show that cannot be missed.