What to See in Trapani, Sicily

Trapani cuts the sea into two parts with its sickle shape (this is the meaning of its name, Drepanon) and smells of salt, sand, and red seaweed that settles to dry on its beaches. Getting there is perhaps simpler if you arrive from mainland Italy (landing a few kilometers away in Punta Raisi, Palermo, or at Trapani Birgi) than from the east coast of Sicily.

Last Spring, my friend and I left Catania by car to get to the extreme western side of the island after a 4-hour trip. It must be said that the Catania-Palermo highway is fairly smooth, well maintained, and full of rest stops. However, between Palermo and Trapani, the service stations/restaurants disappear … so if you go there by car, think about water bottles and toilet breaks before leaving Palermo! 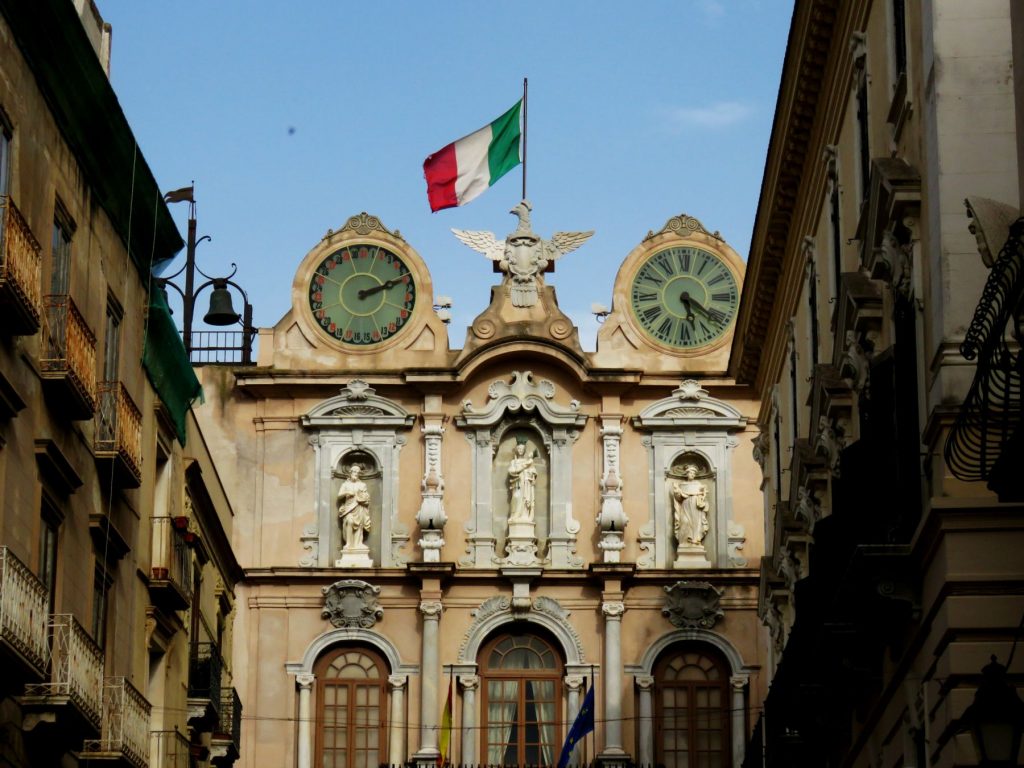 What to See in Trapani

Once in the city, we found the large parking lot at Piazza Vittorio Emanuele, unattended but free of charge. From there, it was just a short walk along Via GB Fardella and then Via Garibaldi to get to the historic center. We stayed in Trapani for three days.

On the day of our arrival, we explored the Cathedral of San Lorenzo, a majestic eighteenth-century church. Then, we visitedt the Church of Purgatory, which houses the “Carts of the Mysteries“, the huge scenes of the Passion of Christ, carried in procession on Good Friday. On the way to the Cathedral we admired Palazzo Cavarretta, now the Town Council’s seat, with its Baroque façade and its two giant clocks and we shopped along the way.

Nearby there are many pubs, restaurants, and clubs where you can spend a nice evening. In Trapani, there are many wine bars where good wine is served with salami and cheese. In the evening, we strolled along the seaside promenade to the Tower of Ligny, built to defend the city in 1671. 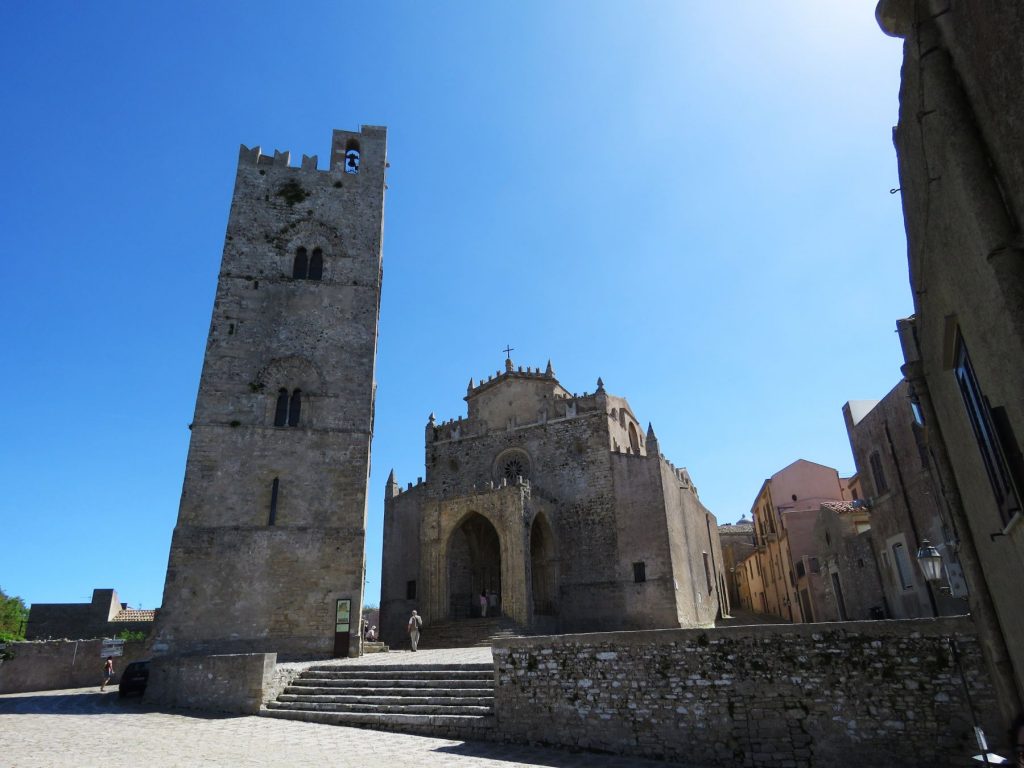 Day 2: Erice and the Salt Mines

On the second day, we decided to visit Erice and the Saline or the salt mines. Erice can be reached by a lovely cableway linking Trapani to the gates of the small medieval village on Mt. Erice. There we visited the spectacular Cathedral of the Assumption, the stone lanes of the village, and we went to taste the homemade pastries at the Maria Grammatico bakery, a must-do for all visitors.

From the viewpoint of Balio, we admired the view of the coast with the castles of Pepoli and Venere in the foreground! After lunch, we descended to the valley and drove to the salt mines. A nice drink at sunset with the view of the lakes that in just a few months will be filled with salt mounds is an unforgettable experience! 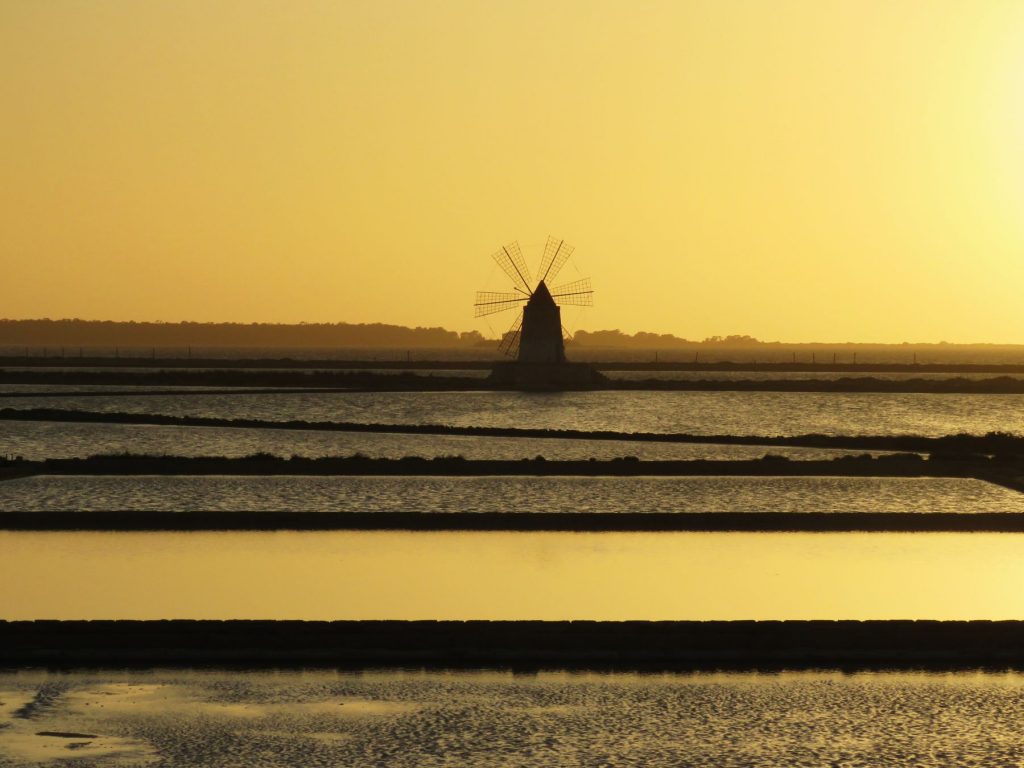 On the third and last day, we decided to see the Egadi Islands, off the coast of Trapani. We left by ferry with a short stop on the romantic Lèvanzo Island, then going on to explore the Island of Favignana. Its turquoise seas and white rocky beaches disguise the fact that the village revolves around a modern, maximum-security prison. Souvenirs, excellent fresh tuna, and homemade ice cream await tourists. We recommend a tour of the island on the train that takes you to coves, bays, fields of thyme, and wild horses in comfort!

If you want to eat well, try Capricci in Tavola, La Bettolaccia or Al Vicoletto. 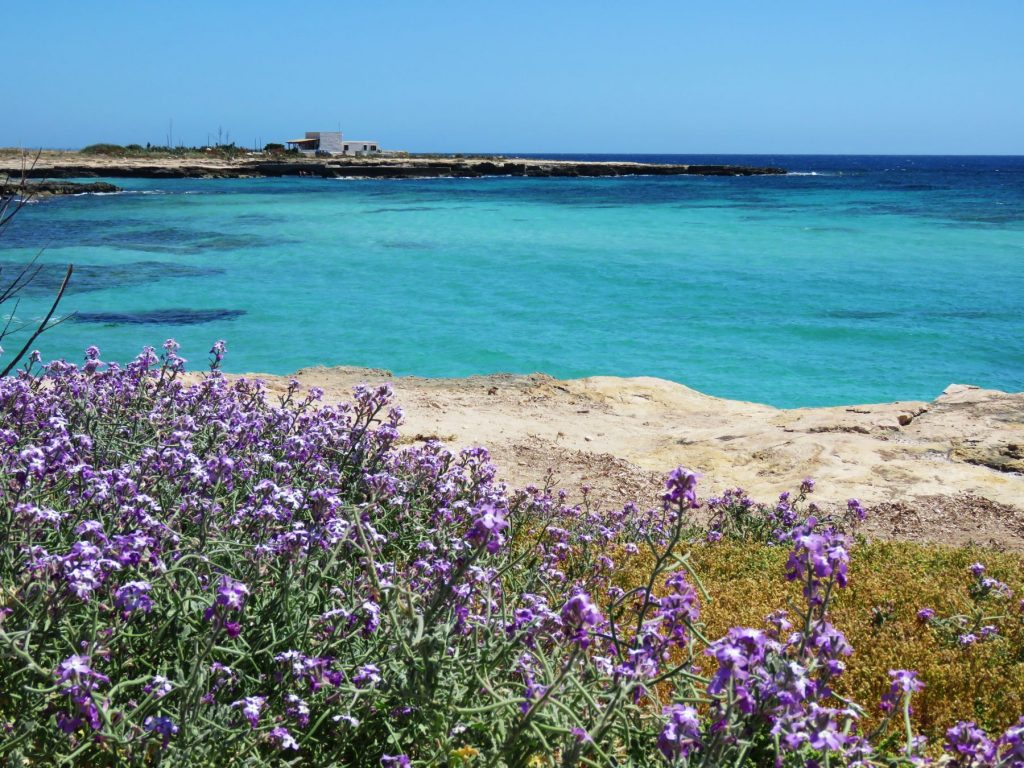