What to See in Syracuse: Ortygia and Castle Maniace

Discover Syracuse and its wonders

Have you ever wondered what there was to see in Syracuse? If you have already decided to visit Sicily, you can’t miss the ancient Greek civilizations of Agrigento, Selinunte, Segesta and Syracuse. Let’s take a few minutes to think back to our childhood when we would use our vivid imaginations and fantasize about being knights and ladies in a faraway kingdom, or become the characters in the stories that our parents or our grandparents told us. We marveled at those characters and let them fuel our fantasy. Perhaps, some of the remnants even accompany us today in our travels around the world as we discover incredible places and attempt to relive the fantasy and wonder that we felt during our childhood. 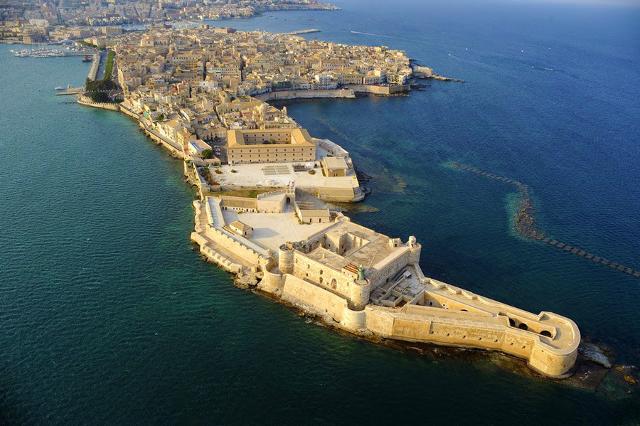 We maintain a close connection with the past through memories that we cherish as adults. We all have at least one place within us that evokes strong emotions- a connection to a certain place and culture. Sicily is such a place.

Sicily is abundant with history and archaeological sites. The Maniace Castle in Syracuse falls into the category of architectural beauties of high historical value that still arouse amazement and wonder among tourists. Located on a strip of land surrounded by the sea overlooking the fortified island of Ortygia, the true nucleus of the city of Syracuse, the castle dates back to 1232 to 1240 (during the rule of Friedrick II and Swabian domination in Sicily). It is not the only Federician castle in Eastern Sicily that bears witness to the power of the Swabians. In fact, the Ursino Castle of Catania and the Augusta Castle are also notable. Ursino is now open to the public after its refurbishing and hosts various events such as public art exhibitions, conferences, parties and festivals, but also private events such as weddings and other ceremonies. Augusta was a victim of neglect by past administrations, and is now waiting to be restored to its maximum splendor. 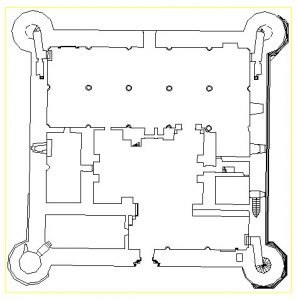 The Maniace Castle of Ortygia existed before the Federician period. It was a Greek stronghold built to protect the harbors of Syracuse from enemy raids, and further fortified by the Byzantine commander Giuseppe Maniace for which it was named. This Swabian fortress has a four-sided plan, 4 cylindrical towers, 51 m long and 12 m high fortified walls surround it. It’s isolated from the rest of the mainland by a moat that can be crossed by a drawbridge. When Charles V came to power, he replaced the drawbridge with a stone one and further reinforced the walls making Ortygia a practically impregnable stronghold. Even today, at the entrance portal of the castle you can see a beautiful ogival arch, surmounted by the imperial coat of arms of Charles V (XVI century) depicting a two-headed eagle. Inside the castle, there is a main hall consisting of 24 arches that represent the kingdoms of Frederick II, and in the center there’s the kingdom of Sicily. Over the centuries there were several important dynasties in Sicily: in the fourteenth century there were the Aragons, in the sixteenth century the dynasty of Charles V of Habsburg, and from the eighteenth century until 1861 the dynasty of the Bourbons, driven away after the Garibaldi enterprise and the unification of the Kingdom of Italy. The Castle Maniace remained a fortified military structure for almost all of the twentieth century, and was used as Italian army barracks during the Second World War and in the latter part of the twentieth century . 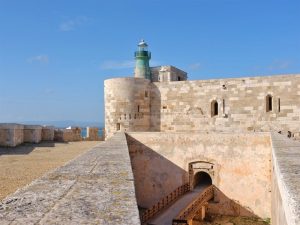 After its thorough restoration, today it is open to the public and is the seat of the Faculty of Architecture of the University of Catania. In addition to the tourist and cultural visits, the castle was home to the Ortygia Festival (until 2007), the environmental G8 Summit (April 2009), and other cultural events such as jazz festivals, electronic music fests, and folk events. Finally in 2015, two exhibition rooms called the Antiquarium were inaugurated. One of which is dedicated to the history of the Castle and the Piazzaforte of Syracuse through ancient maps, and the other is set up with architectural finds, ceramics and majolica from the 13th to the XIX century found in the excavations of the castle. Whether fate was adverse or benevolent and whether the city experienced glory or decadence, the fate of Syracuse was, and still is linked to that of the Castle Maniace. The place where Fredrick II signed the act that sanctioned the birth of the University of Naples, the place that withstood the violent earthquakes of 1542 and 1693, the place that was damaged by an explosion from a gunpowder magazine in 1702- the “Old Giant” is still standing, guarding the city. 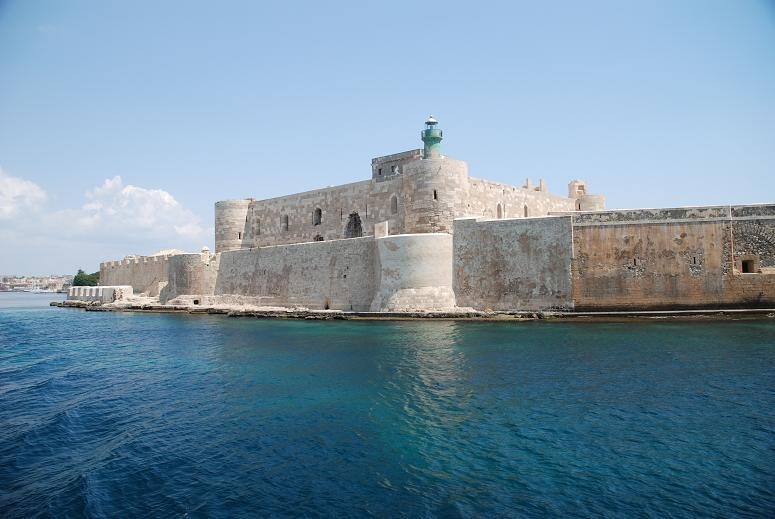 With its 122.031 inhabitants, Syracuse is a millenary city that is worth visiting at least once in a lifetime. It was founded by the Corinzi colonists in 733 a.c., and was considered one of the most important cities of antiquity competing with Athens for power and wealth without ever being subjugated. Any time of the year is the right time to visit Syracuse. The charming historical center of Ortygia‘s alleys are filled with craft shops, bars, and trendy clubs. Evenings and nightlife are really fun. If you prefer less noisy areas, you can take a walk along the picturesque promenade and refresh yourself from the summer heat with the cool sea breeze. If you love history and archaeology, Syracuse has one of the most important museums in Europe- the Paolo Orsi museum. It boasts a collection of finds from the Hellenic Period. There are also numerous other archaeological sites in the area. If you love music or theater and you want to experience its nightlife, there are festivals and events year round as well as many cultural initiatives organized in the small bars of the center. And what about gastronomy? Rich in ancient recipes and seafood based, its food is a testimony to the influence of the many different settlements in Sicily that left their mark over the centuries. Whether you love first courses, second courses, or desserts, there’ll be no shortage of culinary delights. 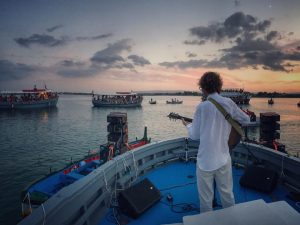 There is also a trendy aperitif culture. Imagine yourself on a terrace overlooking the sea with your loved ones. You’re about to spend an unforgettable evening exploring Syracuse.
If you are more daring and love adventure, the area also offers trekking, short cruises on the coast of Syracuse, climbing, quad safaris and hiking in the countryside. Ultimately, we could define Syracuse as a cosmopolitan city with a provincial and welcoming heart. It really has a lot to offer tourists. Castle Maniace is only one of its many wonders.

Concluding with the words of the famous Italian writer, Italo Calvino:

“In the middle of a dense forest, a castle gave shelter to those who had surprised the night on the trip: knights and ladies, royal processions and simple wayfarers. I passed through a disjointed drawbridge […]

For more information on Castle Maniace

Post Views: 2,077
A. Gianna
Syracuse, Sicily: The Magdalen Pathway and Other Points of Interest
1000 Miglia- “The Most Beautiful Race in the World”