Via Crucis in Matera

The year 2019 was the year of Matera: the “European Capital of Culture” reserved for the elite. Among the numerous cultural initiatives that were planned throughout the entire year in the city, this particular adventure is a journey of Matera’s Via Crucis or the Stations of the Cross. 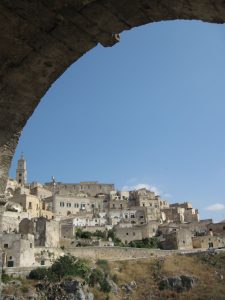 When I go to a city, the first place I typically visit is the tourist office for a map and then, I get lost …

Yes. I lose myself. That is, I begin my visit without a precise destination and let myself be guided by chance, but with the certainty (provided by the map) of knowing where I am.

Matera, known as the “City of the Stones” has a special charm and due to its unusual configuration, it has also been chosen as a film set for many films, including Mel Gibson’s The Passion of the Christ.

The Christian religion is well represented in this city by numerous churches, both in masonry and in the walls of the stones caves. Via Crucis winds through the city’s streets.

During my visit, I came across the fifth station by chance and came up with the idea of ​​experiencing the city along the path of the stations.

Since I started with the fifth, I decided to work backwards finding the fourth and the third, but to no avail, I couldn’t find the second and first.

Without losing heart, I left from the third station and started my hunt. Hunting is the appropriate word because the stations are not at all visible. Even if there are some indications, some are placed in small courtyards, near houses and sometimes covered with vases and flowers. 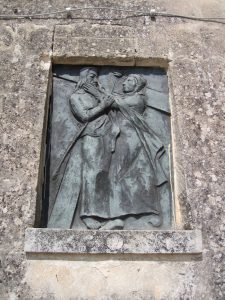 The path is fascinating and climbs up the narrow streets bringing you to parts of the city where you can enjoy the panoramic view of the Murgia– an image that will be forever with me!

The Via Crucis ends in the Madonna de Idris Church located in the center of Sasso Caveoso. On my way back to my hotel, I tried to look for the first two missing stations, but I didn’t succeed. I was left with a void, a disappointment, and unfulfilled.

In the evening, I returned to the church of San Pietro Caveoso where I had already been in the morning and had been impressed by its interior. I admired the piazza outside it and the magnificent panorama through an arch on its left … and, well lit in the darkness of night, I found the station! You can only imagine the joy I felt!

Of course, I started looking for the second station because it couldn’t have been far. Once again, to no avail, it remained an enigma. 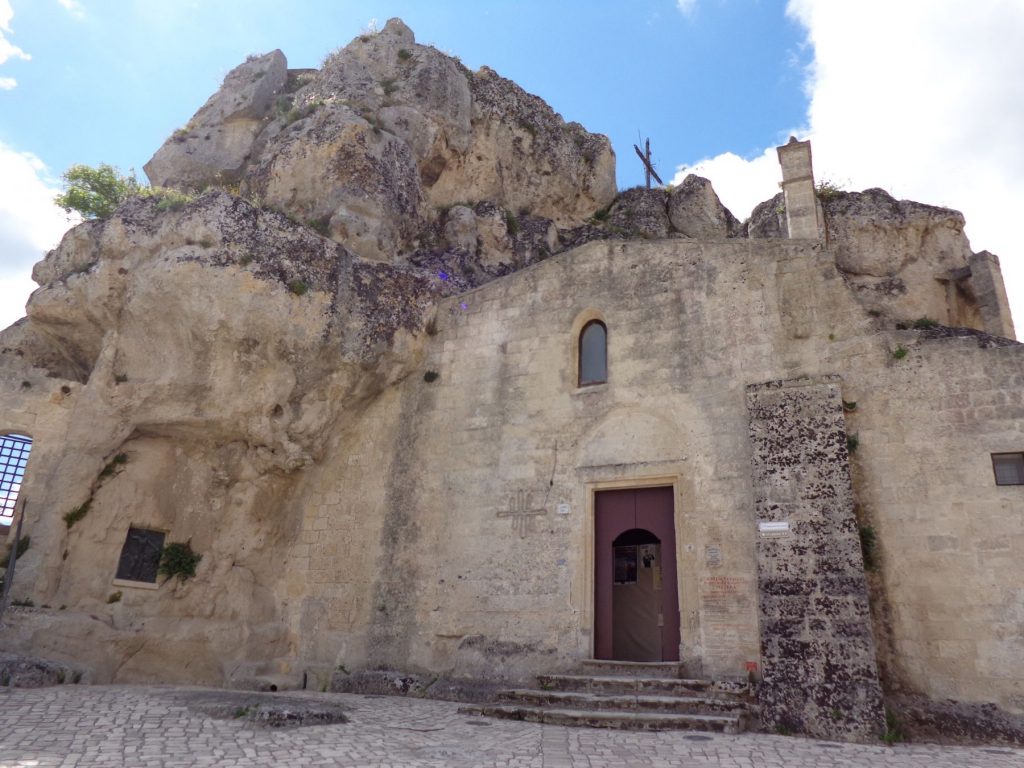 Unfortunately, my journey had to end the next morning and so, dear readers, if you have the opportunity to visit Matera, I entrust you to the task of looking for the second station! I’ll be anxiously awaiting your report.