Visiting the Village of Piediluco and Its Lake in Umbria

On the border of Umbria and Lazio lies the village of Piediluco and its splendid lake. This charming area of Umbria is off the beaten path and just waiting to be explored. It makes a lovely trip when visiting nearby Nera River Park and one of the most famous falls in Italy, the Cascata delle Marmore. It is also along the pilgrimage route that follows the path of St. Francis of Assisi: St. Francis’ Way.

Piediluco is Umbria’s second-largest natural lake, after Trasimeno. Even though it only sits at about 370 meters above sea level, it is often compared to the Alpine lakes of northern Italy. Throughout the year, Piediluco’s color changes from emerald to an almost transparent blue reflecting the surrounding landscape. 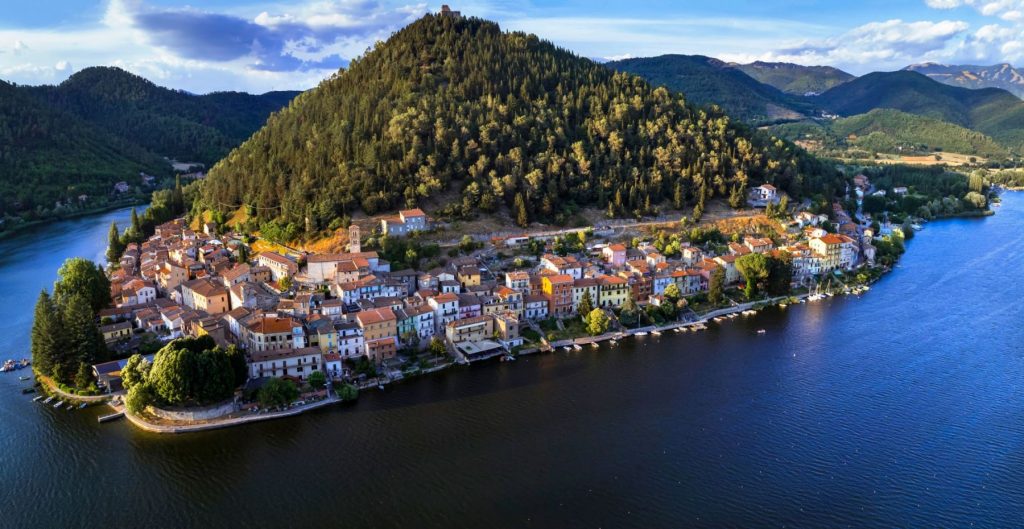 Boat rides are available year-round and depending on the season, you can even book a tour that will take you from Piediluco along the Velino river and on to the Marmore Falls. Sailing, windsurfing, kayaking, and fishing are all widely practiced here. You can also rent a pedal boat and an umbrella and chaise lounge on any of the three sandy beaches of Miralago, Velino, and Ara Marina. You’ll definitely notice the presence of rowers because Piediluco is where the Italian National Center for Olympic Rowing Preparation is based.

If the temps are too chilly to be in the water, then you can always explore the lovely wooded area around the lake and the numerous nature trails available. After a short one-kilometer hike through the Holm oaks, you can reach an elevation of 600 meters and admire the statue of the Virgin Mary placed here in 1903.

Literally translating to “at the foot of Mount Luco”, the village of Piediluco is completely charming. This tiny hamlet of just over 500 residents is well worth exploring.

One of the highlights is the gothic Church of St. Francis erected in honor of the saint in the early 13th century. It’s a historical fact that Francis spent a lot of time in this area of Umbria. In fact, St. Francis’ biographer, Thomas da Celano, mentions Francis crossing Piediluco Lake on numerous occasions and tells of two specific accounts of blessings over animals on the lake. Since 1999, the church has also housed relics of the saint. 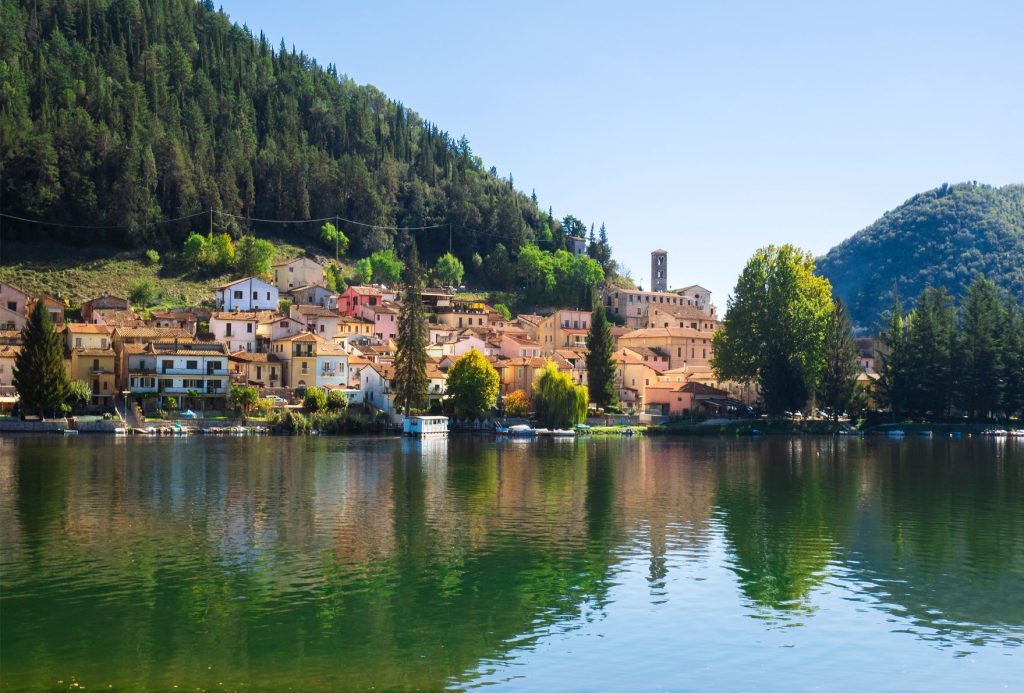 The castle known as the Rocca di Piediluco or the Rocca di Albornoz is a massive fortress dating to the early 14th century. It is perched at the top of Mount Luco and surrounded by what was once believed to be a sacred forest. Despite its current state of abandonment, it’s still worth the drive or the hike to see its exterior and enjoy the panoramic views of the lake.

Interesting Facts About the Lake

Galileo Galilei sailed this lake in 1624 where he conducted various experiments in the field of physics. Much later, in the summer of 1961, Brigitte Bardot was captured sunbathing in her iconic bikini and relaxing on the shores of Piediluco.

Read more about the nearby city of Terni.

Post Views: 57
Redattore
Vernante: The Village of Pinocchio
The Perfect Getaway: Murano in the Venetian Lagoon