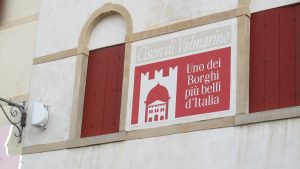 ArtigianatoVivo is an artisan festival held from 5 to 15 August in Cison di Valmarino in the province of Treviso, between Follina and Vittorio Veneto. It has steadily and increasingly attracted thousands of tourists from far and wide since 1980. There is talk of a turnout of 400,000 people this year.

The town of Cison – which has recently been inducted into the exclusive “club” of Borghi Più Belli d’Italia (Most Beautiful Villages of Italy)– comes to the forefront of excellent artisan craftsmanship that Italy truly does best.

200 exhibitors will present their unique products made strictly by hand at stands throughout the village. These types of festivals keep the Italian tradition and the art of “know-how” alive in this technological era in which craftsmanship is slowly dying.

In conjunction with the event, the Proloco organizes a series of side events such as concerts, animation shows, exhibitions and literary meetings. 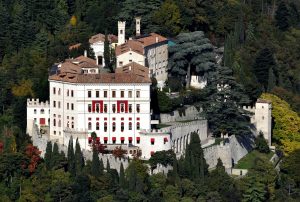 As I said, the tourist turnout is very high, and the whole territory merits a holiday of at least a few days. The artisan festival is a great opportunity to explore this beautiful area.

Cison di Valmarino is located in Valmareno, a valley dominated by the fortifications of the XII century Brandolini Castle which has been converted into a luxury hotel.

The Brandolini Counts were men of arms in feudal times and later became gentlemen dedicated to the economy, leaving an indelible imprint throughout the village.

The heart of the historic center is Piazza Roma which is dominated by Palazzo Marcello. It was the ancient Venetian villa of the Venetian doges Marcello, famous winners of the battle of Lepanto and the Loggia.

You will notice while walking through Cison that almost all the old houses have red or maroon shutters; a red that in these parts is called Rosso Brandolini. 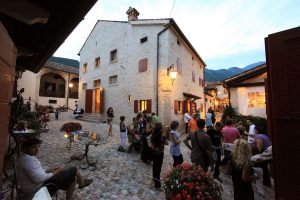 Another example of the restoration of feudal buildings is the Antiche Cantine Brandolini. The building already appeared, as a basic structure, in fifteenth century maps. It has always been a particularly important place for the life of the village: built by the Brandolini family, it was initially used as a stable and then adapted to the wine production and conservation of agricultural products. It’s proof that the viticulture industry was already present in this area in distant times due to the high demand from Venice and the entire Veneto region.

As early as 1440, Valmareno already specialized in the cultivation of vines … and even today the entrire economy of the area is based on the production of wine, especially Prosecco.

Needless to say, this is an area where food and wine tastings are among the top tourist attractions. 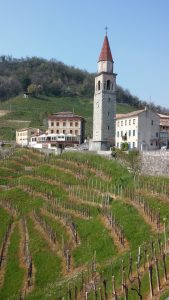 You can not go to visit Cison di Valmarino without going through Rolle, a very small town surrounded by Prosecco vineyards. The poet Andrea Zanzotto defined it as “a postcard sent by the gods”. Beautiful all year through, the most fascinating season to visit Rolle is undoubtedly in autumn when the hills glow red.