Ravenna Mosaico from 6 October to 24 November 2019 in Ravenna the sixth edition of the Contemporary Mosaic Biennial will be held. Works and artists from all over the world meet in the capital city of mosaic.

Ravenna is opening up its most evocative places to artists from all over the world: monuments, museums, cloisters and symbolic spaces of the city become exceptional galleries in which ancient art and contemporary art are in constant dialogue.

At the MAR – Art Museum of the city of Ravenna, two major exhibitions take place that show how the mosaic can lend itself to the most diverse interpretations: Chuck Close’s Mosaics curated by Daniele Torcellini and Riccardo Zangelmi’s Forever Young curated by Davide Caroli. 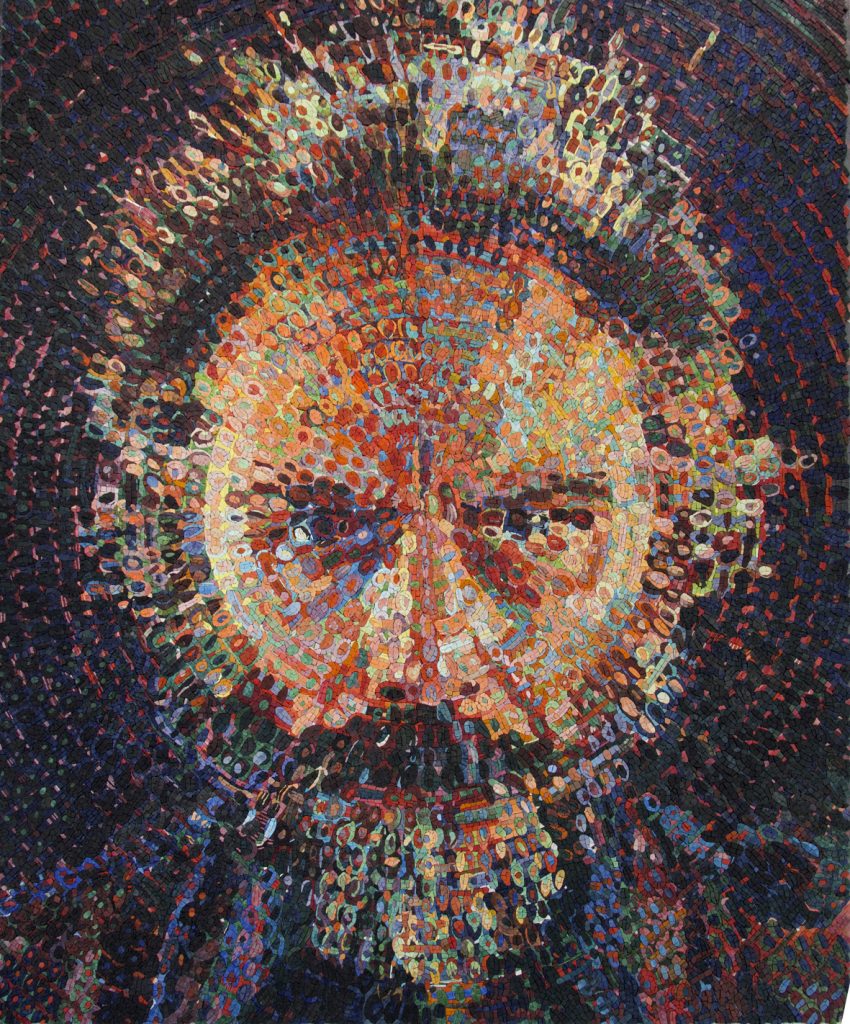 A prominent figure in contemporary art since the early 1970s, Chuck Close is an internationally famous artist for his portraits, painted on a monumental scale from photographs. Over the years, Close has explored a wide range of techniques, processes, and materials up to the use of mosaic following his involvement in the public art project for the New York Metro. The Subway Portraits series consists of twelve works, in mosaic and ceramic, and was commissioned by the Arts & Design program of the Metropolitan Transport Authority, in 2017.

The exhibition at the City of Ravenna Art Museum presents the new series of mosaic works, flanked by related works such as prints, tapestries, and photographs, and also documents the work done by Mosaika Art and Design and Magnolia Editions for the realization of the works installed in the Second Avenue-86th Street station in New York City.

The second exhibition of the MAR is an opportunity to become children again, thanks to the work of Riccardo Zangelmi, the only Italian LEGO® Certified Professional artist, within a very small group of only fourteen people worldwide. An immersion in a creative journey between objects, memories and fantasies related to the world of childhood thanks to more than twenty works realized with over 800 thousand LEGO bricks of different sizes and colors. To celebrate the city of Ravenna, the artist has created an original sculpture depicting Dante Alighieri. 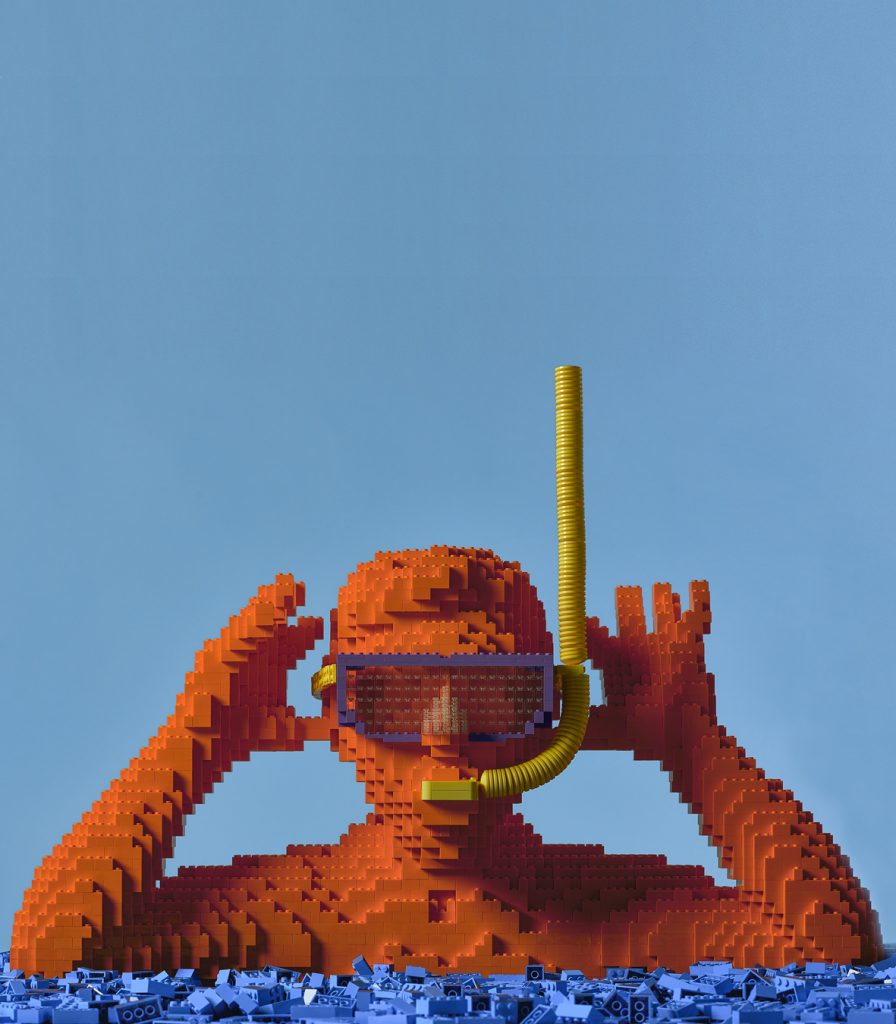 Both exhibitions will remain open until 12 January 2020 and well beyond the end of Ravenna Mosaico 2019.
From 15 to 17 November the MAR will be “invaded” by the fun and surprising creations in LEGO bricks of the Ravenna Brick Festival created by the Romagna Lug group.

In addition to the MAR exhibitions, numerous other events are planned, in a path of confrontation and collaboration that involves different subjects and some new realities.

Palazzo Rasponi dalle Teste will host Works from the World, the traditional exhibition competition by AIMC (International Association of Contemporary Mosaics) with a Dante theme this year.

The historic Classense Library opens all its spaces to the Biennale: from the exhibition rooms to the reading rooms, from the cloisters to the most representative environments. The Academy of Fine Arts of Ravenna, at the Manica Lunga of the Classense, presents the evocative project entitled Incursioni, or a fascinating interweaving of stories within which the visitor can follow the threads of the new creative experiences of the youngest mosaic artists.

At Classis – Museum of the City and the Territory the exhibition curated by Giuseppe Sassatelli entitled Sea Tiles. From the ancient mosaic to the modern copy, an exhibition of Roman floor mosaics with a marine subject that highlights a central aspect of the new Ravenna museum, namely the relationship of the city with the sea.

The city of Ravenna has even more planned! Check the official website for details! 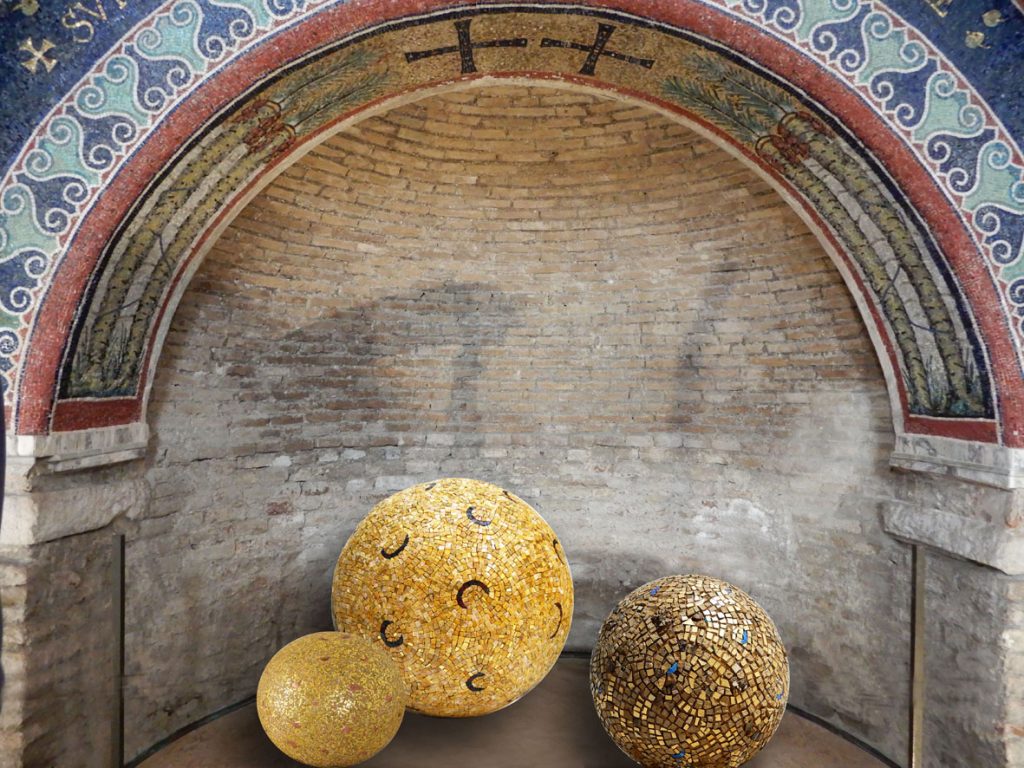