The Devil’s Bridge and Castles in Friuli

Whether you happen to be traveling during late October and early November, or any other time of year, Italy’s Friuli region will astound you. The “Devil’s Bridge” and nearby castles are home to mystical worlds of ancient legends and enchanted tales. These unique locations will nourish the spirit with their scenery and unforgettable flavors. 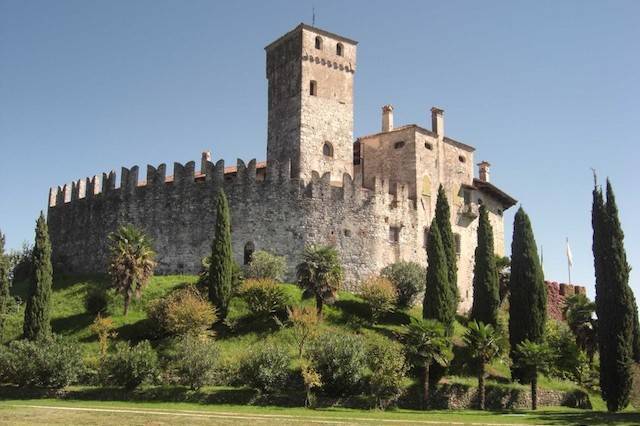 Fagagna, in the province of Udine is a diverse and very hospitable village, rich in culture, tradition, and… unexplained events. “La Brunelde” is a casaforte or a safe-house built in the thirteenth-century on pre-Roman ruins, where Marco D’Arcano-Moruzzo, a nobleman who belonged to an ancient family of Friuli, was beheaded in 1421. It is said his ghost is still there holding its head under its arm watching over its treasure.

Also in Fagagna lies the most important medieval Friulian manor: the Castle of Villalta. It plays host to a piano festival and various events during the year but is apparently still haunted by the ghost of the beautiful Lady Ginevra of Strassoldo.

According to some sources, Ginevra was killed in revenge by Count Federico di Cucagna. Another version claims that after having turned into a statue to ward off the insistent approaches of Count Federico, she forever remained in the castle to wait for her beloved spouse Odorico who had left for war and never returned. It is said that, even now, during the full moon, her harrowing lamentations can still be heard in the halls of the manor.

About 40 kilometers from Fagagna, along State Road 54, you’ll reach the town of Cividale which merits a lengthy stop for its beauty alone. According to tradition, it was founded by Julius Caesar and is historically remarkable for being the Lombard capital of Friuli. Cividale stands on the banks of the Natisone river and boasts countless monuments and places of interest. From noble residences (including Palazzo Conti-Paciani and Villa Di Lenardo) to its churches (Cathedral of Santa Maria Assunta, next to the Christian Museum) and the Celtic Hypogeum. 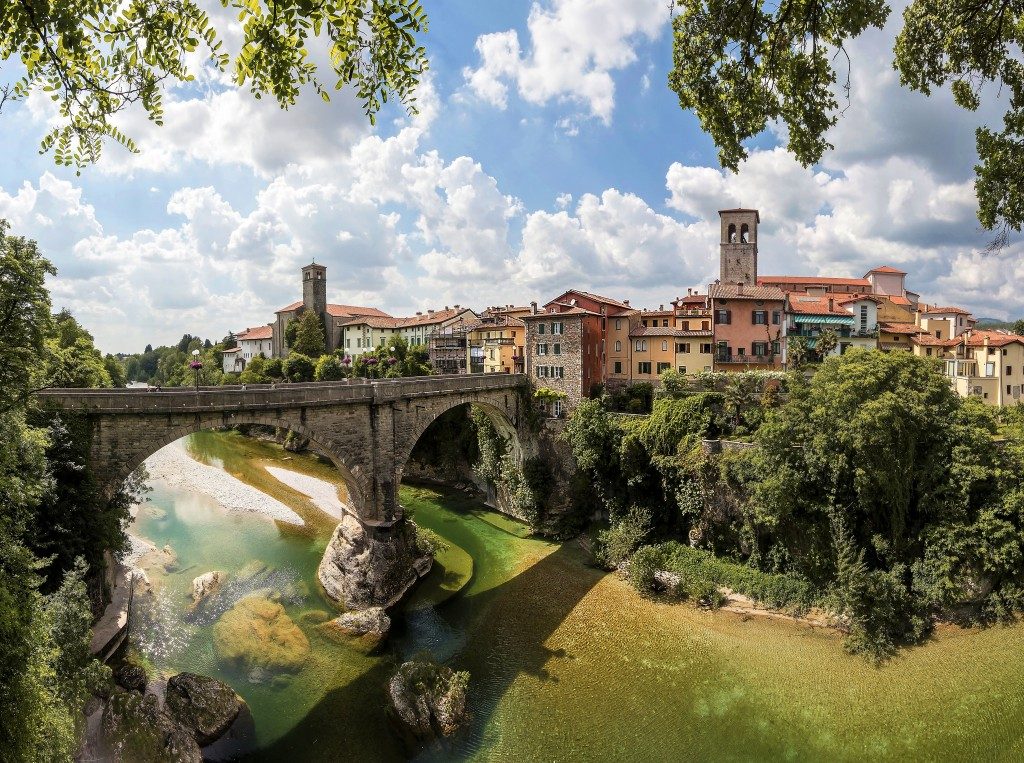 Possibly the most well-known of all its sights is the Devil’s Bridge or il Ponte del Diavolo. Not only does it have a breathtaking view of the river, but also a curious legend.

It is said that the ancient people of Cividale were not able to build their greatly needed bridge due to the challenging terrain. They resorted to asking the devil himself for help who agreed to build the bridge in exchange for the soul of the first person who crossed it. The cunning citizens did not sacrifice one of their own, but instead, they sent a dog to cross it first and fooled the devil.

The distance between Cividale and Fagagna is short, but all along the way, travelers will find numerous family-run trattorias ready to serve and welcome guests with enthusiasm and hospitality. A love of tradition and simple recipes derived from local products are the main ingredients of the tasty cuisine, prestigious wines, and renowned grappa.

Post Views: 1,828
Redattore
What to See in Bologna in the Heart of Emilia-Romagna
Historical Sites in Italy: Aristocratic Villas in Messina